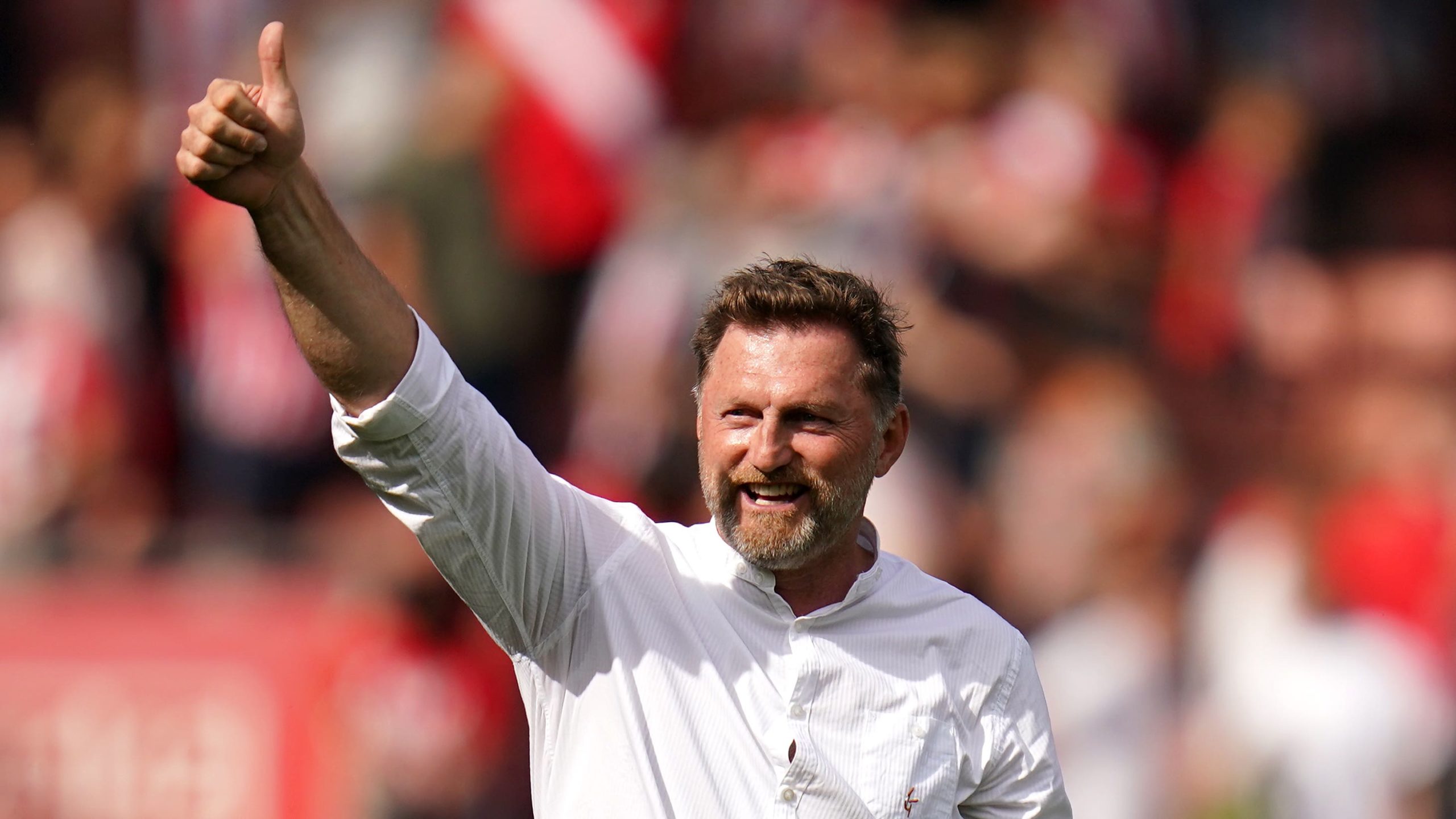 Southampton boss Ralph Hasenhuttl feels marginal gains can make a big difference as he aims to turn the team’s fortunes around.

Should results go against them on Saturday, Southampton could drop into the bottom three before they tackle the Irons.

While losing 4-0 at Manchester City offers little positive analysis, Hasenhuttl believes he has seen enough promise in other recent displays – providing they can get key moments to fall in their favour.

“Very often you speak about how the margins are sometimes, (for them) to be on your side for winning a game,” Hasenhuttl said.

“You take the last home game against Everton, we were 1-0 up and then conceded two goals in five minutes, although we had the chance for a second goal. These are the margins you have to put on your side.

“We have to show all together that we are able to do this and to bring these margins on our side to be successful again and to be able to win a game.”

Hasenhuttl added: “We talk about the toughest league in the world and even if you perform well, then it is still not so easy for us to win games.

“We have we have shown that we can win against Leicester and Chelsea, who are not the worst team in the league.

“But also when you win two games and then after this not so bad a start, you fall apart and cannot take a point from four games, this is what hurts us in this moment.

“Definitely against Wolves and Everton it was possible to get more than then only a good performance, but finally it was not enough.”

While the Saints might have slipped down the table, West Ham continue to look upwardly mobile.

David Moyes’ side beat Anderlecht in their Europa Conference League tie at the London Stadium on Thursday night for a fourth straight win in all competitions.

West Ham finished seventh last season, and while they may have gotten off to a slow start to the Premier League campaign, Hasenhuttl is not surprised to see them moving in the right direction again.

“Maybe at the beginning they have not shown their full potential that they show now,” the Southampton boss said.

“This is a team this season with more alternatives, they have to have it because of the (Europa) Conference League and that they are playing again a lot of games.

“They are finding the rhythm now and have a lot of quality up front and the back, everywhere.

“For us we need to have an absolutely good committed performance and then be scoring the goals in the right moments, what we have done last season against them – this is what will be needed again.”