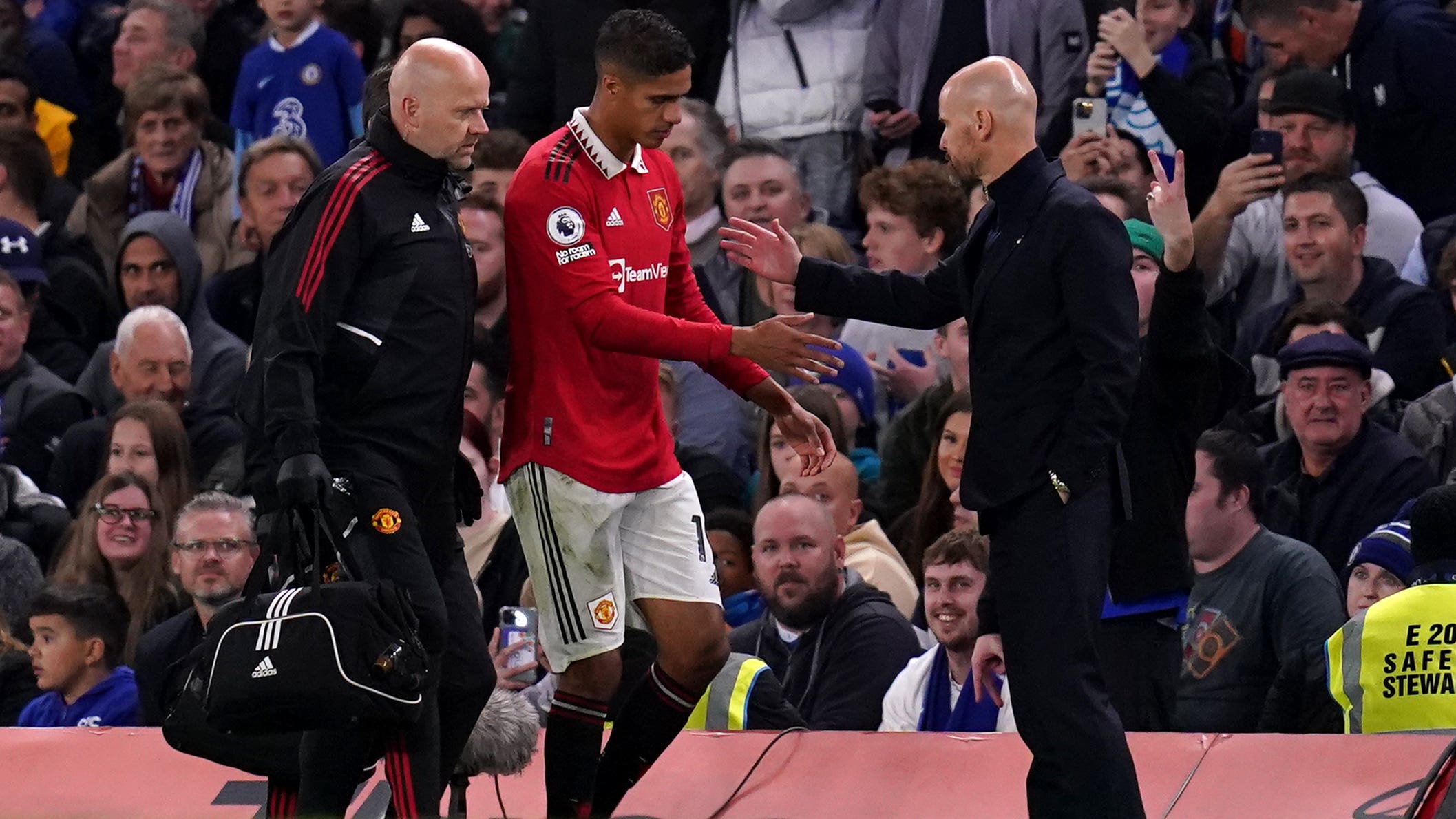 United boss Erik ten Hag insisted club medics will need a day to assess the France defender, who was distraught at hobbling out of the game.

Varane was left in tears, even punching the corner flag in frustration when leaving the field.

The 29-year-old’s reaction suggested a possibly bleak outlook, but boss Ten Hag refused to be drawn too soon on the prognosis.

Asked about Varane, Ten Hag replied: “There’s nothing in this moment, he came off but with an injury like this you always have to wait a minimum of 24 hours and the medics can do their job.

“The medics have to do a job, make their assessment, set the right diagnosis and from there on we can come to a conclusion.”

Jorginho’s late penalty had Chelsea battling to hold out for a win, before Casemiro levelled with a header from Luke Shaw’s cross four minutes into added time.

Ten Hag hailed United’s comeback draw, but insisted the boost to his squad would have no impact on Ronaldo’s situation.

“Of course it is a big moment, to get a point here, to collect the point, a well-deserved point,” said Ten Hag.

“But it doesn’t have any matter with that case as you mean (Ronaldo).

“It’s more important to have the right culture and the right standards for us to live by. That will always bring you to the right position.

“I’m happy with this game, we created two or three really good chances, then they switched system.

“After half-time we were again organised, on the ball. I thought 1-1 was a fair result.

Chelsea started slowly and were overrun in the first half-an-hour, leading Potter to hook Marc Cucurella in favour of Mateo Kovacic to facilitate a formation switch.

Potter admitted Kovacic continues to carry a knee problem, leading the Blues to be careful with their Croatia creator.

“The first 30 minutes United were better, they forced us back and we had to adjust to try to get another player in midfield,” said Potter.

“From that point I thought we did well in the game, we’re disappointed of course to concede but we didn’t do enough to win the game I don’t think.

“Mateo has been nursing a knee issue for all season pretty much.

“So with the schedule of Sunday, Wednesday, Saturday, it’s impossible for him to start all the games.

“We’d actually planned for him to play less than he has.”