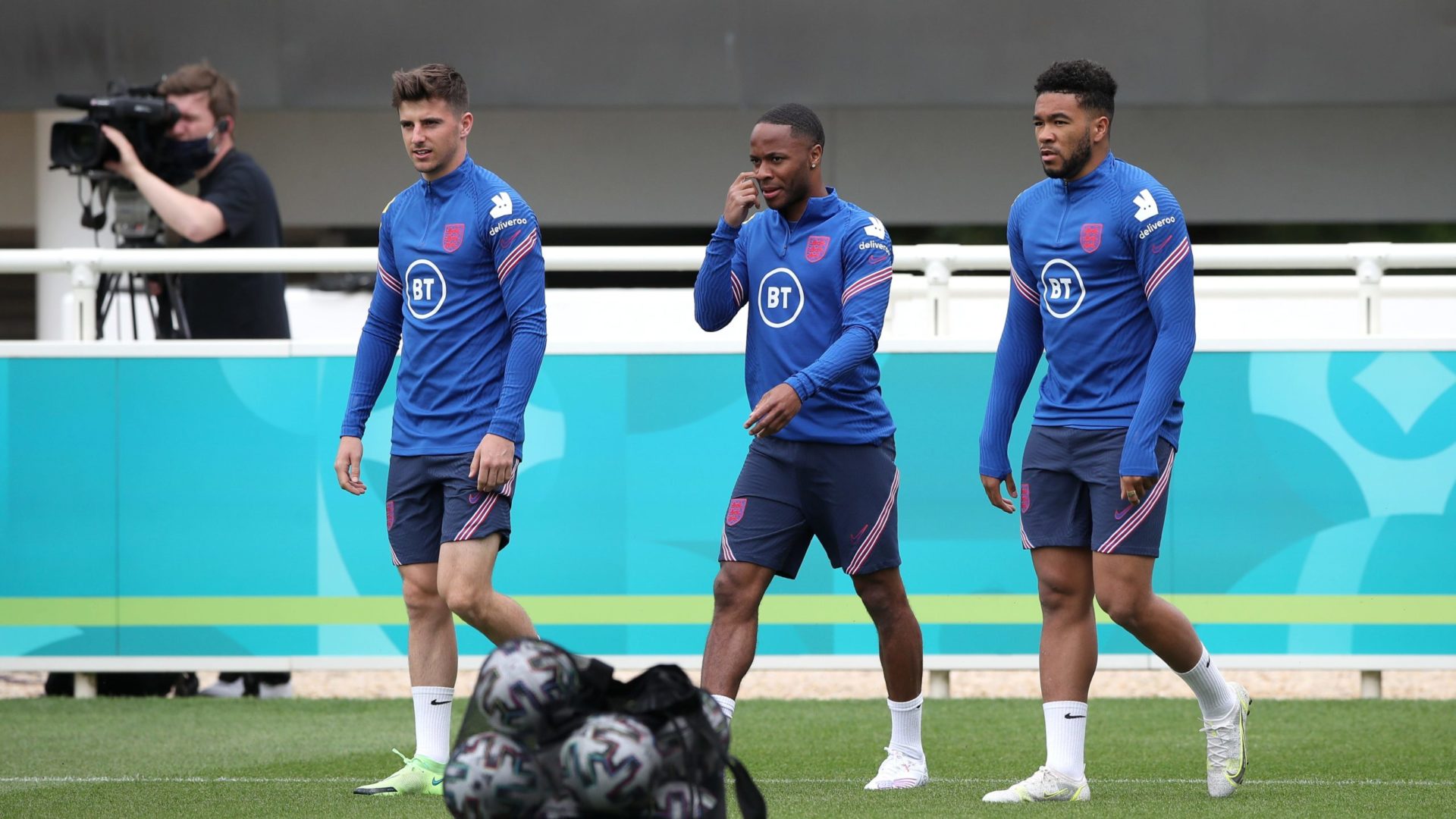 Reece James relieved to have Raheem Sterling on his side

Chelsea defender Reece James has admitted his relief that he no longer has to play against “nightmare” opponent Raheem Sterling.

The former Manchester City frontman completed an eye-catching move – which is understood to have cost the Blues £47.5million – to Stamford Bridge on Wednesday to link-up with England team-mate James, and the 22-year-old defender was even happier than most at his arrival.

Speaking from Chelsea’s pre-season training camp in Los Angeles, James told the club’s official website: “Playing against him is a nightmare, so I’m pretty happy that he’s here now and I don’t need to play against him anymore!

“The way he plays, he’s so small and sharp. He looks small but you don’t realise how strong he is. He never stops and is always trying to run in behind and stuff.

“I remember he had a good game in the Champions League final. It was an even battle – he beat me a few times and I won duels a few times as well, so it was a tough game between us.”

Sterling’s capture represents a statement of intent by Chelsea, who finished third in last season’s Premier League, as they attempt to close the gap on top two City and Liverpool.

James said: “He can be quiet and he can be loud as well but he’s great to be around and a top guy off the pitch. He will bring good energy.

“On the pitch I don’t really need to talk too much about what he does. He’s been at the top of the Premier League for the past 10 years and he’s won a number of titles so hopefully he can help bring some special moments to us as well.”

Fellow England international Mason Mount too knows exactly what to expect from the former Liverpool winger.

The 23-year-old midfielder said: “He’s someone that I’ve got to know more and more over the last few years. The way he is as a person and the way he is on the pitch, he’s someone who demands the highest level from himself and the players around him.

“He’s been a leader and captain a few times when I’ve played, so he’s someone that I’ve definitely learned a lot from, being that close to him.”

Sterling, 27, won four league titles during his time at the Etihad Stadium, and Mount is convinced his winning mentality and hunger for more will aid Chelsea’s cause.

He said: “We always have our competitions after training with England and he’s a top, top finisher. He’s a top-class player, one of the best in the world, so we just need to bring the best out of him.

“It’s a massive plus for us that he has chosen Chelsea. Being back in London where he’s from and close to his family, bringing his best football, that’s exactly what we want.”