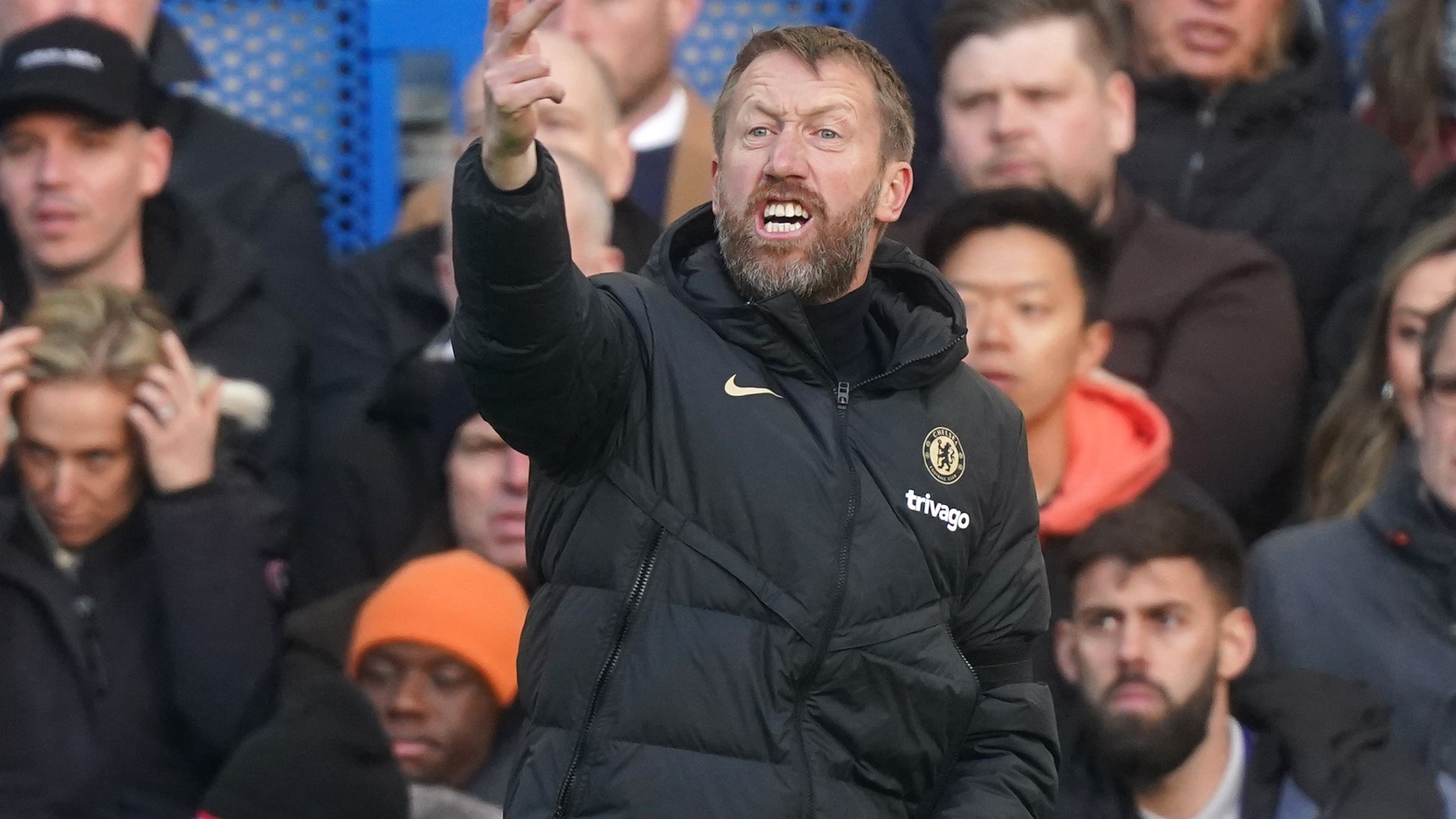 Relieved boss Graham Potter: Chelsea supporters got us over the line

Graham Potter praised Chelsea’s supporters for getting his team “over the line” against Crystal Palace at the end of a difficult week in which fans had sung the name of his predecessor Thomas Tuchel.

Kai Havertz’s 64th-minute header earned the Blues a 1-0 win as boss Potter finally found relief following a torrid spell which had seen his side win just once in nine league games.

There was a feeling of togetherness between players and fans around Stamford Bridge on a day that began with an emotional tribute to former manager Gianluca Vialli who died earlier this month.

“Fantastic,” said Potter. “An emotional day, because of the tributes to Gianluca, which I thought were very fitting for a man of his quality.

“I thought the crowd were great today – in terms of supporting the team and recognising the moment we’re in and recognising the young players on the pitch. They stuck with the guys and got us over the line. In the end, it’s an important three points.

“I’d be lying if I said I wasn’t relieved, because it’s nice to get a win. You have to deal with the bad times, deal with the tough situations, accept the criticism that comes your way and take your responsibilities. That’s what we’ve tried to do.”

Potter gave a debut to 21-year-old defender Benoit Badiashile, who impressed alongside Thiago Silva as Chelsea earned just their second clean sheet in the league since October.

Stamford Bridge was also buoyed by the half-time on-pitch unveiling of new signing Mykhailo Mudryk, who has joined on an eight-and-a-half-year contract from Shakhtar Donetsk for an initial £62million, possibly rising to £88m.

It will provide respite for the manager as he continues to wrestle with an injury crisis that has left him without 11 first-team players.

“Benoit did really well,” said Potter. “It was a good game for him. (Kalidou) Koulibaly’s had a lot of football recently. The turnaround from Thursday night to today was really big.

“You can see (Badiashile’s) quality, he passes the ball well. When he needed to head it out, he did. He’s adapting to the Premier League and that’s going to take a bit of time. He’s a young player and I think he’ll get better and better. The first game was very positive.

“The players have suffered of course, it’s not nice. That’s why it’s important to enjoy the win today. It’s three points and it gives us a shot in the arm for the weekend.

“I think we’ve got to be careful. You’ve got to understand that we’ve got 11 players unavailable, so obviously you can’t just sign players to replace those because in the end you will have a squad of 30. So you have to do the right thing, look at what the right solutions are.

“My job is to support the club, make the right decisions, and help the team improve.”

Palace boss Patrick Vieira was booked for remonstrating with officials and believes his side were on the receiving end of some poor decisions.

“I think we did enough to at least get a point today,” he said. “There was a lot of frustration (with the officials) from my side. I think we get too many decisions against us.

“What is important to understand is that we don’t want any kind of favour, we just want to be treated like everybody else.

“I think today there were too many decisions that went against us and the frustration grows game after game.”