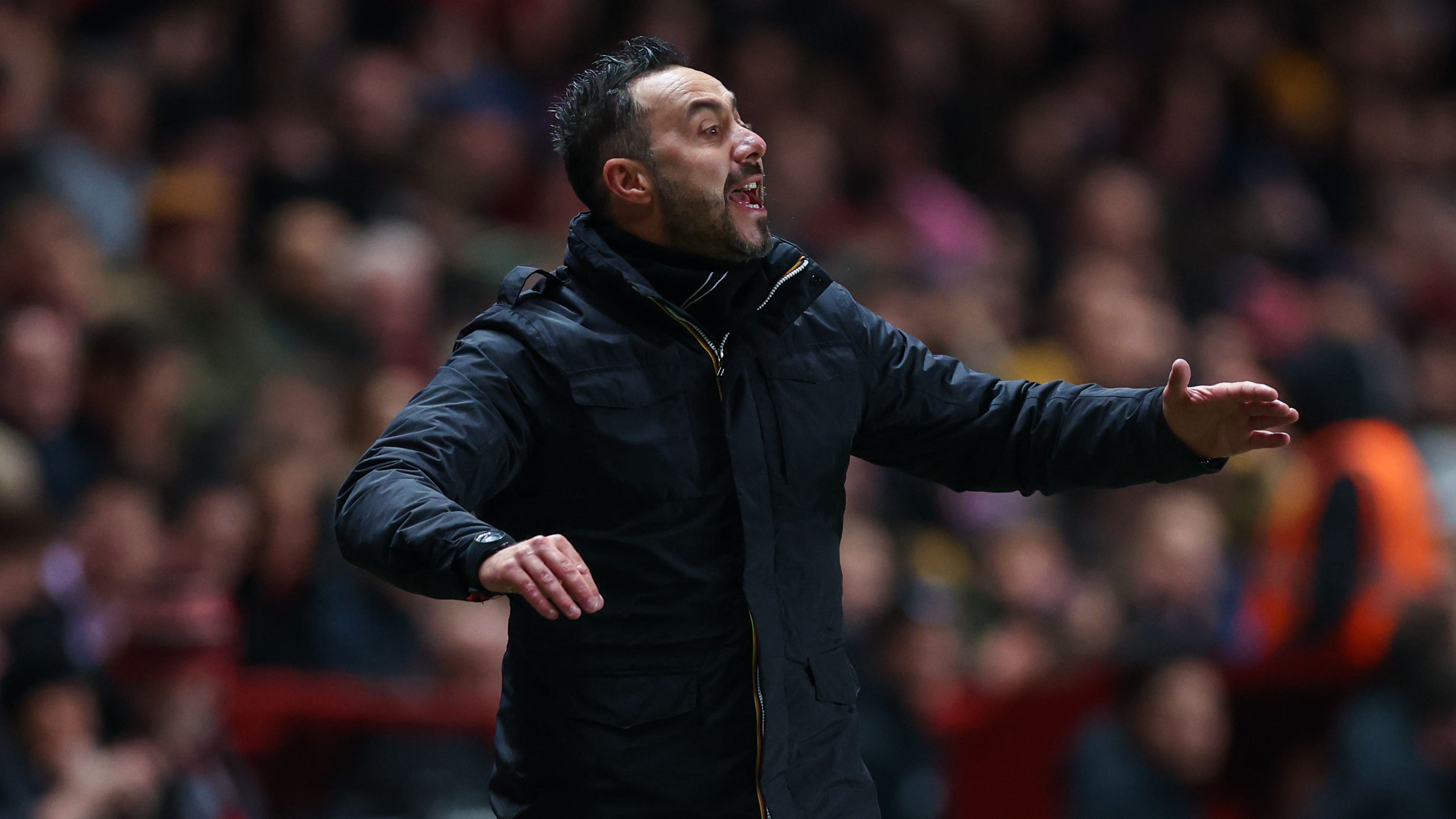 Brighton boss Roberto De Zerbi is looking for a “good answer” when his side face Southampton on Boxing Day aiming to bounce back from the Carabao Cup exit at Charlton that left them “angry”.

The Seagulls’ first match back in action after the World Cup saw them lose 4-3 on penalties to League One strugglers Charlton on Wednesday after a goalless draw, with De Zerbi apologising afterwards to travelling fans.

Speaking at a press conference ahead of the team’s Premier League resumption at Southampton, the Italian said: “Charlton was a bad result, we are angry for this game.

“We lost a game we could win easy, in terms of chances to score. I think we didn’t play bad, I think we played a good game, not a fantastic game – but a good game enough to win.

“But we have to learn when there is these type of games, we have to be more aggressive to find the right moment to score, because I think in the game we thought ‘OK, the next action we score, the next action, we score’, and the time goes on. This was a problem for me.”

De Zerbi, who arrived in English football as successor to Graham Potter at Brighton in September after managing in his homeland and then at Shakhtar Donetsk, added: “For me, when there is football, it is always like Christmas Day.

“Now we want to play a great game on December 26 because the result with Charlton was difficult to accept.

“This period, Christmas, in Italy, was totally different, but for me nothing can change. I’m happy to play on Boxing Day, December 26, it doesn’t change anything. I’m focused only on Southampton, to prepare the best way the game.

“It’s a difficult game but I believe in my players and I think they suffered the last result and I wait for a good answer on the pitch.”

Brighton, currently seventh in the league table, face a Southampton outfit who lie second-bottom and in November sacked boss Ralph Hasenhuttl and replaced him with former Seagulls player and coach Nathan Jones.

Jones then oversaw a 3-1 loss at Liverpool in the Saints’ final pre-World Cup game, then a 2-1 home win over Lincoln in the cup on Wednesday.

De Zerbi said: “They changed their coach, they won the last game in the Carabao Cup. It’s a good team with good players.

“But in this game I think we have to think only of our players, of our team, because we have quality, we have good players to win the game, to play better. We are improving in a lot of things.”