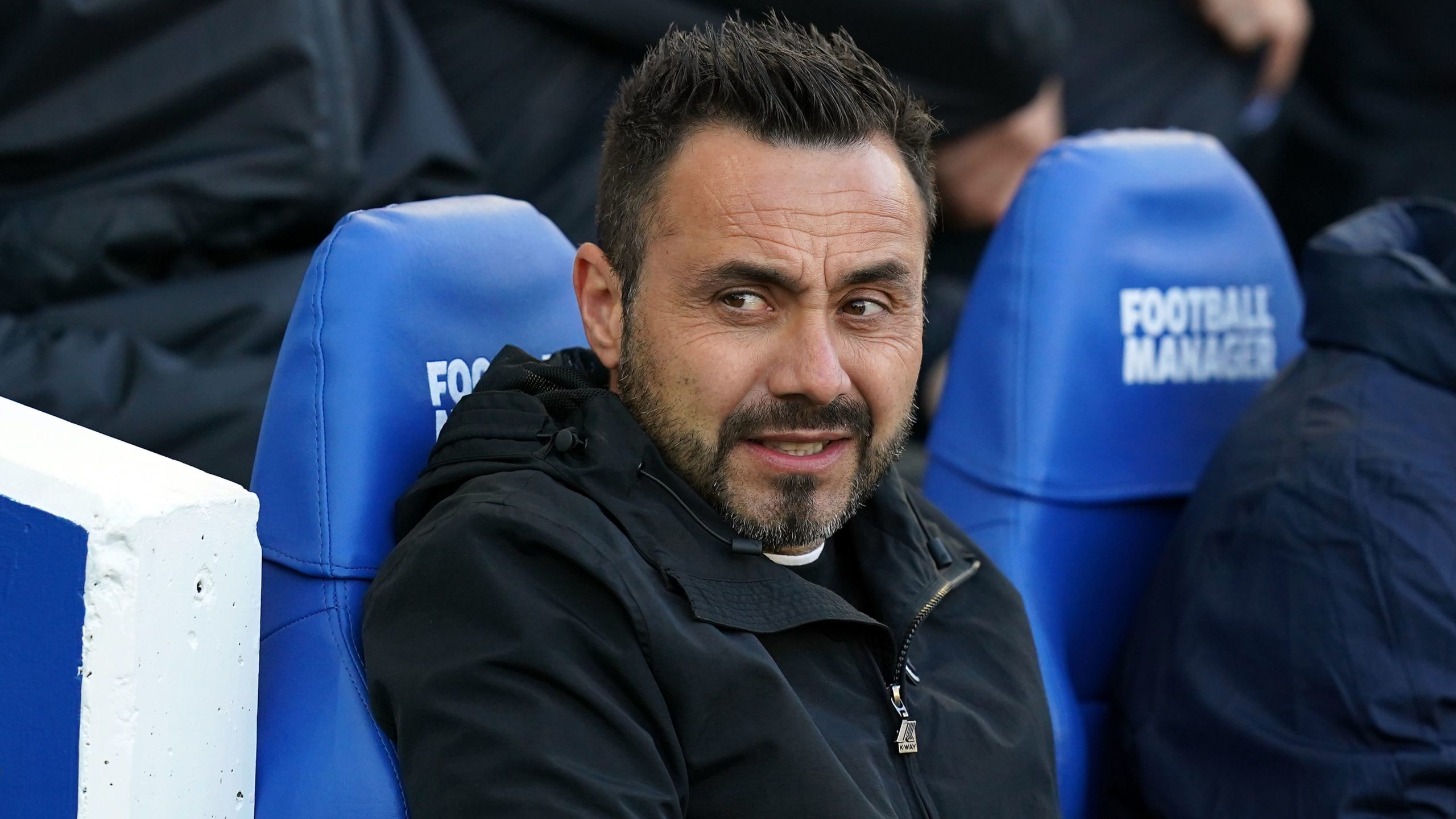 Brighton head coach Roberto De Zerbi will stay true to his vision as he looks to get the Seagulls back on the goal trail as they prepare to face Manchester City.

Since scoring three times to draw at Liverpool in his first match in charge after taking over from Graham Potter, De Zerbi’s side have failed to find the net in three games.

Despite drawing blanks, the Seagulls have registered 54 attempts at goal during their mini drought, which continued with a 0-0 draw at home against strugglers Nottingham Forest.

Leandro Trossard, who scored a hat-trick at Anfield, struck the crossbar in the first half against Forest and suggested afterwards Brighton were perhaps short of belief in the final third.

“We have to improve in the last 20 metres, but I don’t want this to become just the one (only) problem,” the Italian said.

“We have showed good quality of play, in the last two games we had chances to score. We have to continue to play with this quality. We have not to forget our way and our style.

“We cannot change our idea depending only on the result. We have to follow our idea, our way and maybe when we find one goal more, we can change the season.

“I don’t want to change too much because I like the players and this style of play without the ball. With the ball, I am working to change some things, I am thinking about the positions on the pitch.

“But it is difficult to speak about these four games, because I have my vision.”

De Zerbi told a press conference: “We have taken only two points, I don’t want to speak too much about whether we were unlucky or not, but if we speak about the quality of the game, I am very happy.

“It is difficult to listen to a coach say he is happy when I didn’t win, but it is like this. The most important thing for everybody is the result, but one coach can choose the way to arrive to the result, that can be totally different.

“It is not a very nice moment for us in terms of the result, but in these moments you have to be focused on your style. If we play with the same quality of the last games, I am sure the result can arrive.”

A trip to the Etihad Stadium is perhaps not the best place to look to rediscover your scoring touch.

Despite the calibre of the opposition, De Zerbi believes his side should be confident of producing the required performance.

“For me, they are the best team in the Premier League and one of the best in Europe,” the Seagulls boss said.

“You have to defend with maximum concentration and be focused in the duels, but you also have to try to attack.

“For sure we will try to play with the same mentality. After I don’t know the result – but we will leave Brighton to play the same style.”