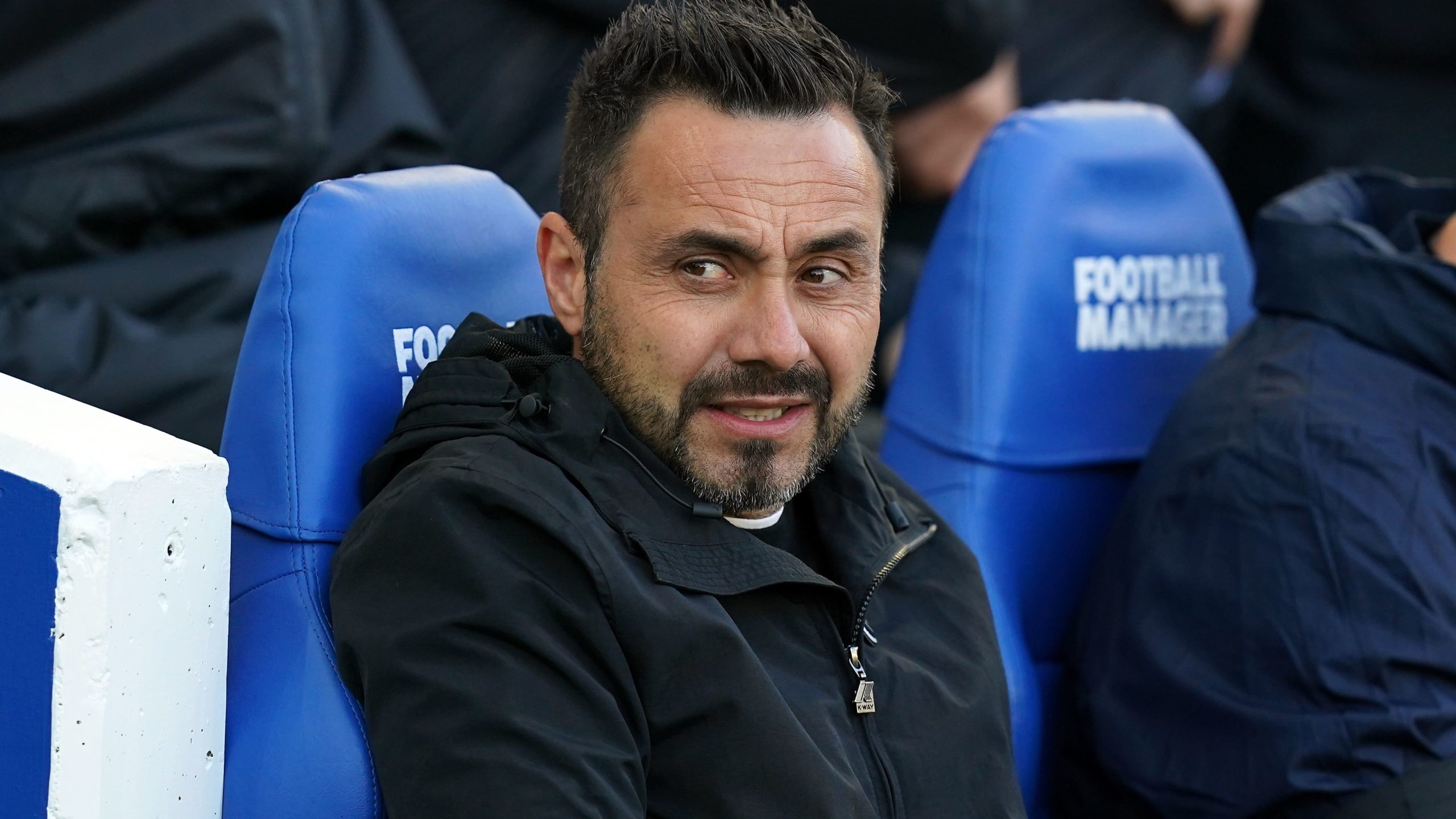 Roberto De Zerbi has explained the “inner-fight” he is wrestling with after replacing the successful Graham Potter at Brighton.

The Italian coach took charge of his first match at the Amex Stadium on Saturday and – despite a fine display – saw his side go down 1-0 to top-six club Tottenham.

Last weekend the Seagulls claimed a point off Liverpool at Anfield to build on an excellent start this season under Potter, who guided the south-coast club to fourth before he departed for Chelsea last month.

Ex-Sassuolo boss De Zerbi has kept faith with the same players and system used by his predecessor but is determined to implement his own ideas.

He said: “The Premier League is very hard like all the other leagues but to substitute Potter is very hard because when you substitute a trainer of a team who is doing very well, you arrive and change whatever?

“When you arrive and the team is already in fourth place, you are either crazy or you need to be very brave because in that moment you have an inner-fight because you have the will to change something and the thought about not changing that much. That’s the problem.

“It is not about difficult or not the Premier League, Serie A or LaLiga. Difficult is to find the right balance to put your idea and not to change too much.

“I think that in these two games you have seen already something from my side. It is clear that I have found already a team that is strong, that knows how to play and is very brave on the pitch.”

After watching Brighton go toe-to-toe with Liverpool and Tottenham in his first two matches, De Zerbi was asked if he believed they could break into the top six this season.

“I know we have to raise up the bar. I am not to set a very high target. I am not worried if I will reach it or not but I am much more worried if the target is very low and to be afraid not to compete with the first six teams.”

Kaoru Mitoma made a big impression in Brighton’s defeat to Spurs and almost produced a wonder goal in the 69th-minute but Hugo Lloris dived at his feet after a mazy run had seen him dribble past Cristian Romero and Eric Dier.

De Zerbi hinted at changing the position of the Japan winger to get him into the team.

He added: “Mitoma is a very good player. He and Adam Lallana changed the game against Liverpool and this was the same.

“I want to find a way to put on the pitch all the players who have quality -but I can only play 11.

“He is a great guy, a great player and in the future we can change positions – not style – but it’s difficult to find the best solution because (Leondro) Trossard is a very good player, (Solly) March too.”