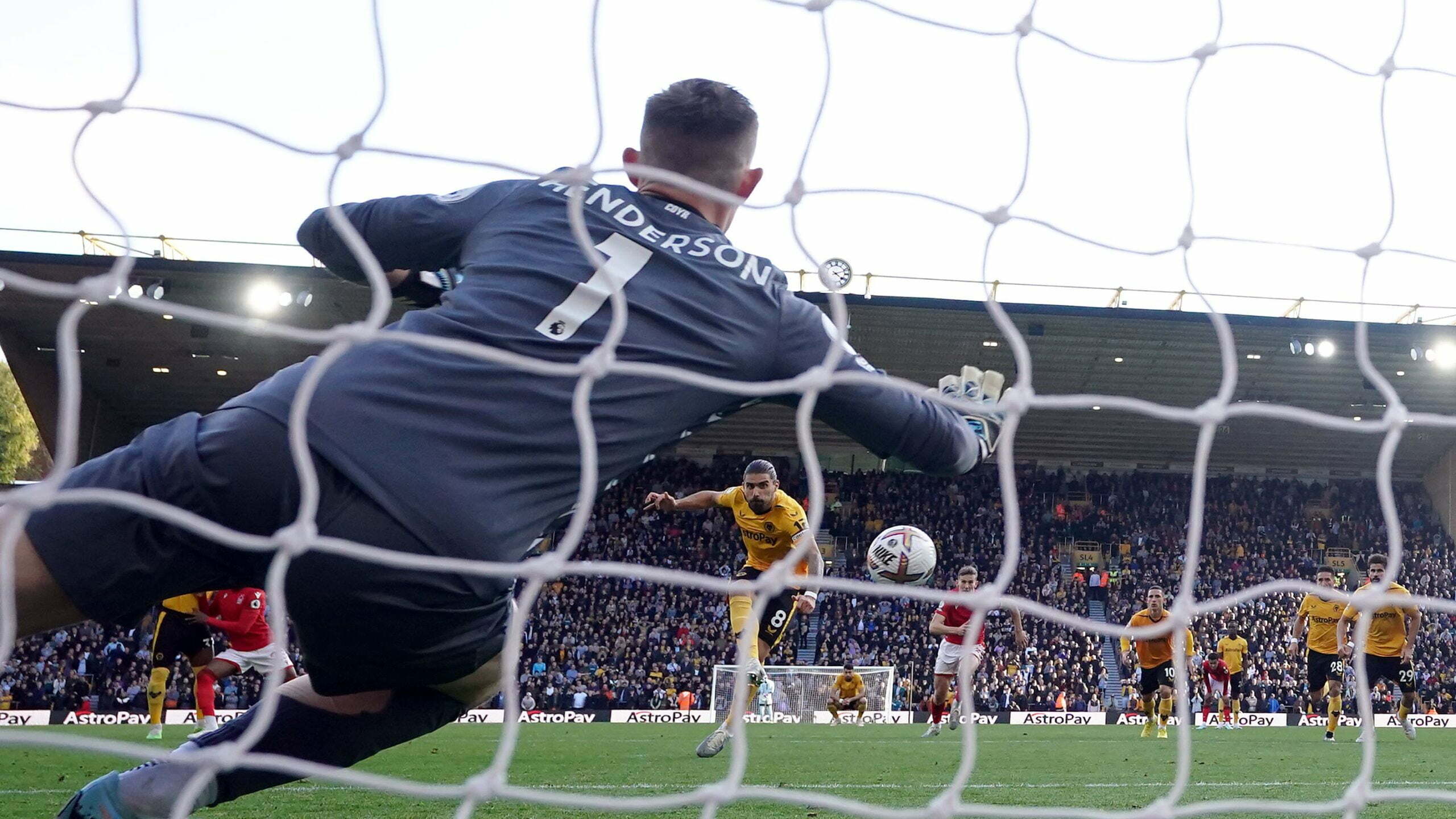 The midfielder scored the hosts’ penalty winner in a 1-0 victory over their fellow Premier League strugglers.

Their first win since Bruno Lage was sacked earlier this month lifted them out of the bottom three before Sunday’s fixtures.

Neves’ penalty was just Wolves’ fourth goal of the season and, after a poor start to the season, the Portugal international understands the need to win.

He said: “We spoke about it all week, we knew the importance of this game for us. Forest tried to slow down the game, taking a lot of time with the goalkeeper, every time they got goal-kicks or the ball in his hands, it took a while to play the game.

“We had a lot of chances in the first half, second half we started really well to the game. We scored and after scoring it’s hard, we wanted to keep the ball, but when you’re in a moment like this, you just want to close your goal.

“Of course, we conceded a penalty, but (Jose) Sa made a fantastic save. They didn’t have too many chances, we were compact, fighting for every ball as if it was the last one, and that’s the spirit we want.”

Sa saved Brennan Johnson’s penalty with 11 minutes left after Matheus Nunes was ruled to have pulled back Ryan Yates following a VAR check having played for most of the season with a broken wrist.

“It was massive. We conceded a penalty from a set-play. We were a bit struggling after our goal, because we wanted to keep the ball, it’s been hard for us to get points,” Neves told the club website.

“Maybe we were a bit nervous after our goal, but Sa is a very good goalkeeper, he showed it last season, he’s showing it again.”

Forest remain bottom ahead of Tuesday’s trip to Brighton after an eighth game without a win.

Boss Steve Cooper said: “We’re trying to improve every day and stick to what we believe is going to be the right way to go. We’re navigating our way through to that.

“The players will want to take responsibility as well and they’ll be frustrated with the first-half performance.

“We know what it takes to recover and prepare ahead of Tuesday’s game against Brighton and that’s what we’ll do.”