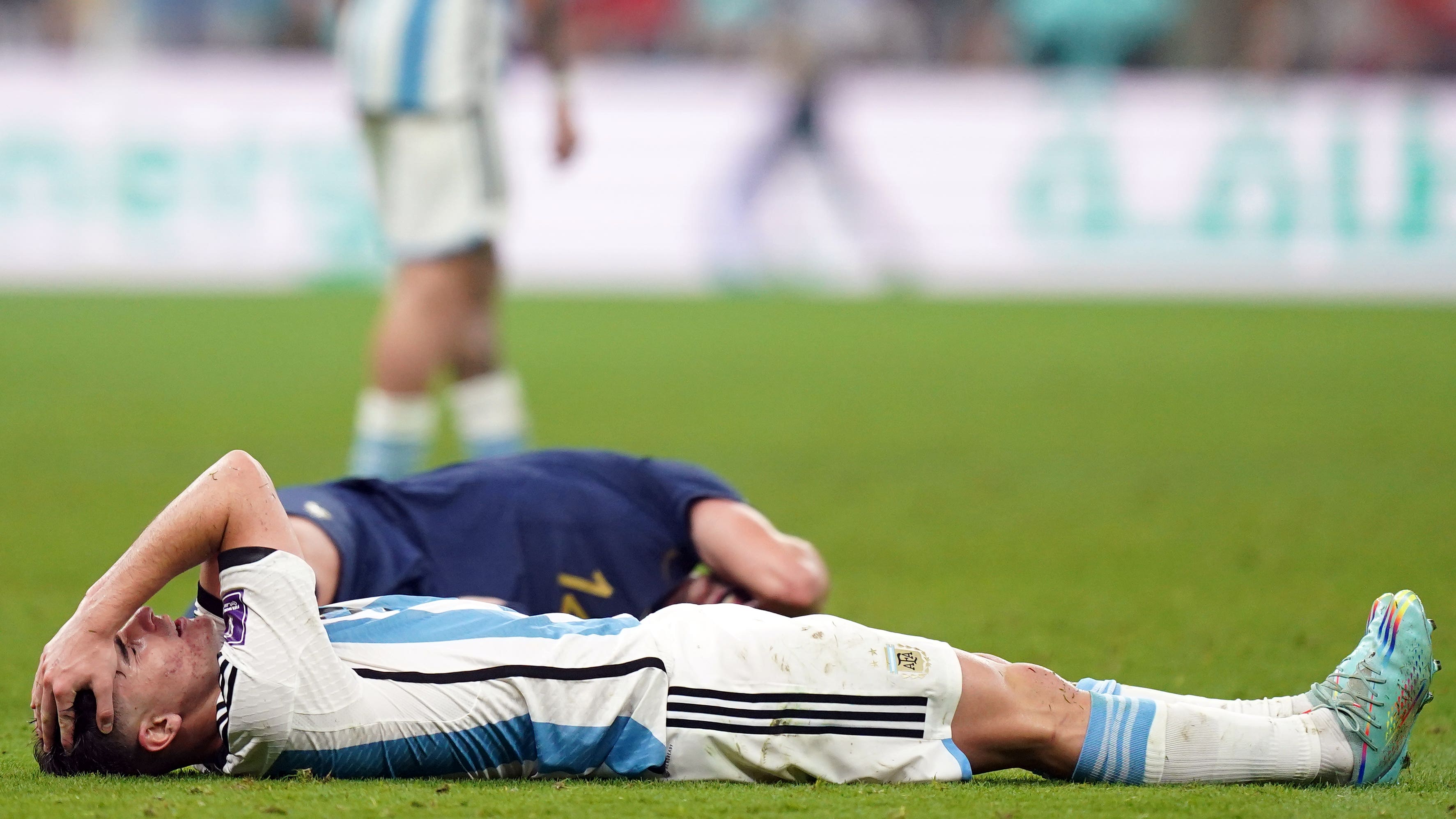 By By Tom White PA Sport Data JournalistDecember 22, 2022No Comments

The packed schedule around the World Cup will add to pressure on players’ physical and mental health, according to global union FIFPRO.

Manchester City return to Premier League action next week with 16 of their players having played a combined 5,180 minutes and covered 486 kilometres in Qatar, the PA news agency’s player burnout study showed.

While not referring to specific players, Baer-Hoffmann told PA: “You have a scientifically-proven correlation between the kind of overload the players are going through and the risk of injuries and we have – especially amongst those elite players – a seemingly-high prevalence of certain injuries that are common when the body is not properly recovered.

“We’ve seen some players who before the World Cup played 10, 15 matches in a row without a proper recovery time – which we consider to be at least five days between matches. That is something players need – not between every game, but they need that periodically after four, five, six matches.

“When you have players playing 15 of those games, then going into an intense World Cup and now looking at January with another seven or eight games, you just increase the probability that these kinds of injuries will occur.”

The World Cup had been moved to the winter to avoid the summer heat in Qatar, creating scheduling issues for domestic leagues which were exacerbated by the long shutdown for the Covid-19 pandemic.

“For some of those players this goes back now over a two, two-and-a-half-year period,” said Baer-Hoffmann. “They had increasingly-congested calendars during the Covid period, now this season the World Cup created pressure on leagues and all of this is coming together.

“You cannot pinpoint one single competition that is ‘the straw that broke the camel’s back’, it’s the accumulation of all of them.

“The schedule is taking players’ ability for granted and doesn’t protect them. That’s bad for those players, obviously, but it’s also harmful for the game – those players may not be available, or their careers could be cut short without reaching their full potential.”

FIFPRO’s pre-tournament report into the “Player Workload Journey” highlighted eventual Golden Boot winner Kylian Mbappe, who lit up the final with a hat-trick despite France’s defeat, as having played over 75 per cent of his minutes in matches on less than five days’ rest. Mbappe had played over 27,000 minutes of senior football, the equivalent of 300 full matches, by the age of 23.

As well as physical fatigue and injuries, the effect on mental health following a major tournament can be significant.

FIFPRO produced a report addressing “post-tournament blues” after being approached by former Canada goalkeeper Stephanie Labbe earlier this year. In an article for the union’s website, Labbe wrote: “You can spend four years leading up to this one pinnacle moment, then suddenly it stops and you think: ‘What’s next?’”

The phenomenon is not unique to football, with England cricketer Liam Plunkett admitting just days after winning the 2019 World Cup that he was struggling with the rapid transition to being “sat on the sofa watching Netflix” and wondering if another similar high would ever come around.

Baer-Hoffmann continued: “It’s not just the physical recovery, it’s also the mental ability to readjust, to get yourself ready for the remainder of the season – which of course, when you play a tournament in the middle of a season, is very different.

“When you combine all these factors – there has basically been no preparation period, there’s no retraining period now after the tournament, which usually is about a month – all of those coming together are things that worry us.”

Baer-Hoffmann highlighted a similar situation in prospect around the 2024 Olympics – where the women’s competition is played with senior squads as opposed to the predominantly under-23 men’s sides.

He said: “If you look at the women’s game, there’s talk of some confederations hosting their continental championships in the same spring before the Olympics in 2024.

“How are players supposed to do that? How are they supposed to play a one-month continental competition in May, and then the Olympics in July, when their season – like in the (American) NWSL – maybe runs from March to October? They’ll be missing three months of club football, effectively.

“All these things are just not decided with the players’ best interests in the centre of the decision-making. That’s where we have this continuous problem and until we break that cycle, we’ll keep having these problems.”