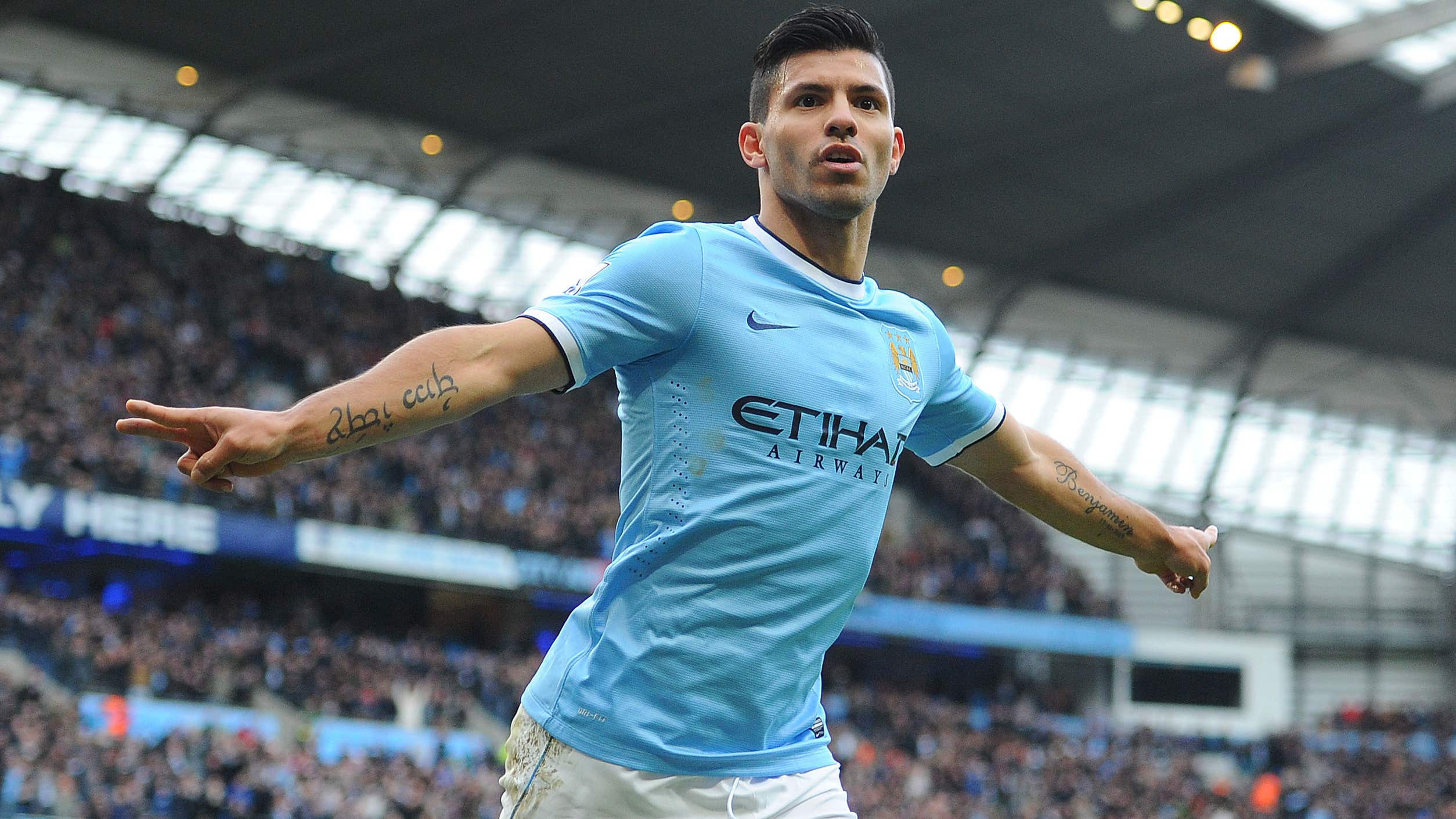 Sergio Aguero has spoken of his pride as Manchester City prepare to unveil a statue celebrating their record goalscorer’s most famous strike.

The Argentinian struck with 93 minutes and 20 seconds on the clock as City completed a stunning comeback to win 3-2 at the Etihad Stadium and snatch their maiden Premier League crown from rivals Manchester United.

Aguero went on to score a record 260 goals for City before leaving the club last summer.

City announced when his departure was confirmed that they would honour the player – who retired from the game last December following a short stint with Barcelona due to a heart condition – with a statue outside the ground.

The sculpture, which it is understood will depict Aguero’s shirt-waving celebration after scoring against QPR, will now be unveiled to coincide with the anniversary on Friday.

“Truthfully, it is a very beautiful thing for me,” said Aguero, 33, who is also due to attend a reunion party for City’s 2011-12 squad on the same day.

“In those 10 years I was able to win a lot of trophies and was able to help the club become one of the most important in the world.

“I am very grateful to the club for making this statue in recognition of my football career in Manchester. It is something very special.

“I remember I was very young, to see myself 10 years ago is very moving.”

The 2012 success, which built on City’s FA Cup triumph of the previous year, sparked a glorious era for the club.

Aguero, who moved from Atletico Madrid in the summer of 2011, won five Premier League titles, an FA Cup and six League Cups in his decade in Manchester.

Chairman Khaldoon Al Mubarak feels it is important to acknowledge the role Aguero’s most celebrated goal played in the club’s history.

“He is absolutely deserving and, I think, a legend for this club.”

Aguero’s statue will join those of team-mates Vincent Kompany and David Silva already in place at the Etihad Stadium.

Khaldoon said: “These players, Vincent Kompany, David Silva and now Sergio Aguero, represent a type of football that is enjoyable, that is beautiful on the eye, that is effective and that brought with it a lot of trophies.”