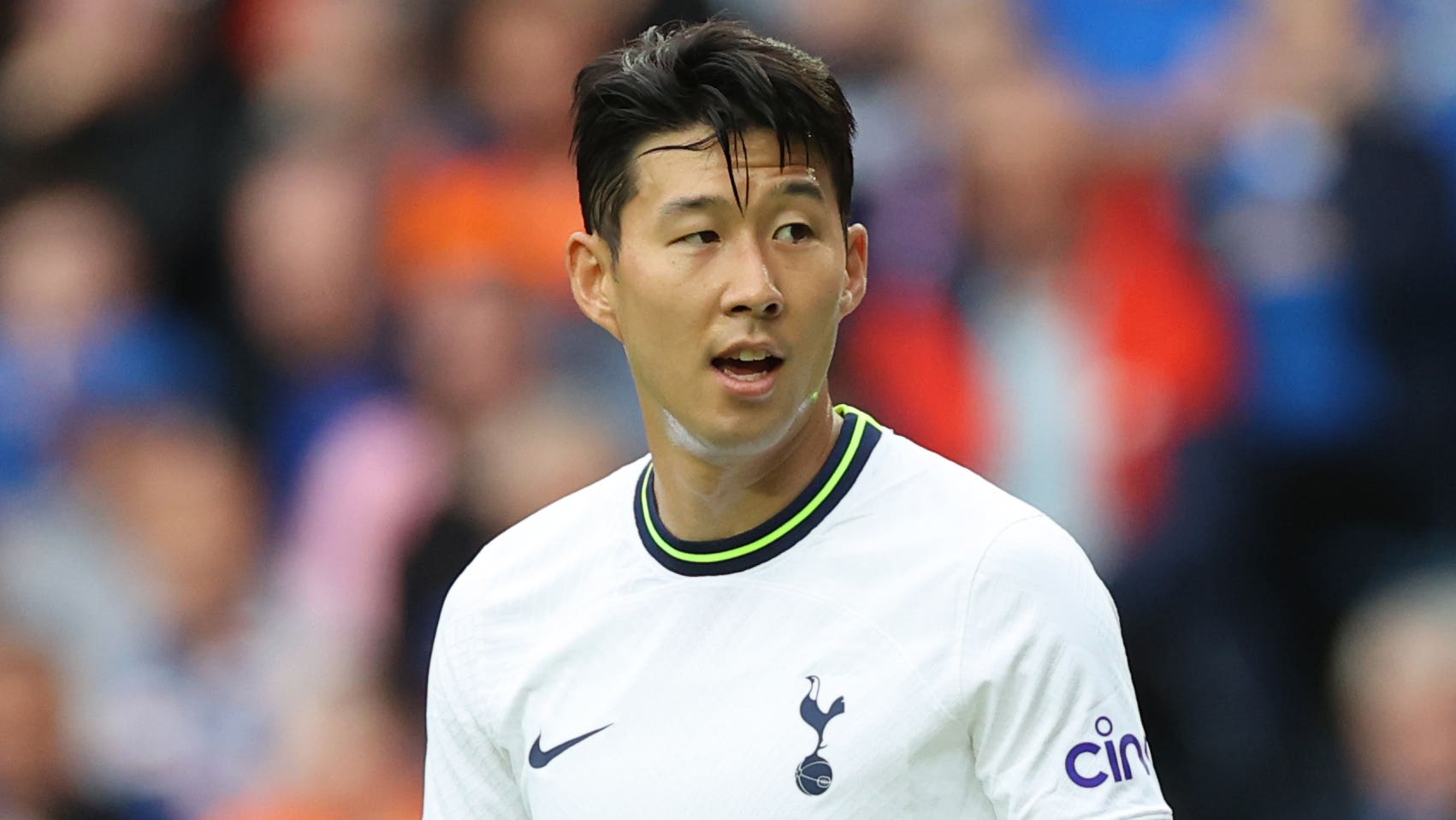 Son Heung-min has promised to face Tottenham’s packed fixture schedule with “happiness” and urged them to deliver in this week’s crucial Champions League clash.

Spurs have started a six-week period where they play 13 games before the season pauses in November for the winter World Cup.

After an emotional victory at Brighton on Saturday, which was dedicated to late fitness coach Gian Piero Ventrone, Tottenham are preparing to face Frankfurt on Wednesday in a decisive fixture in the battle for qualification from Group D with the two clubs level on four points after three matches.

“Everyone knows how important that game is,” Son said. “I think the two home games – because we played two really difficult away games in the Champions League – we should show we’re a really strong team like Saturday and it’s a massive game.

“(The schedule) it is hard to be honest. Travelling and being away from home, it’s not easy. But we’re born to do this and everyone dreams about it so we don’t have time to complain.

“When you think about, when you’re a kid what was your dream? Probably everyone is going to say ‘playing in the Premier League’. So we’re living the dream and we can never forget these moments.

“I know there are tired moments and it’s mentally and physically really, really difficult. But we were born to do this, we love to do this and we should enjoy it.

Spurs endured a difficult past week, which began with a 3-1 loss at Arsenal that had been quickly forgotten when it was revealed on Thursday that fitness coach Ventrone had died at the age of 61.

The highly-respected Italian had only worked at Spurs for 11 months but struck up a bond with all the squad, who boss Antonio Conte admitted were “devastated” by the news of Ventrone’s death following leukaemia.

Ventrone had hit the headlines twice during recent months, firstly when putting the players through gruelling pre-season training runs in Seoul this summer and then again on September 17, when he shared a long embrace with Son after the South Korean’s hat-trick against Leicester.

He admitted: “Gian Piero was keeping me always level and we had a really good relationship. This is not for any other people, this is for me really, really special. It just hurts talking about him.

“(The week) was really tough. Not only for me but every club member because he was such a special man.

“To prepare for the game was incredibly hard but we did it for him and probably he’s up there looking down and he’ll be very proud of us. I think he was the biggest fan for us on Saturday.”

It was the trademark Son and Harry Kane combination that clinched victory on the south coast for Spurs with the latter scoring after a cross from the number seven.

While it was a 43rd goal involvement between the pair in the Premier League, it was only their second this season but the 30-year-old warned they are determined to get better with Frankfurt next in their sights.

Son added: “The relationship with me and Harry has never changed. We’re always talking about how to improve and create many chances for the team.

“We played a little bit closer (at Brighton) and it was good. I think if we weren’t a little bit unlucky we could have scored another goal, me and Harry, but I think we just have to improve ourselves.

“I’m very happy for Harry to score another important goal for the team, I’m ready to help him and I’m sure he’s ready to help the team and me.”