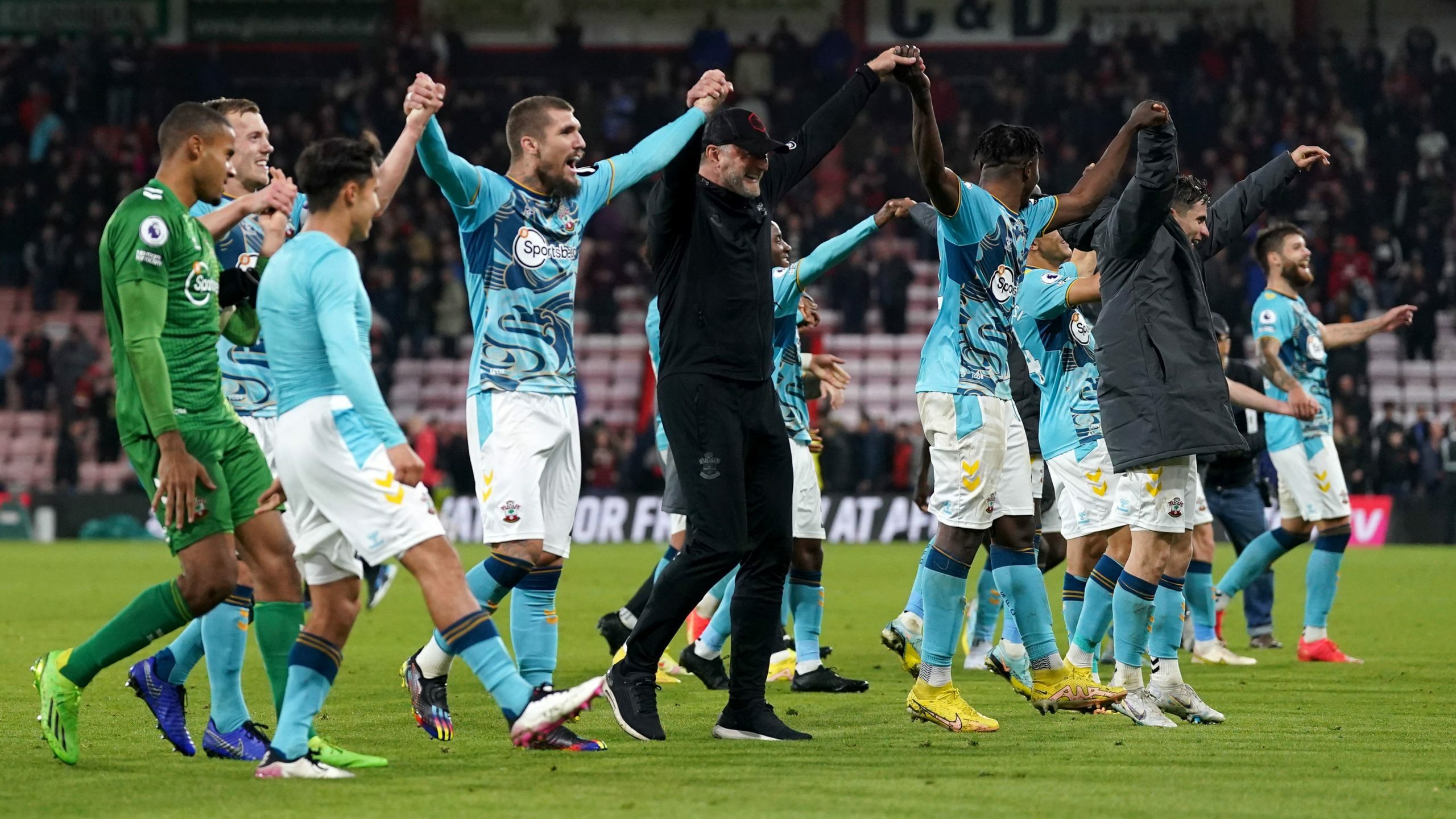 Southampton eased mounting pressure on manager Ralph Hasenhuttl by climbing out of the Premier League relegation zone thanks to a nervy 1-0 win over Bournemouth.

Bournemouth dominated the second half but created little across the evening before slipping to a first defeat in seven games under the guidance of interim manager Gary O’Neil.

Southampton’s overdue victory lifted them to 14th, two points and three places below their hosts, while providing welcome respite for under-fire boss Hasenhuttl.

Saints travelled along the south coast with Hasenhuttl under intense scrutiny following four defeats and a draw from their last five outings which had plunged the club into the drop zone.

The Austrian appeared agitated on the touchline during a frantic opening period in which possession frequently changed hands but soon had reason to feel slightly more relaxed.

Romain Perraud delivered an inviting first-time cross from the left after receiving the ball from Mohamed Elyounoussi and top scorer Adams escaped Marcos Senesi to divert a flicked header into the far corner to claim his first goal since August.

Hasenhuttl greeted the ninth-minute breakthrough by raising his arms, clenching his fists and roaring with delight in the direction of the jubilant travelling fans.

Bournemouth were seeking to equal a club record by extending their unbeaten run to seven top-flight games but rarely threatened an equaliser before the break as the end-to-end entertainment continued.

Cherries midfielder Philip Billing forced a routine diving save from Saints goalkeeper Gavin Bazunu, moments after Joe Aribo’s close-range poke was repelled at the other end.

Despite Southampton supporters chanting ‘there’s only one south coast derby’ in reference to their rivalry with Portsmouth, there was plenty of hostility in the contest between the near neighbours.

Bournemouth defender Chris Mepham and Saints midfielder Ainsley Maitland-Niles were each booked in the closing minutes of the half following a fiery head-to-head clash sparked by a lunging challenge from the former.

The home side began the second half in the ascendancy, with Southampton pinned back and dropping deeper while seeking opportunities to counter.

Yet, despite the Cherries’ territorial advantage, Saints keeper Bazunu went untested as headed attempts from Senesi and Dominic Solanke flew over.

Southampton survived passionate penalty appeals in the 74th minute after a cross from substitute Junior Stanislas struck the arm of defender Mohammed Salisu.

Adams then had a golden chance to grab his second and put the result beyond doubt but his effort from another Perraud centre was blocked by Adam Smith.

Bournemouth were given five minutes of added time to chase a leveller but, after Salisu hacked off the line late on, became the first team since Arsenal on April 16 to fail to score in a league game against Southampton.