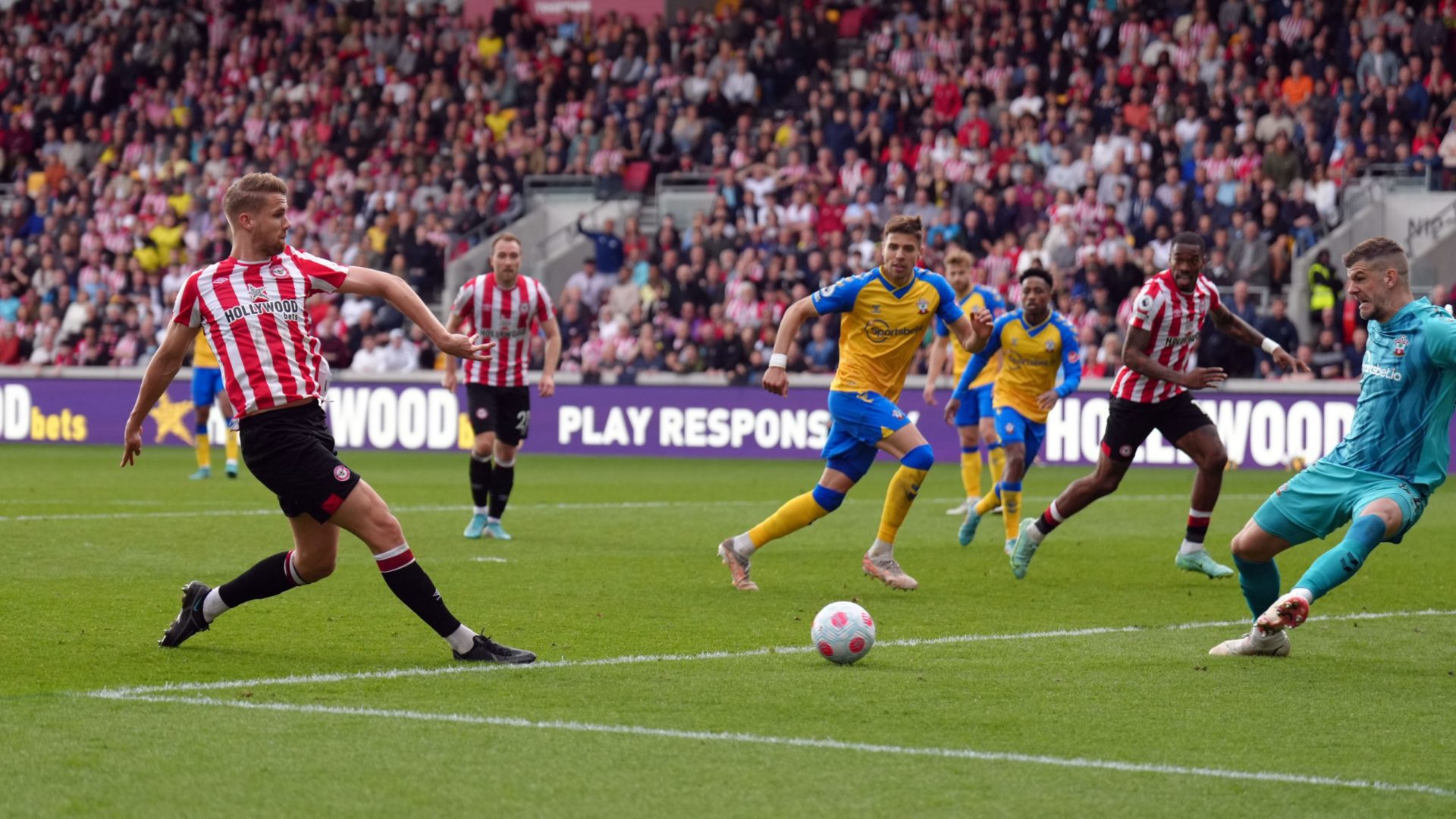 Southampton boss Ralph Hasenhuttl faced the wrath of his own supporters as his side were comfortably beaten at Brentford.

The Bees eased to a 3-0 victory as skipper Pontus Jansson and recalled Yoane Wissa struck in the first half before Kristoffer Ajer’s first Brentford goal all-but rubber-stamped their top-flight status.

Saints, meanwhile, are stuttering towards the end of the season and are still not mathematically safe from the drop, albeit a catastrophic series of results would be required to see Hasenhuttl’s side relegated.

They never looked like winning just a second league game in their last 10 and Hasenhuttl’s hopes of a strong end to the campaign are all-but over.

He had called for more goals from his forwards and refreshed his frontline as Adam Armstrong and Armando Broja came back into the starting XI, but the Austrian ended the afternoon facing something of a mutiny from the away end.

Saints were fast out of the blocks, Broja stinging the palms of David Raya only to then be flagged offside before Stuart Armstrong dragged a shot wide from a tight angle.

But it was the hosts who should have taken the lead as Rico Henry’s low centre fizzed across the box where Mathias Jensen failed to convert from close range.

That seemed to spark Brentford into life and Wissa forced Fraser Forster into a low stop before the Bees struck twice in rapid succession.

Jansson opened the scoring as he turned home Ivan Toney’s drilled pass for his second goal in four games.

The lead was doubled just 79 seconds later, referee Michael Salisbury doing well to give Brentford an advantage as Christian Eriksen was fouled, the loose ball falling for Wissa who made no mistake with a cool finish past Forster.

Wissa missed a glorious chance to extend the lead further still as Eriksen’s free-kick was knocked back across goal to the forward, who turned over under close pressure.

Adam Armstrong thought he had halved the deficit just before the break but his smart finish was ruled out for offside as Brentford deservedly went in ahead.

There was less goalmouth action in the second half, Broja seeing calls for a penalty turned down after Raya had swiped at a loose ball and missed.

The Brentford goalkeeper palmed away a good strike from substitute Mohamed Elyounoussi as the visitors attempted to stage a late rally.

James Ward-Prowse has again proven his free-kick abilities this season and the Saints skipper saw a deflected set-piece flash over the bar.

Brentford went down the other end and missed a string of chances, with Toney’s miskick the worst of the bunch as Southampton survived a goalmouth scramble.

The points were soon wrapped up, however, as Ajer skipped over a Kyle Walker-Peters challenge and finished between the legs of Forster.

The goal heralded a negative reaction from the travelling Southampton fans, who rained down chants of “you don’t know what you’re doing” and “you’re getting sacked in the morning” as Hasenhuttl watched on.

For Brentford, a first Premier League season could yet end in style with Thomas Frank’s side now having reached 43 points, the same as their fellow promoted clubs – Watford and Norwich – combined.