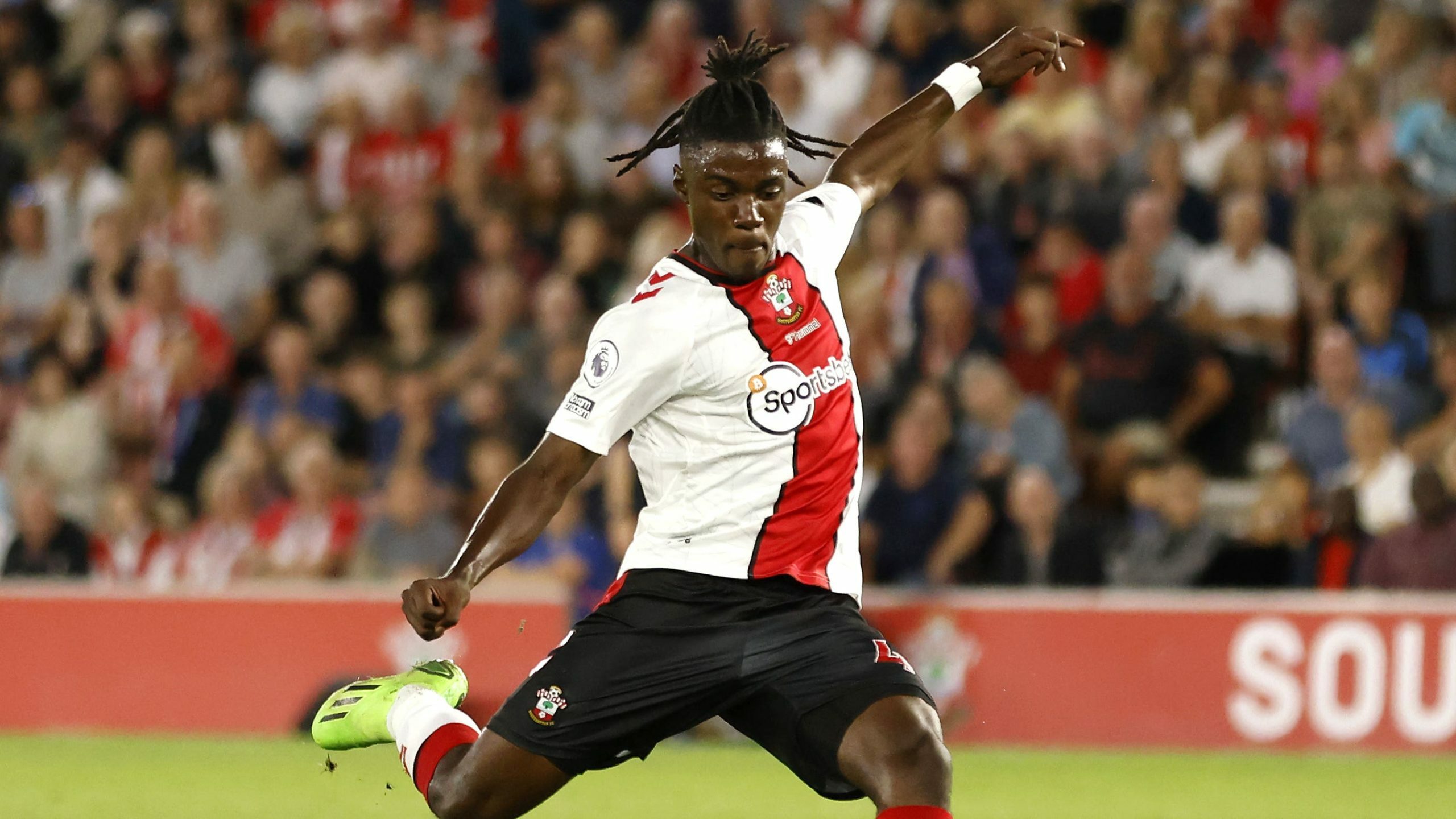 Ralph Hasenhuttl will resist the temptation to throw Southampton youngster Romeo Lavia straight back into the fold for Saturday’s fixture at Crystal Palace after his return from injury.

The 18-year-old moved to the south coast club from Manchester City this summer and made an instant impression with a number of strong displays during the first month of the season.

A hamstring injury sustained by Lavia in the August win over Chelsea was a reminder to Hasenhuttl that he must be careful with the workload being put on the younger members of the squad, with the teenager playing regular senior football for the first time this campaign.

Even though the former Anderlecht trainee will be itching to make his comeback in Saturday’s trip to 13th-placed Palace, his manager knows being patient will help the midfielder in the long term.

“Romeo today was for the first time back in the (training) session,” Hasenhuttl told reporters.

“It was a pleasure to see him playing. We’d like to have him in the squad on the weekend but I think we don’t have the OK so far from the physio so we’ll have to wait.

“It’s normal because he was out for so long and now he’s the first day in the session so we must pay attention.

“It’s good to see immediately his quality on the pitch which is fantastic to watch.”

Southampton will definitely have Ainsley Maitland-Niles back for the clash in the capital after the Arsenal loanee was forced to sit out last Sunday’s 1-1 draw with his parent club.

Defender Armel Bella-Kotchap (shoulder) is also closing in on a return but like Lavia is probably going to be forced to sit tight until next month’s home fixture with Newcastle.

The aforementioned trio were all brought into the club during a busy summer transfer window by Saints where a big overhaul of the squad took place.

It has contributed towards 16th-placed Southampton enduring a mixed campaign with only three wins from 12 Premier League fixtures, but they do head to Selhurst Park unbeaten in three games.

Hasenhuttl added: “I think this is normal. We had really a lot of changes this summer in the squad and we are going through something in terms of finding each other, finding the group and committing the group together.

“In football you start a season with a group and you have to stand together with defeats and celebrate wins because everything brings you together. It gives you the commitment that you need to have in the group.

“These sort of experiences we have had together is the thing that keep you and holds the group together.

“Together with the staff and the supporters, we are always through a season going through ups and downs, but this is what we know. In the end we have the chance to grow with this and for us this is the biggest success to go through this time and find the right decisions in these moments.”

Meanwhile, Joe Shields has left his role as Southampton’s head of recruitment to join Chelsea.