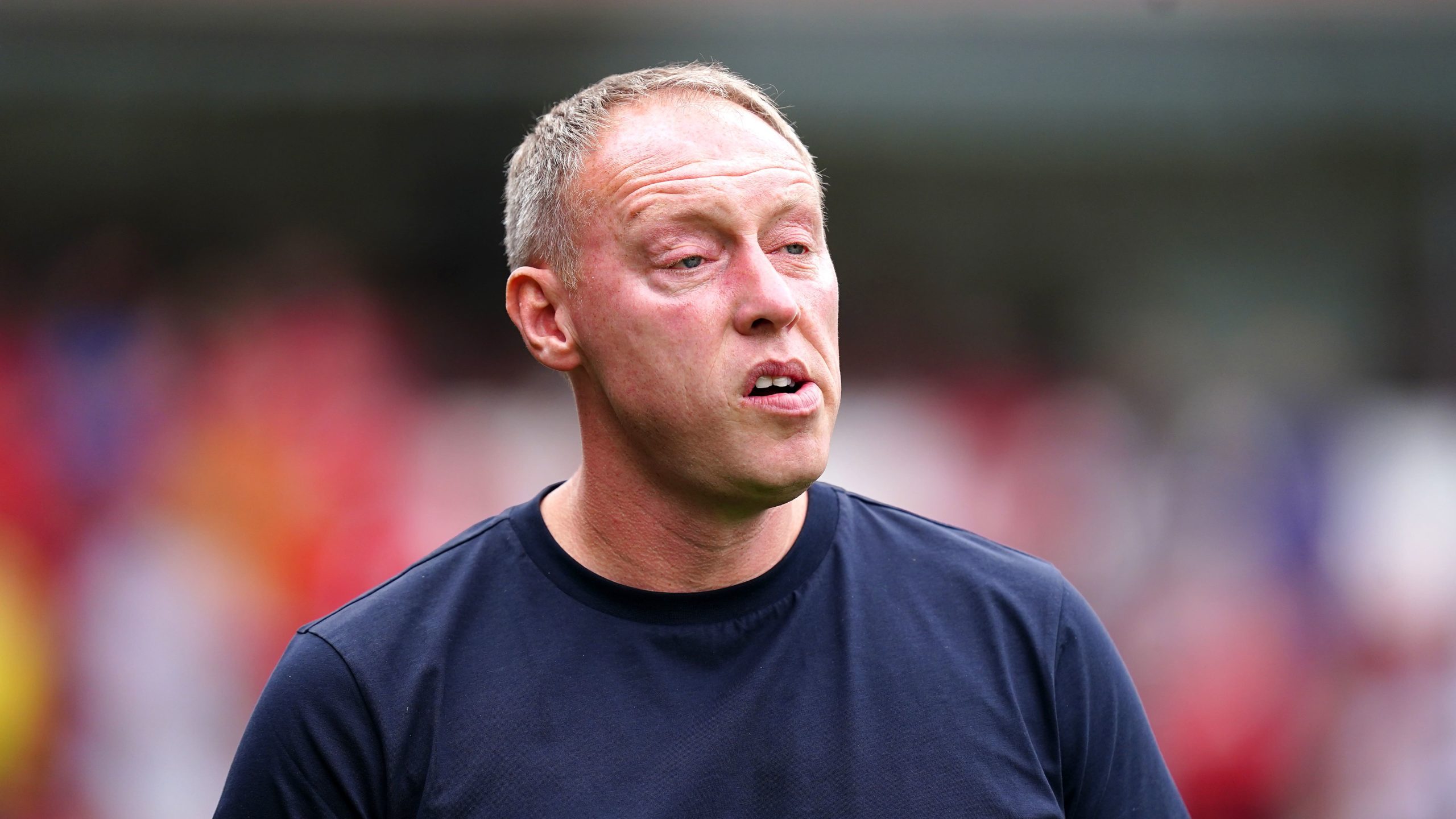 Nottingham Forest boss Steve Cooper accepts he might have to compromise on his philosophy in order to stop the rot.

Forest have found life tough on their Premier League return and five successive defeats leave them bottom of the table ahead of Monday night’s visit of Aston Villa.

After reports he was going to get the sack after the 4-0 loss at Leicester, the Welshman has been given the biggest vote of confidence possible as Forest handed him a new three-year contract on Friday.

And he is prepared to put more focus on his side’s defensive work in a bid to turn Forest’s season around, having seen his side concede 16 goals in those defeats.

“Definitely or maybe focusing on more parts of your philosophy than others.” Cooper said when asked whether he had to compromise on his ideas.

“Let’s be honest, a football match is about attacking and defending.

“Maybe at the moment we do need to think a bit more about when we haven’t got the ball because the numbers aren’t good in terms of goals we conceded and shots and set pieces that we have conceded.

“There is no point in not mentioning that because there is so much access to data now where that is there for everyone to have a view on. It is obvious areas to improve on.

“Is compromise the word? Maybe, but it is more like a realisation of you have to change some things here or focus on things more than the other, that is where we are at really.

“What I love most about my coaching and technical team is we are very critical of ourselves. We have been having a tough time lately in our meetings!

“That is what elite sport is all about. It is about challenge and support and at the moment we have real challenges but we have to try and support each other to get through.”