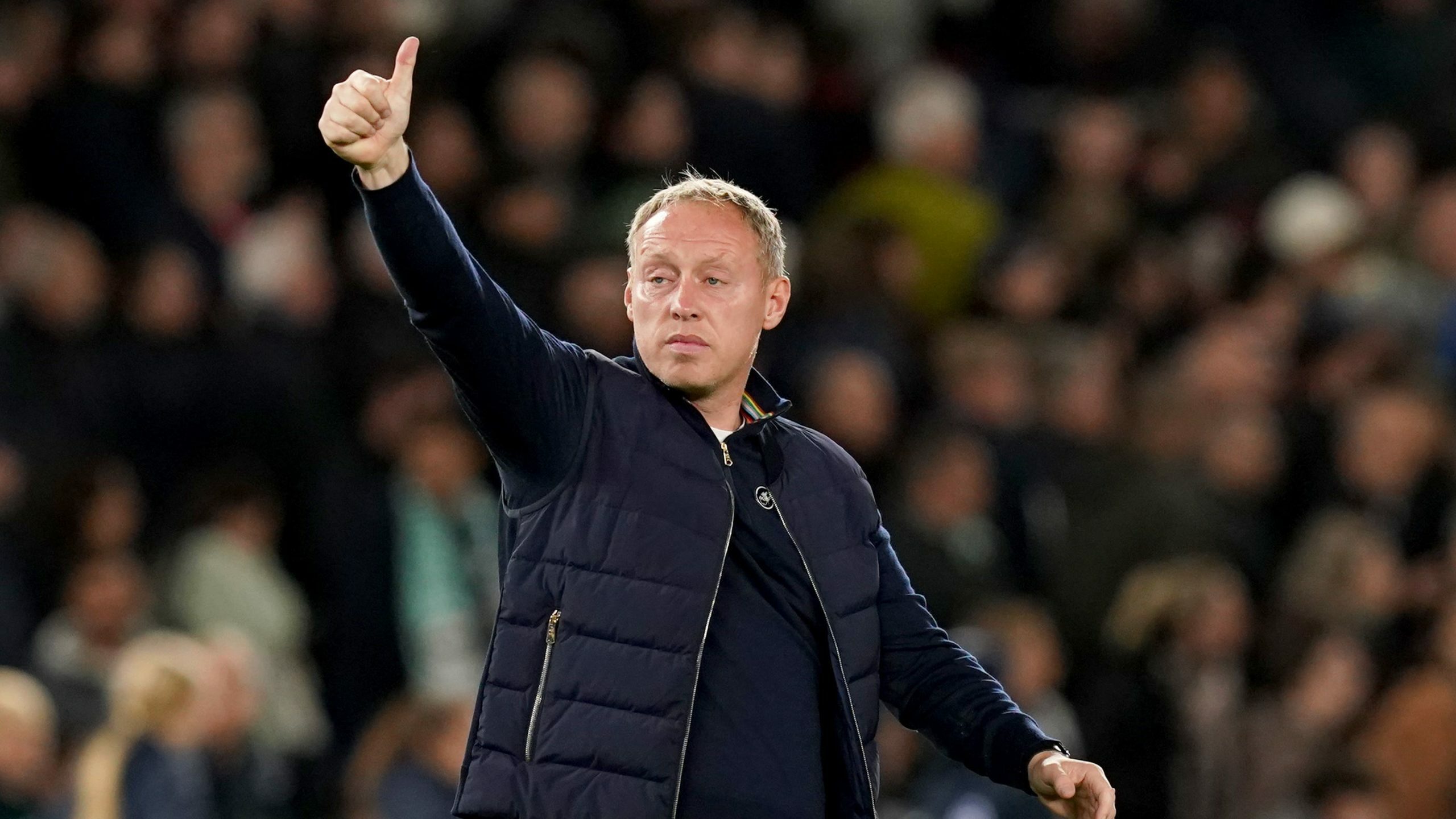 Nottingham Forest boss Steve Cooper knows his side will have to be perfect to stand any chance against Liverpool on Saturday.

The Reds visit the City Ground for the first time in the Premier League since 1999 and they are beginning to find some form after back-to-back wins over Manchester City and West Ham.

Forest on the other hand have not won in nine games and have lost six of those as they sit in the bottom three on their return to the top flight.

Despite Liverpool’s difficulties this season it would be one of the biggest shocks in recent years if Forest were able to beat Jurgen Klopp’s side and Cooper knows everything has to go right.

“There might not be that many weaknesses, but at the same time, you’ve got to go into these games really backing yourself and really thinking you can make a difference – both as a player and with the plan. We’re at home, in our stadium, with the support we get,” he said.

“We’re not going to go into the game fearing it and in awe of Liverpool. We respect one of the real powerhouses of the league, and any day you play them is as tough as it can get – particularly if they’re on their game.

“We have to be almost perfect in all parts of our game to play well. But why not?

“We will analyse them, like we analyse every opponent, while trying to have an impact on the game with our ideas. A bit of good momentum, a good start, a bit of luck, who knows.

“We’ll be going into the game with confidence. We know results are nowhere near where we want them or where they should be, but the spirit is strong and the togetherness is strong.

“We don’t look like a set of players and staff that have had poor results – because that can easily happen when you’ve had some harsh defeats. We’re actually really determined and more motivated than ever.

“I think you saw a good side of that at Brighton. We’ve got to keep building on that while trying to improve with the ball and improve all areas of our game. This is a brilliant football challenge, and one we are committed to.