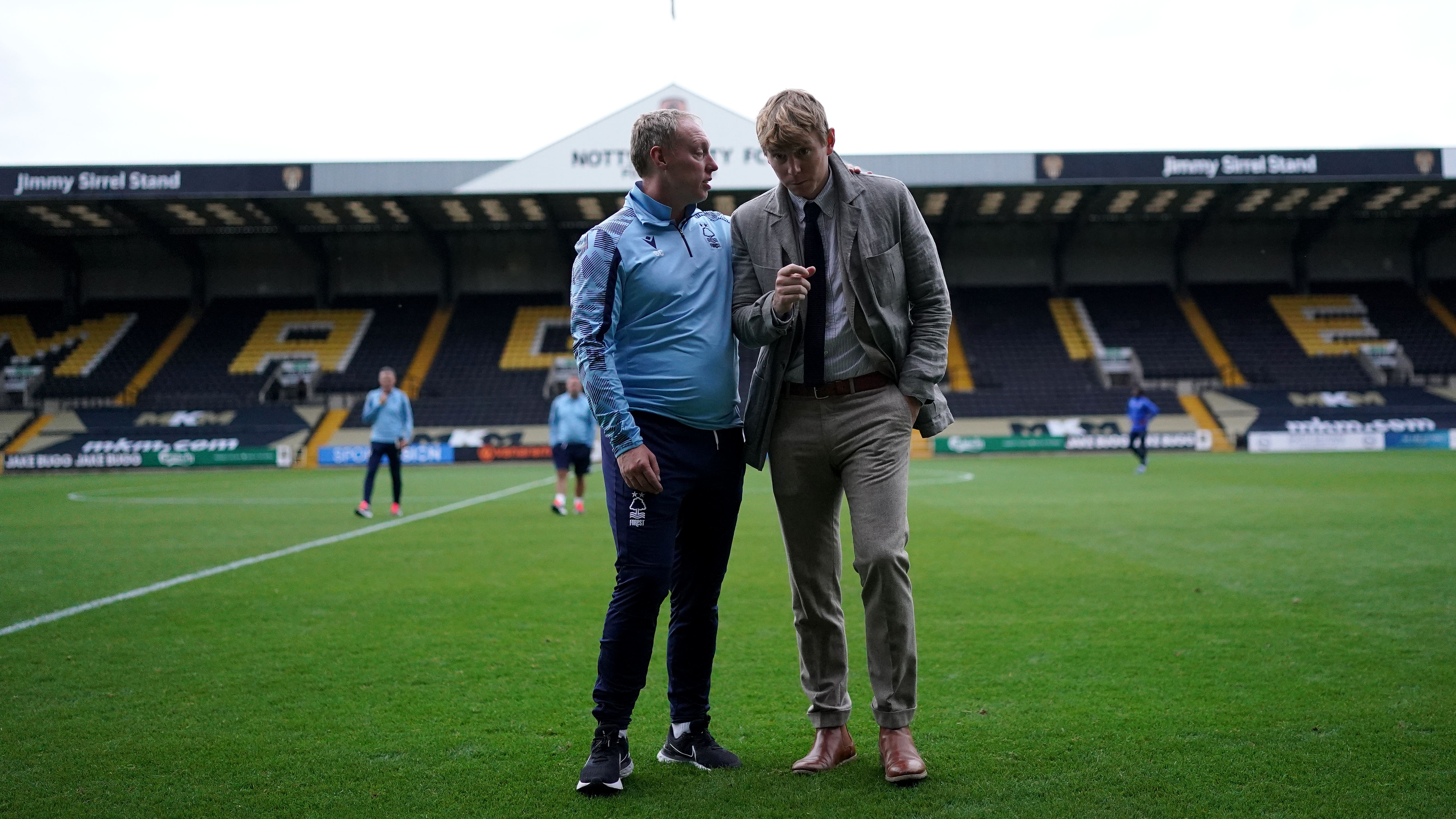 Steve Cooper: Dane Murphy’s exit will not change my role at Nottingham Forest

By By Phil Medlicott PAJanuary 9, 2023No Comments

Nottingham Forest boss Steve Cooper does not expect chief executive Dane Murphy’s exit to mean any change in terms of his own role.

Forest on Monday morning announced that Murphy was to “step down” by mutual consent “to pursue other opportunities”.

The American had been in the position for 18 months, during which time Forest appointed Cooper, won promotion to the Premier League, made a huge number of signings and then spent most of this season so far in the relegation zone, before moving out and up to 15th last week.

Cooper, who signed a new contract in October, was asked at his press conference ahead of Wednesday’s Carabao Cup quarter-final against Wolves if he expected Murphy’s exit to change his own job specifications at all, and he said: “No, I don’t think so.

“Fairly recently the club appointed a sporting director in Filippo Giraldi, and I’ve been working really closely with him over the last few months.

“It’s obviously a busy time at the moment with it being January, and the obvious conversations around possible transfers, and that’s really been my port of call.

“I’m a head coach, it’s a football job, coaching the team, and most if not all of my dialogue on a day-to-day basis is with him, so I don’t see any change personally.”

Regarding signings, Cooper said Forest “always try to have a collaborative approach in everything that we do” and added: “I have a really strong working relationship with Filippo, and he has with the rest of the coaching staff as well.

“I think that’s a good start with communication in terms of trying to make the right decisions for the club going forward. I’m very comfortable with how we’re operating.”

Cooper said there “isn’t anything imminent about to happen” in terms of squad incomings or outgoings while stressing “there’s a lot of work going on”.

Forest have had a considerable injury list of late, which includes midfielder Jesse Lingard (hamstring), who remains “maybe a couple of weeks away” from a return, Cooper said.

The manager, whose side lost 4-1 at Blackpool in the FA Cup on Saturday, also said there were “a few doubts” heading into Wednesday’s tie at the City Ground, without giving any names.

Cooper was also asked about the decision by Forest to fly to Saturday’s contest at Bloomfield Road, which has drawn some criticism.

He said: “We trust the operations logistics team to do what’s right for the players.

“I don’t think we’re an outlier, I think it’s pretty normal, whether it’s right or wrong, for a team in the Premier League, and a lot of Championship teams, to fly distances like that.

“It’s probably not just a question for Nottingham Forest, it’s probably one for the whole of the Premier League. Because of where we’re situated in the country, we probably fly less than most.

“Everything is done with the best and right intentions for success. We’re a thoughtful club, a family club, and we always try to do what’s right for the greater good, but that’s also giving the team the best chance to play well in games.”