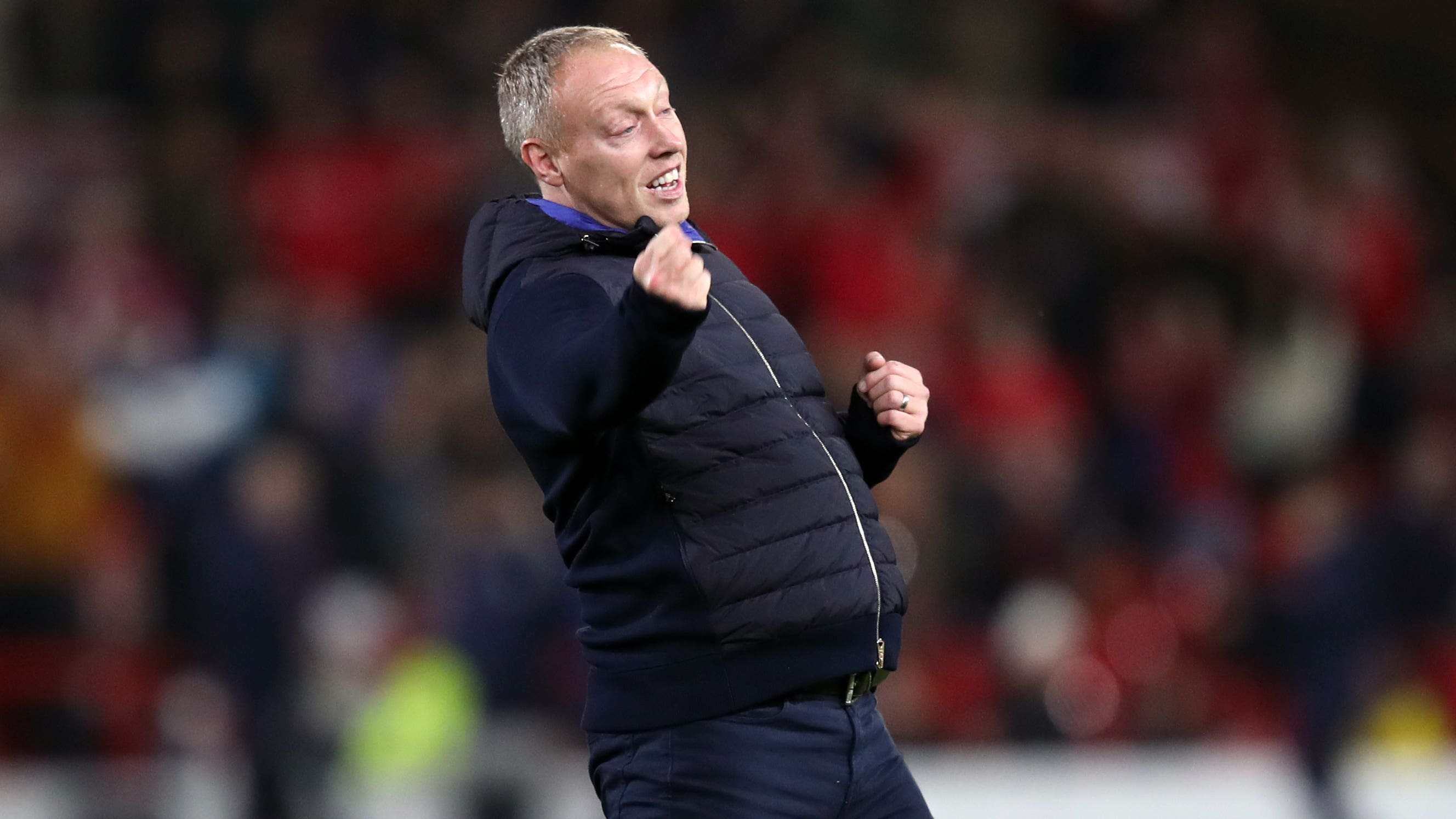 Steve Cooper pleased as Nottingham Forest sign off with win

Nottingham Forest boss Steve Cooper was pleased to see his side go into the World Cup break off the bottom of the Premier League after their 1-0 win over Crystal Palace.

Morgan Gibbs-White continued to show why Forest broke their transfer record to sign him in the summer as his second-half goal earned the win that sees them move to within a point of safety.

It was the perfect end to the first phase of their return to the top flight after 23 years away and will give them real hope they can kick on after the World Cup and pull away from relegation danger after a third win of the campaign.

“Whatever happened today it was never going to be a great league position, let’s be honest, but it could have been worse and that is pleasing and it just allows us to go into the break not suffering after a defeat,” Cooper said after celebrating with the home fans.

“Enjoy some time away and think about what it is going to take to do well going forward. We need to get back together and work hard to make the break a productive one.

“The fist-pumps aren’t really something I want to do when you’re down at the bottom, but I just felt it was such a well-deserved win for the players and the supporters. And it was a nice bit of togetherness at the end of the game.

“I really, really wanted the supporters to be able to go into the break with a positive result. We got that. Nobody is getting carried away, of course – even though I might have for 10 seconds.

“I just thought we were good for the win. We rode our luck a little bit with the penalty. Whether it’s a pen or not is something I’ll look back on. But Dean (Henderson) hasn’t had a save to make.

“They haven’t had a shot on target. We have. We created the real moments and chances in the game.

“The best team won, for sure. I’ve got a lot of respect for Patrick and how his teams play; they’ve got a lot of good players and it was a dangerous game. But we really stuck to the game-plan and what we thought it would take to win.”

Things might have been different had Wilfried Zaha scored a first-half penalty he had won after being bundled down by Forest skipper Joe Worrall.

But he missed a fourth spot-kick of 2022 and Palace faded badly after that.

Boss Patrick Vieira still has full faith in Zaha on penalty duties, with a record of seven scored from 11 taken.

“How many has he scored? There is zero doubt in my mind. I am still confident in him,” the Frenchman said.

He added on the match: “We had our moment in the first half and again we didn’t take our chances, we didn’t score that first goal. I think the first half we competed and we played some good football.

“Away from home we should manage the game better and if we can’t win the game we should make sure we don’t lose the game. I think the game overall reflects our season so far, we showed some good stuff but we lack consistency.

“We have to analyse the performance, we have to improve, I have to find better solutions or different formations but I don’t think that is the problem.

“In the second half we showed a lack of experience and discipline but we have young players that need to grow.”