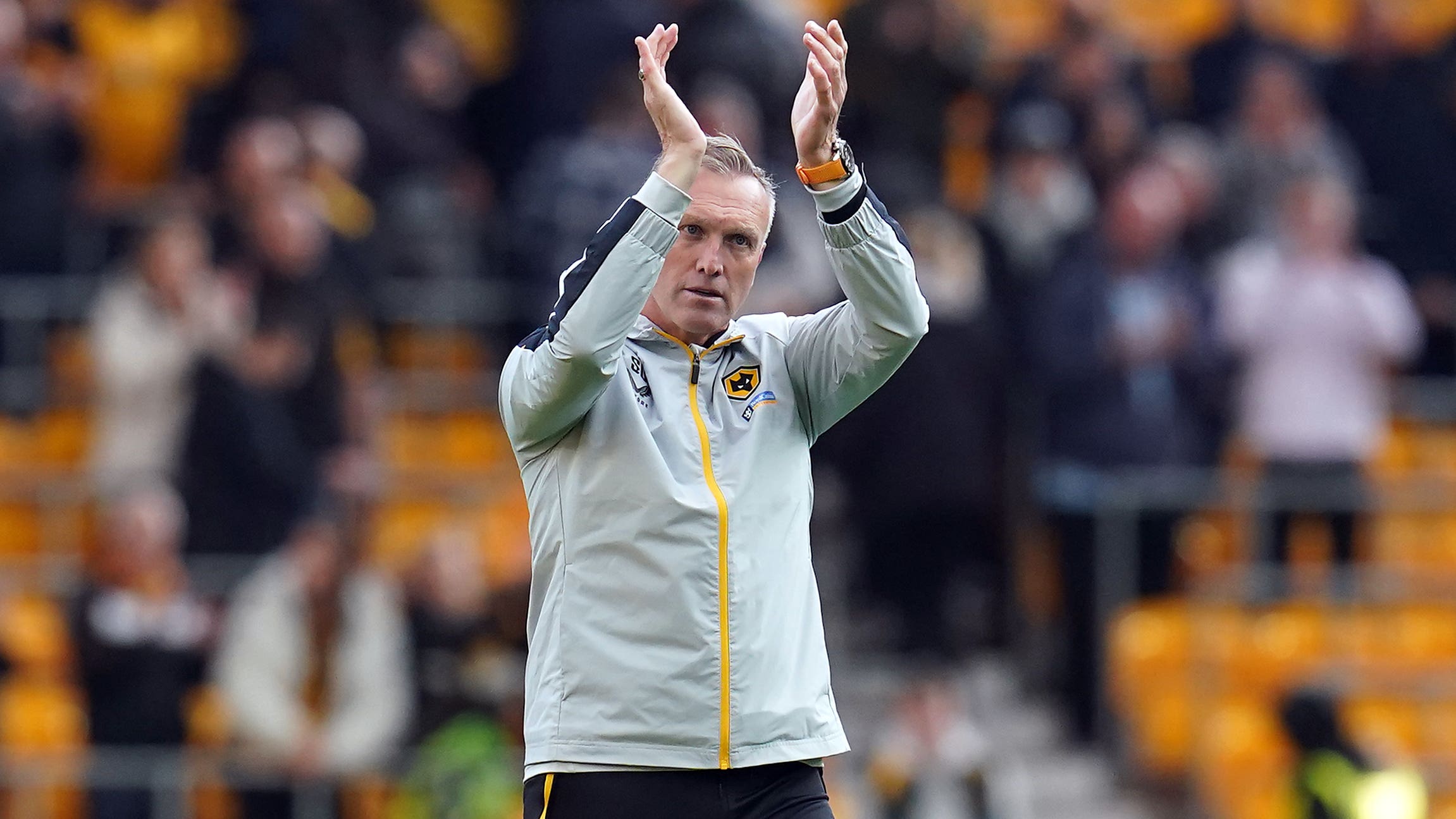 Steve Davis happy to have ‘some longevity’ at Wolves

Caretaker boss Steve Davis has welcomed the clarity at Wolves after he was handed control until next year.

The 57-year-old will remain in charge until 2023 after QPR’s Michael Beale, the club’s number one choice, rejected the chance to move to Molineux.

Wolves – who were also turned down by Julen Lopetegui for personal reasons as they looked for a replacement for the sacked Bruno Lage – acted to ensure stability at the club as they try to move out of the Premier League’s relegation zone.

They host fellow strugglers Leicester on Sunday in the bottom three on goal difference and Davis wants to plan for the future.

He said: “It’s nice now to be able to look forward. It’s nice to know there is some longevity in it, previously we were working day-to-day and game-to-game.

“I had a good chat with Jeff (Shi, chairman) about how it might look and how the future looks. I’m not stupid, results are important and before we get to the World Cup we want to get as many points and wins as we can.

“The chat was about that. Now it’s about me leading the group and the team and trying to be really positive.”

Davis confirmed the club is looking to add another coach with former Watford boss Rob Edwards – who was interviewed for the top job having worked at Molineux as a coach – linked again.

“It’s difficult, I know Rob and worked with him in the Under-21s. We have spoken about that and adding extra help,” he said. “There is scope to bring another one in.”

Rayan Ait-Nouri is fit after recovering from illness which forced him to miss Tuesday’s 2-1 defeat at Crystal Palace but Raul Jimenez (groin), Sasa Kalajdzic (knee), Pedro Neto (ankle) and Chiquinho (knee) are out.

Davis added: “The focus is on Leicester. I watched them on Thursday (a 2-0 win over Leeds). I thought they were very good.

“We know the task ahead. We are positive and we think we can get some points.”