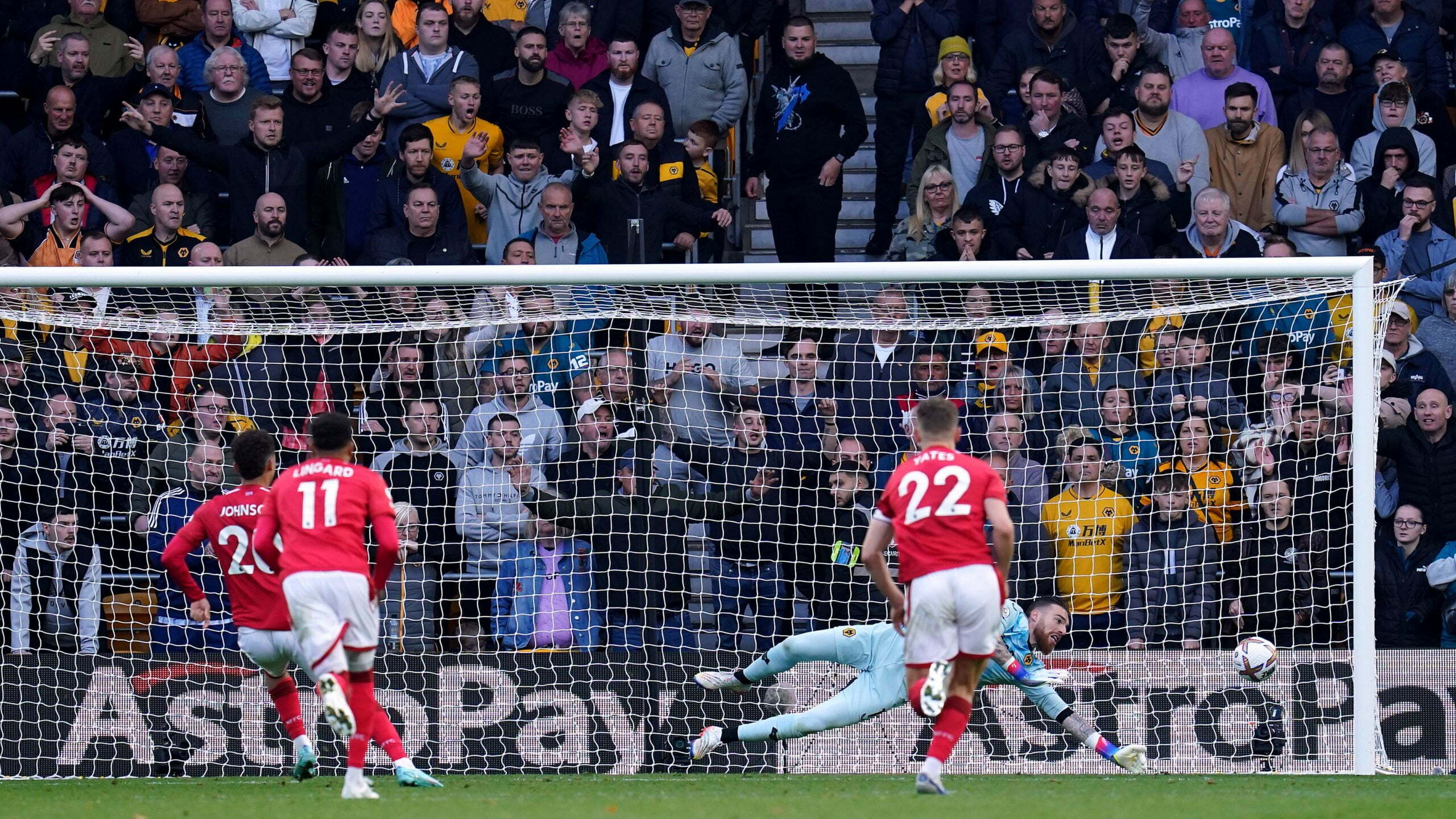 The 29-year-old – who has been playing with the injury since August – stopped Brennan Johnson’s spot kick with 11 minutes left as Wolves climbed out of the relegation zone with a 1-0 win.

Ruben Neves netted the winner from the spot for the managerless hosts after Harry Toffolo was ruled to have handled Adama Traore’s shot.

Sa fractured his right wrist in Wolves’ second game of the season against Fulham but helped the hosts win a first match since Bruno Lage was sacked earlier this month.

Davis – a boyhood Wolves fan – said: “He has played through it, a lot of players can play through pain. Some can’t so they don’t play.

“I have known a lot of players play with broken toes and fingers. Fair play to Jose for playing through that pain and showing courage to do that.

“They all need to be that big person if we’re going to turn our form around, I thought we took a big step towards that.

“The players are responding well to the work. We have had a positive reaction. They have bought into everything we have done.

“I could sense the nervousness at the end, along with everyone else, but that’s a time to be calm, take that step back and figure out how you can help.

“You try to be calm in the madness.”

He added: “We were aware of it. We were going to use it in the talk. I spoke to Ruben and he said he had already put it in the players’ chat. That gave us an edge, putting something out like that.”

Max Kilman’s header hit the post as Wolves forced the issue before the break with Rayan Ait Nouri and Traore shooting wide.

Forest wanted a penalty, which was checked by VAR, when Ryan Yates’ shot hit Toti on the hand but their pleas were ultimately ignored.

Wolves continued to be the better side after the break and grabbed the winner after 56 minutes.

Traore’s shot struck Toffolo’s hand to deflect behind and, after VAR official Lee Mason failed to decide, referee Thomas Bramall went to his monitor and eventually award the spot kick.

It had taken four minutes but Neves smashed his strike past Dean Henderson for just Wolves’ fourth goal of the season.

Sa then had the final say. VAR again intervened with Bramall going to his monitor before ruling Matheus Nunes had pulled back Yates in the area.

But Sa guessed right to save Johnson’s penalty 11 minutes from time to keep Forest bottom of the Premier League.

Boss Steve Cooper said: “We know the referee well, we had him in the Championship, we know the differences of what you can get with him. We knew that was part of what we had to deal with.

“The first one especially, that’s why I’m biting my tongue about it (frustration over a four-minute VAR wait). If it has taken that long and not been given in the first place that tells you something.

“As soon as that happened, as we know who was there today, we were in trouble in that moment.

“The result is the most disappointing bit. I’m not questioning the attitude, commitment and work rate. We have to stand up and be counted and it starts with me.”