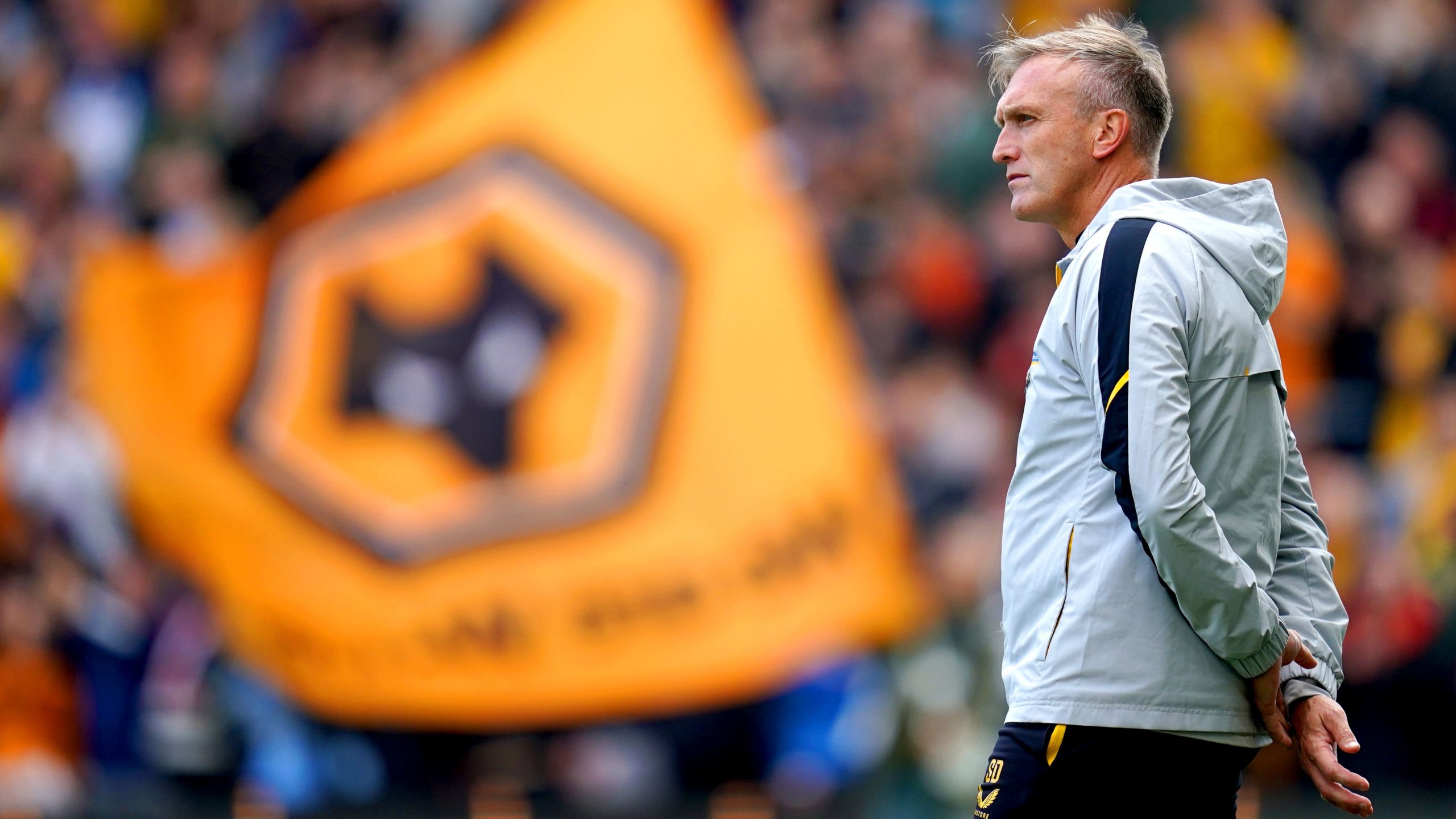 The Foxes ran riot to bag a 4-0 win and climb out of the Premier League’s relegation zone.

Home fans demanded the sacking of Sellars, with the club second bottom and having failed to land top managerial targets Michael Beale and Julen Lopetegui with the season on the brink of unravelling.

“I’m not on social media so I don’t read anything but that’s the first time I’ve heard anything in the stadium,” said Davis, who during the week was put in charge until 2023.

“I was surprised. I pick the team with James (Collins) and we make decision on the substitutions, there are no interruptions from Scott.

“He does his job upstairs and we do ours down there. He doesn’t make any decisions on what the changes are going to be and the shape.

“It’s a time for big characters. We can work on that this week in terms of which players we pick for Brentford.

“It’s frustrating. Losing 4-0 at home is horrible. Very disappointed for the fans, I feel it myself. The pain of today is tough to take.

“I think we’re in a battle. It’s very early in the season but it has to change. We can’t be saying this beyond the World Cup. We have to be getting points to give everybody some hope.”

Tielemans began the rout when his sensational 25-yard half-volley screamed into the top corner after seven minutes.

Wolves had been on top – with Diego Costa going close – but found themselves chasing the game and were 2-0 down after 19 minutes.

The hosts at least continued to press – with no joy – and Danny Ward denied Matheus Nunes before a fine save in first-half injury time stopped Daniel Podence.

Ruben Neves put a free-kick wide after the break but the Foxes wrapped up the points after 65 minutes when Maddison collected Vardy’s pass, breezed past Adama Traore and Nathan Collins and found the bottom corner.

Molineux had already turned on the club’s hierarchy and worse was to follow when Vardy made it 4-0, tapping in Timothy Castagne’s cross. It was his 100th top-flight goal since turning 30.

“I’m delighted for him on a personal level because his career has been amazing,” said boss Brendan Rodgers, with the Foxes now 16th.

“With the stage he’s at now, it’s a case of managing his minutes so we get that intensity for him, and more importantly, the team.

“Whether he starts or comes off the bench, he gives us that hunger. It was a great goal because we won the ball in a high pressing position and broke away with a lot of numbers in the box and he got there to get his goal.

“Collectively, we were excellent. We have played well in a lot of games and we should have more points.

“Danny made a couple of great saves but you have to stay strong. When we played the ball forward we looked good and could have scored more goals.

“We have to be better with the ball and retain it better, make better decisions. We broke forward really well. Our objective was to get over the line.”