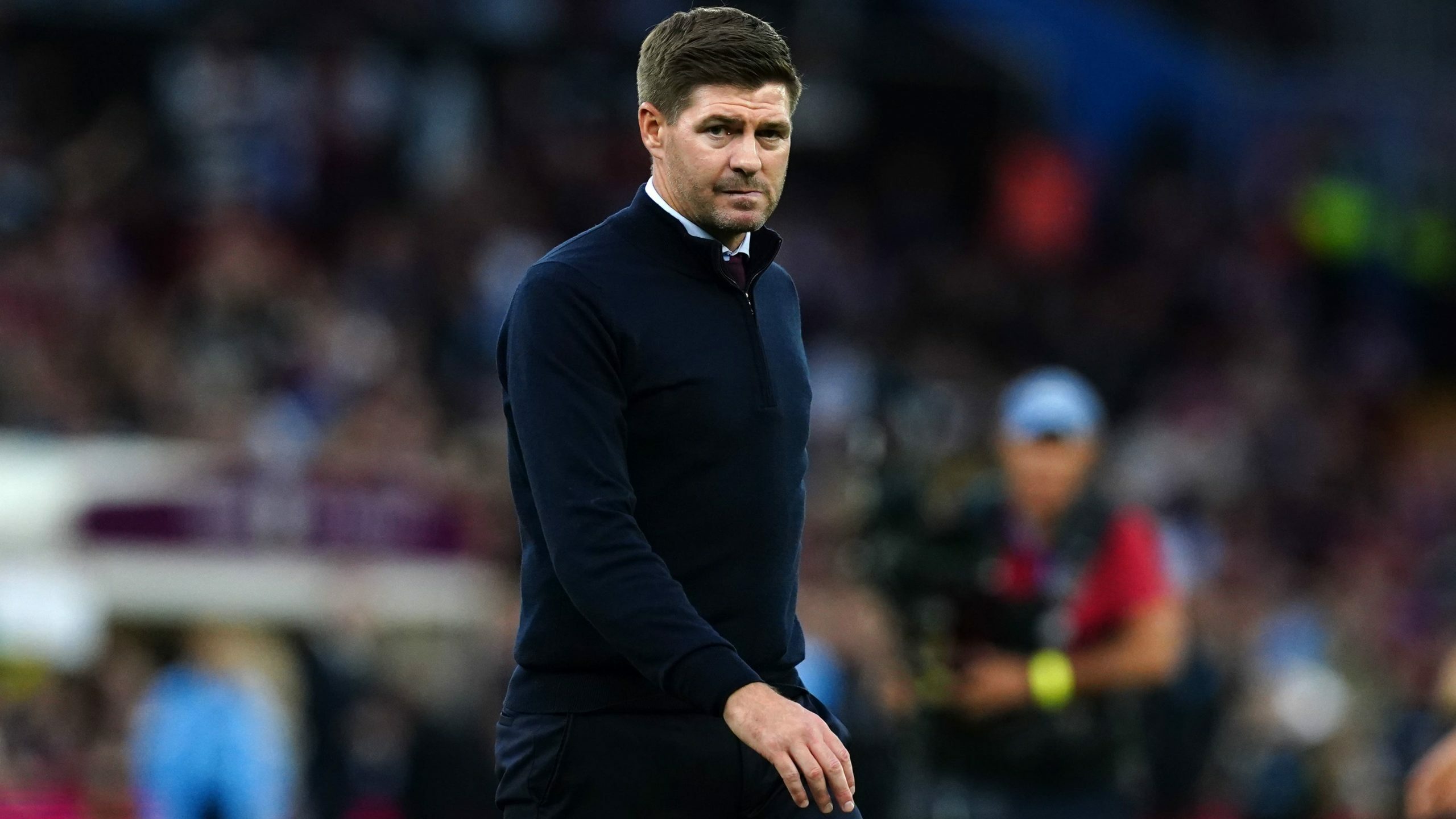 Steven Gerrard’s pride at the way Aston Villa fought back for a point against Manchester City was tinged with frustration after officials admitted they were too hasty to call offside before Philippe Coutinho hit a potential winner.

Four defeats from their opening five Premier League games has led pressure to mount on the Liverpool great’s position at the Villa Park helm.

Gerrard’s side were on course for a fourth straight defeat after Erling Haaland scored his 10th goal in six appearances early in the second half, with Kevin De Bruyne hitting the bar as City pushed for another.

But Leon Bailey rifled home a superb equaliser in front of the Holte End and Villa secured a much-needed 1-1 draw.

“I think the players stuck at it,” manager Gerrard said. “I don’t think anyone gave us any hope or a chance before a ball was kicked today.

“It was important that inside the dressing room we had belief and courage because you need it against City. You need it in both sides of the game – out of possession and in possession.

“I’m really pleased and proud with what the players have given today and I don’t think anyone can be begrudge us that point and it’s a big point.”

It was a good result that could have been better was it not for a trigger-happy official.

Philippe Coutinho fired home a 20-yard strike off the underside of the bar but referee Simon Hooper had already blown his whistle for offside, only for replays to show the Brazilian was in fact onside in the build-up.

Gerrard says it was a “legitimate goal” ruled out and claims the officials have since recognised they called the offside decision too quickly.

“I’ve gone and spoke to the officials calmly after the game,” Gerrard said. “I’ve given enough time and I’ve asked for their side of it.

“Listen, I always try and understand their side of it. But the referee has blown the whistle too soon.

“I know there’s a slight rule change in terms of not waiting too long for these whistles and flags. I understand that rule change.

“But I think when something is so tight it’s worth that little extra bit time and we could have scored a second goal tonight, for sure.

“Obviously that moment and those decisions have gone against us but fair play to the officials. They’ve recognised that in the room afterwards.”

City will be kicking themselves for failing to win at Villa Park given they bossed possession and had plenty of chances, with Haaland and De Bruyne working well in tandem.

“(Their understanding) is good but football is not just one or two players,” manager Pep Guardiola said. “It’s everyone.

“The performance in general was good, was better than the opponent from my point of view. Maybe, OK, I’m wrong but in general knowing that we cannot expect to arrive here and go 4-0 in 10 minutes.

“But the chances we produce and how few we concede, and the best moments we had, so unfortunately we could not score more goals to win the game.”