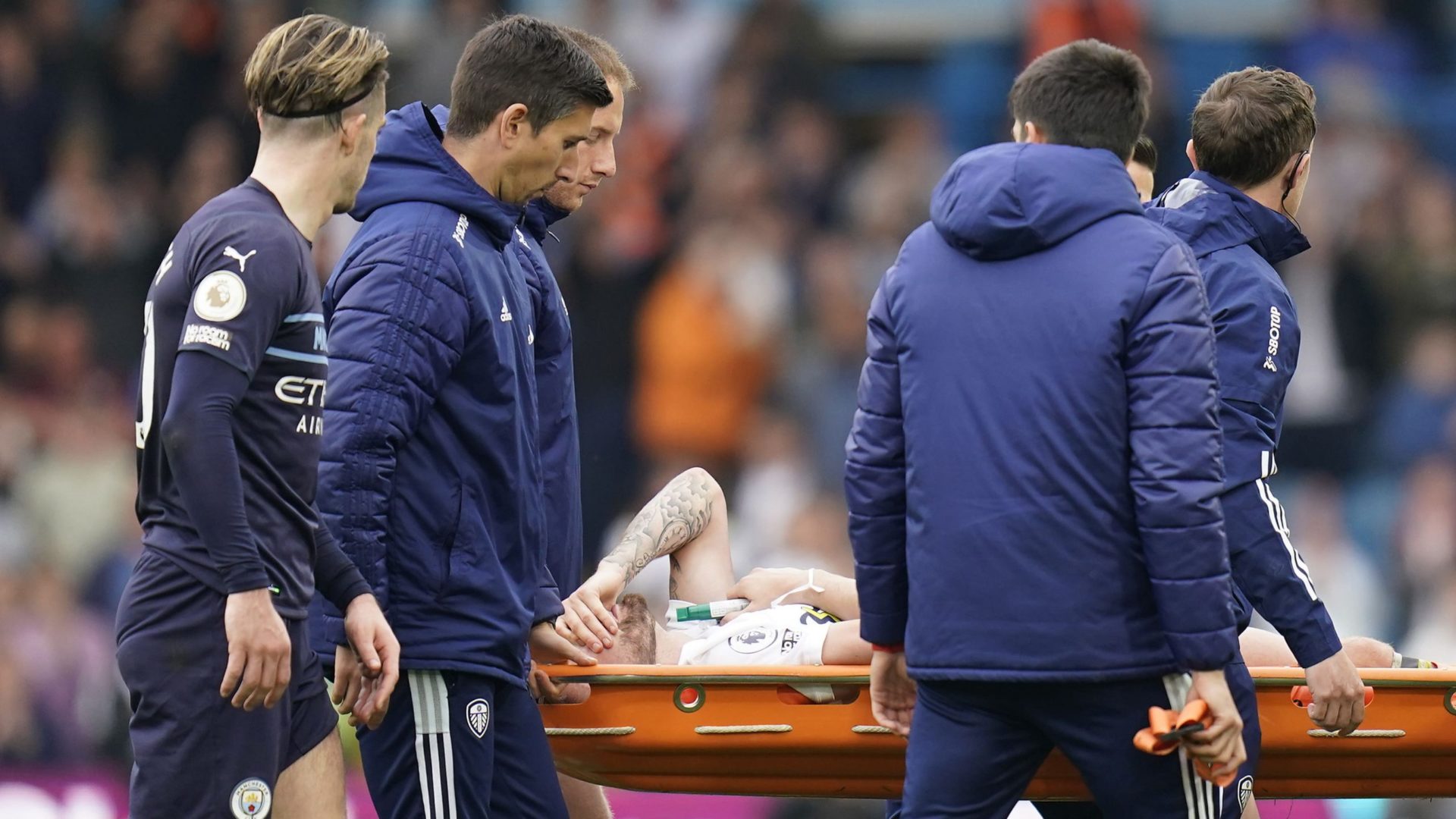 Stuart Dallas vows to return ‘stronger than ever’ from broken leg

Stuart Dallas has vowed to return “stronger than ever” after breaking his leg during Leeds’ Premier League defeat to Manchester City on Saturday.

The versatile Northern Ireland international had surgery in London and Leeds have said the 31-year-old will now undergo further tests.

Posting a picture on Twitter from his hospital bed, Dallas said: “Huge thank you for all of the messages I’ve received in the past few days.

“I’ve had amazing support from across the world of football – but particularly from Leeds and Northern Ireland. I’d also like to thank Dr Williams, Dr Sarraf and the medical team at @LUFC.

“The support I’ve received has meant the world to me and my family.

“Now it’s time to focus on my rehab, I will be back from this stronger than ever.

“In the meantime I’ll be supporting my teams every step of the way.”

Dallas will miss the rest of Leeds’ battle for league survival after being injured in a 50-50 challenge with Jack Grealish in the 4-0 defeat to City at Elland Road.

Leeds have said Dallas, who joined from Brentford in 2015 and has made over 260 first-team appearances for the Yorkshire club, faces a “lengthy period” on the sidelines.