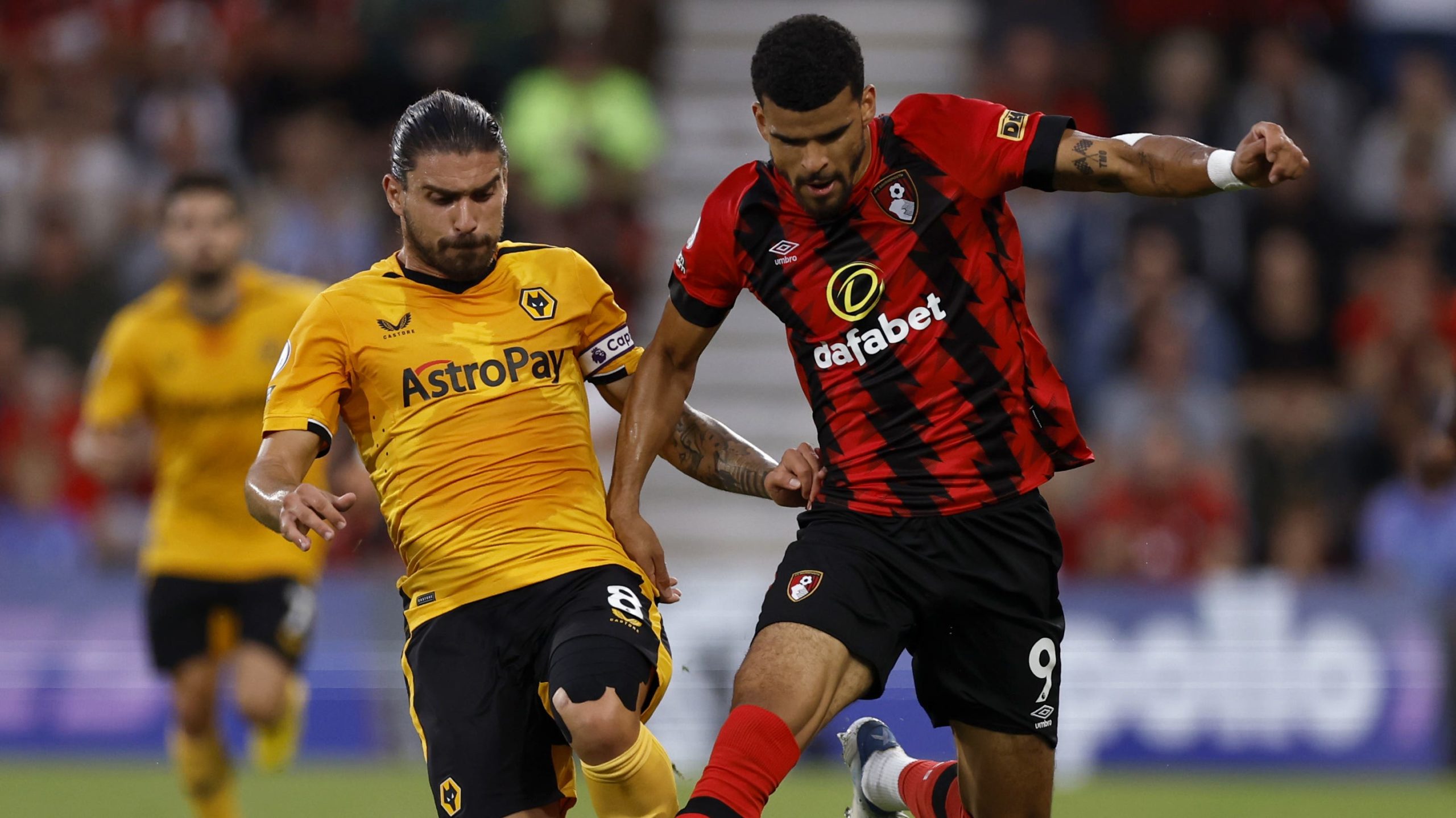 Bournemouth began life without Scott Parker with a battling point as Wolves’ lengthy Premier League winless streak was extended by a goalless draw at Vitality Stadium.

The managerless Cherries, led by interim boss Gary O’Neil, produced a resolute response to a tumultuous few days which saw Parker sacked on Monday in the aftermath of a record-equalling 9-0 humiliation away to Liverpool.

Wolves dominated possession on the south coast but were unable to make a breakthrough as their wait for a top-flight victory stretched to 12 games, dating back to April 2.

Yet Bruno Lage’s visitors lacked thrust in attacking areas for much of the evening as they failed to find the net for the third time in four games, much to the frustration of the sold-out away end, who jeered at the final whistle.

Bournemouth dismissed Parker just four games into the new season and two days on from him saying the team are “ill-equipped at this level” following their Anfield embarrassment.

Cherries owner Maxim Demin cited conflict over club strategy and concerns about respect when dismissing the man who masterminded last season’s promotion to the top flight, rather than a knee-jerk reaction to the joint worst defeat in Premier League history.

Caretaker O’Neil responded to the weekend drubbing by dropping goalkeeper Mark Travers in favour of Premier League debutant Neto, while defender Kelly and star striker Dominic Solanke were back to bolster the hosts.

‘Together anything is possible’ was the message displayed on the scoreboard ahead of kick-off as Bournemouth’s stadium announcer attempted to whip up the crowd.

Wolves, who were unchanged from their 1-1 draw with Newcastle, controlled first-half possession and almost dampened the mood inside 11 minutes.

Joao Moutinho’s delightful diagonal ball into the box was nodded down by Pedro Neto but £38million purchase Nunes was denied a first goal in English football as his effort clipped the top of the bar and flew over.

While Bournemouth failed to register an attempt on goal before the break, the superior visitors did not severely test former Barcelona and Valencia man Neto.

Jimenez had a looping header touched over by the Brazilian keeper, while a powerful strike from Wolves winger Neto whistled just wide.

Bournemouth, who appeared to be time wasting at times in the opening period, initially resumed with greater purpose, which included Solanke heading straight at Jose Sa.

Wolves’ frustrated fans chanted ‘Bruno make a sub’ and ‘attack, attack, attack’ in a bid to inspire their goal-shy side.

Portuguese manager Lage, who was often exasperated on the touchline, eventually responded by introducing Adama Traore and Podence.

The latter almost made an instant impact, sending Jimenez clear on goal in the 78th minute, only for the Mexico striker to wastefully dink wide.

Podence’s flying header was then blocked on the line by the alert Kelly after Jimenez headed back across goal as the away side pushed hard for an overdue victory.

They were given six minutes of added time in which to force a winner but were ultimately booed off by the travelling support as dogged Bournemouth held on to halt three successive defeats at the start of a new era.