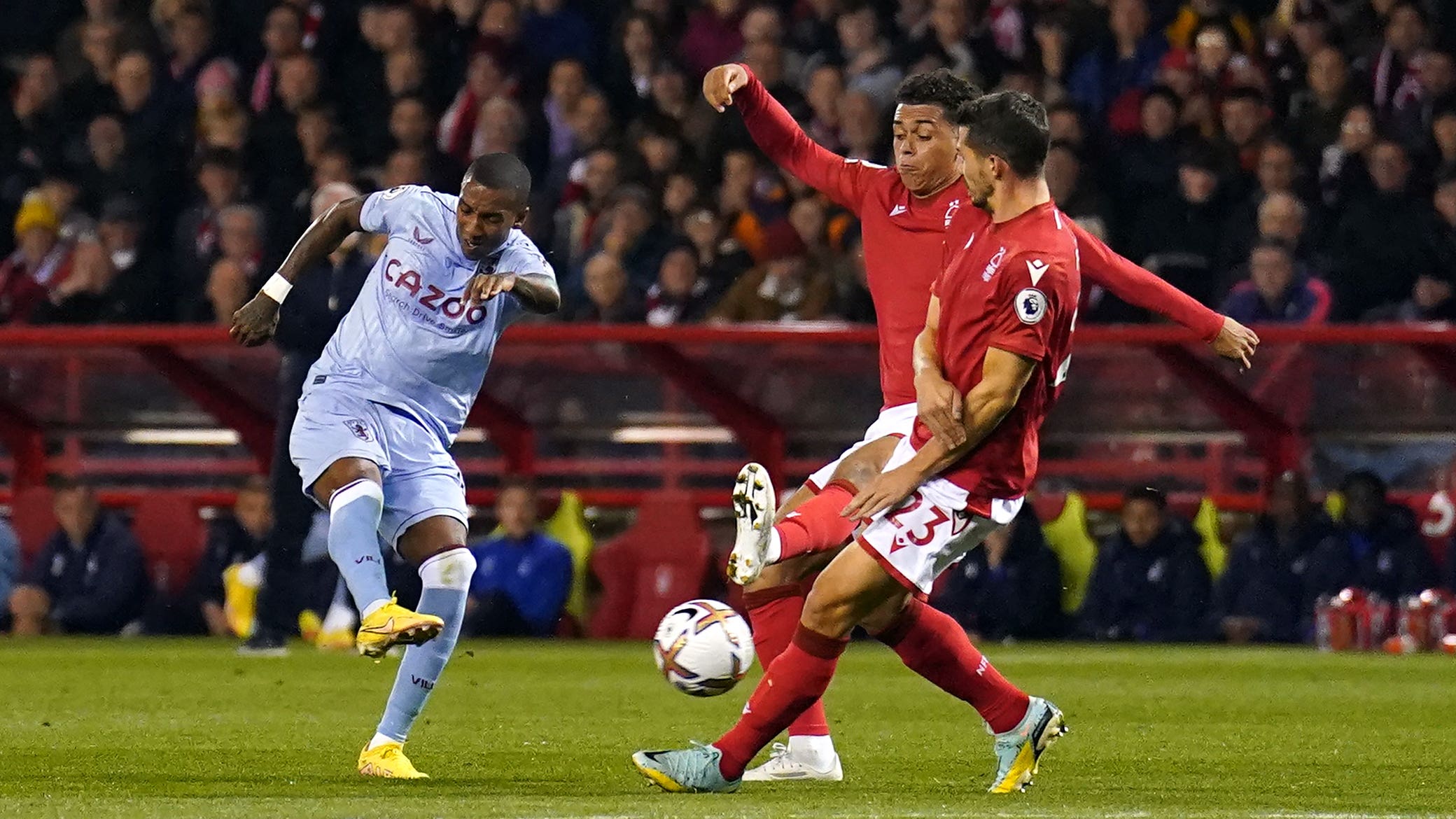 Young struck from distance to cancel out Emmanuel Dennis’ opener as a feisty midlands derby finished all square at the City Ground.

In Forest’s first game since manager Steve Cooper was awarded a new contract, just days after reportedly being close to the sack, he saw his side put in an improved performance as they halted a horror run of results that had seen them slip to the bottom of the table.

Dennis’ first goal for the club gave them hope of a second win of the campaign, but it was short-lived as Young produced the only real moment of quality in the match.

Cooper will be enthused but know there is plenty of work still to do to turn his squad full of new signings into a team capable of beating the drop.

This was Villa’s fourth game unbeaten, but boss Steven Gerrard will also know there is work to do after a largely disjointed performance.

Cooper was given a rousing reception by fans who were delighted at the club showing faith in the man that took them to the Premier League.

And the positive atmosphere at the City Ground helped Forest take a 15th-minute lead as Dennis marked his first start in style.

Morgan White-Gibbs whipped in an inviting free-kick from the right, which Dennis got to first to plant a firm header into the bottom corner from 10 yards.

But Villa’s response was swift and they equalised seven minutes later as Young produced a spectacular leveller.

The 37-year-old collected a clearance 25 yards out and then unleashed an unstoppable drive that Dean Henderson had no chance of keeping out of the bottom corner.

The visitors thought they had turned it around three minutes later as Ollie Watkins slid home Jacob Ramsey’s low cross, but the assistant’s flag immediately went up.

After a slow start to the second half, the game opened up after the hour mark as both sides went for the jugular.

Watkins could not get enough power on his header from Douglas Luiz’s cross as Villa pushed before Forest sprang to life and had two efforts.

Gibbs-White sent a shot from distance with the outside of his boot just wide before Cheikhou Kouyate forced Emiliano Martinez into a stretching save with another shot from outside the area.

But any hopes that flurry might set up a grandstand finish were misplaced as, although the intensity of the game remained, chances were scarce as it ended 1-1.