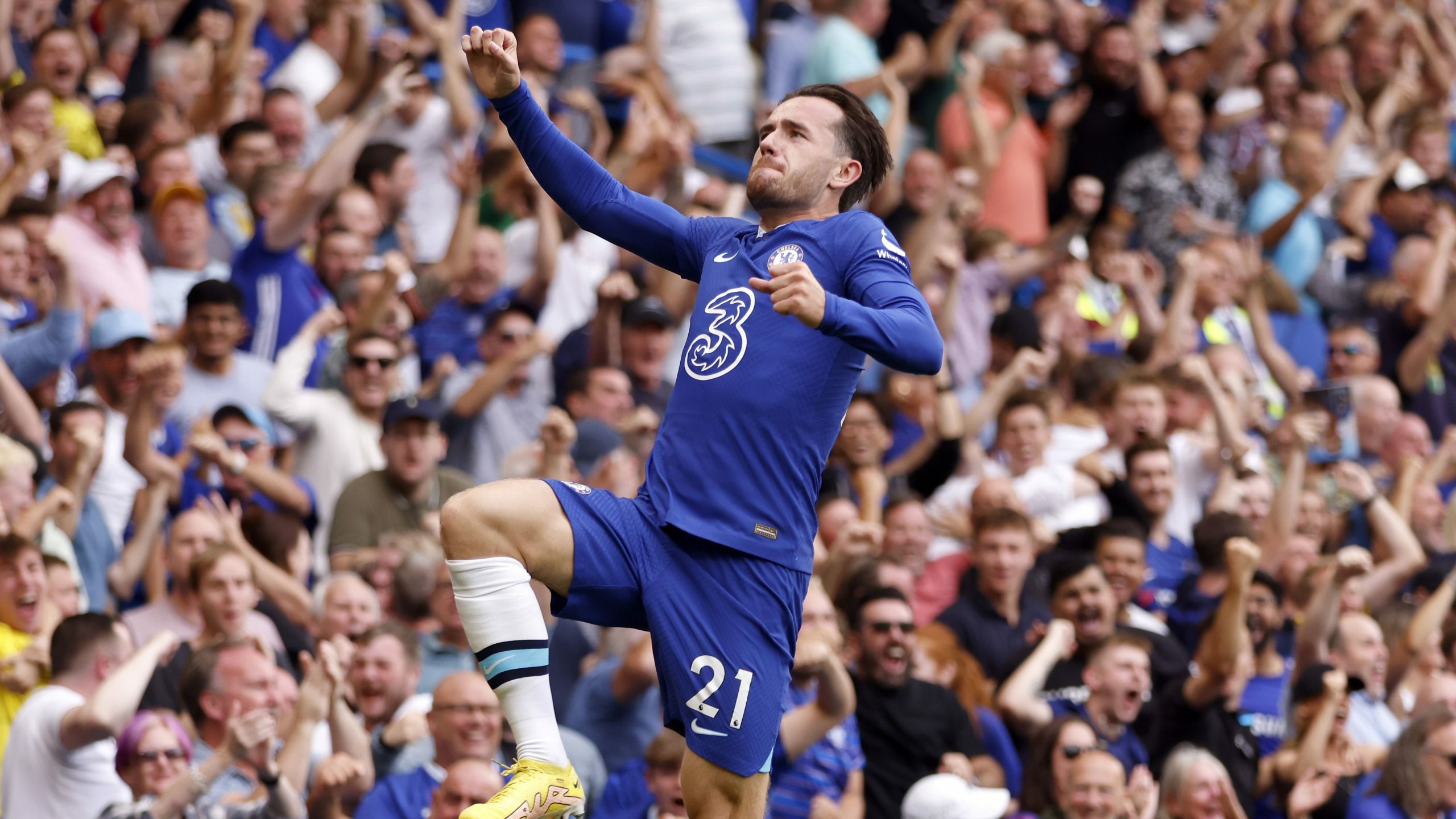 Super sub Ben Chilwell dragged Chelsea to a breathless 2-1 Premier League win over West Ham with a virtuoso control and finish then an assist for Kai Havertz.

Chelsea still had to ride their luck en route to a third win in six top-flight games, however, with Maxwel Cornet denied a late leveller for West Ham.

Edouard Mendy raced out to dive at Jarrod Bowen’s feet, but his weak palm gifted Cornet the chance to lash home.

The Hammers’ wild celebrations were cut short, however, as the goal was ruled out after a VAR review.

The officials deemed Bowen’s trailing leg on Mendy a sufficient foul to disallow the goal, leaving the Blues to tiptoe to three vital points.

England full-back Chilwell only joined the fray with 18 minutes to play, but turned the game on its head.

Michail Antonio had tapped West Ham into a 1-0 lead after a low-quality opening hour.

But Chilwell then provided a majestic piece of control from Thiago Silva’s lofted pass before slotting home a fine one-touch finish.

The ex-Leicester defender then teed up Havertz to side-foot home, with the Blues expecting to see out the win before that last-ditch drama with Bowen, Mendy and Cornet.

New recruits Pierre-Emerick Aubameyang and Denis Zakaria watched on from the stands, with both men doubtless mightily relieved at this result.

Boss Thomas Tuchel branded the close of the transfer window a “fresh start” and, despite clear structural problems in this match, three crucial points will hand everyone at Stamford Bridge a major lift.

A turgid, goalless, chance-less first half generated precious little to stir the footballing soul at a frustrated Stamford Bridge.

Chelsea lined up in a 3-5-2 formation, with Wesley Fofana starting just three days after his £70million move from Leicester.

The French defender was immediately comfortable in the set-up, but the same could not be said of Chelsea’s midfield, or their attacking structure.

Conor Gallagher regularly incurred the wrath of Tuchel on the touchline for taking up the wrong position when the Blues had the ball.

Chelsea bossed the ball but failed to threaten at all in the first half, with some familiar tactical teething problems coming to the fore.

The three-man midfield could not solve the disconnect between the bottom and the top of Chelsea’s attack.

Gallagher might perhaps have operated more centrally, in something akin to a number 10 role, had Fofana had more time to train and develop a right-flank rapport with Reece James.

Instead, Gallagher was tasked with doubling up with wing-back James, but too often that left the Blues unable to set their England marauder free on that flank.

Raheem Sterling again battled manfully, but without enough of a foil up front, while Christian Pulisic could not convince.

Half-time came and went without much alteration and Chelsea continued to press without incision.

Lucas Paqueta picked Pulisic’s pocket as he eyed a shot in the box in a rare threatening break from the Blues.

James was booked for shoving Antonio after being fouled by the West Ham striker, then Chelsea were quickly left remonstrating with officials claiming an off-the-ball clash from the visiting forward.

Any censure duly escaped, Antonio shortly tapped home after Mendy could not punch clear from a West Ham corner.

Declan Rice collected the loose ball and squared to Antonio who only had to tap across the line to put West Ham up and apply a major choke hold on Chelsea.

Just when Chelsea were starting to stare down the barrel of a third defeat in six matches, however, up popped Chilwell with a stunning goal.

Silva’s raking pass split the defence but still asked a massive amount of Chilwell, who coolly headed on for himself, then spun and delivered a first-time finish through Lukasz Fabianski’s legs.

Cornet should have put West Ham back in front with his first touch off the bench, only to nod against the post with Mendy beaten.

Chelsea seized on that reprieve to race up the other end, with Chilwell delivering a low cross for Havertz to tap home and put the hosts 2-1 up.

West Ham powered back and thought they had levelled at 2-2 just moments later, only for Cornet’s effort to be chalked off.

Bowen left a trailing foot in on Mendy, who had raced out but only palmed away weakly.

Cornet fired in after claiming the loose ball, with the goal initially given, then ruled out after VAR review.