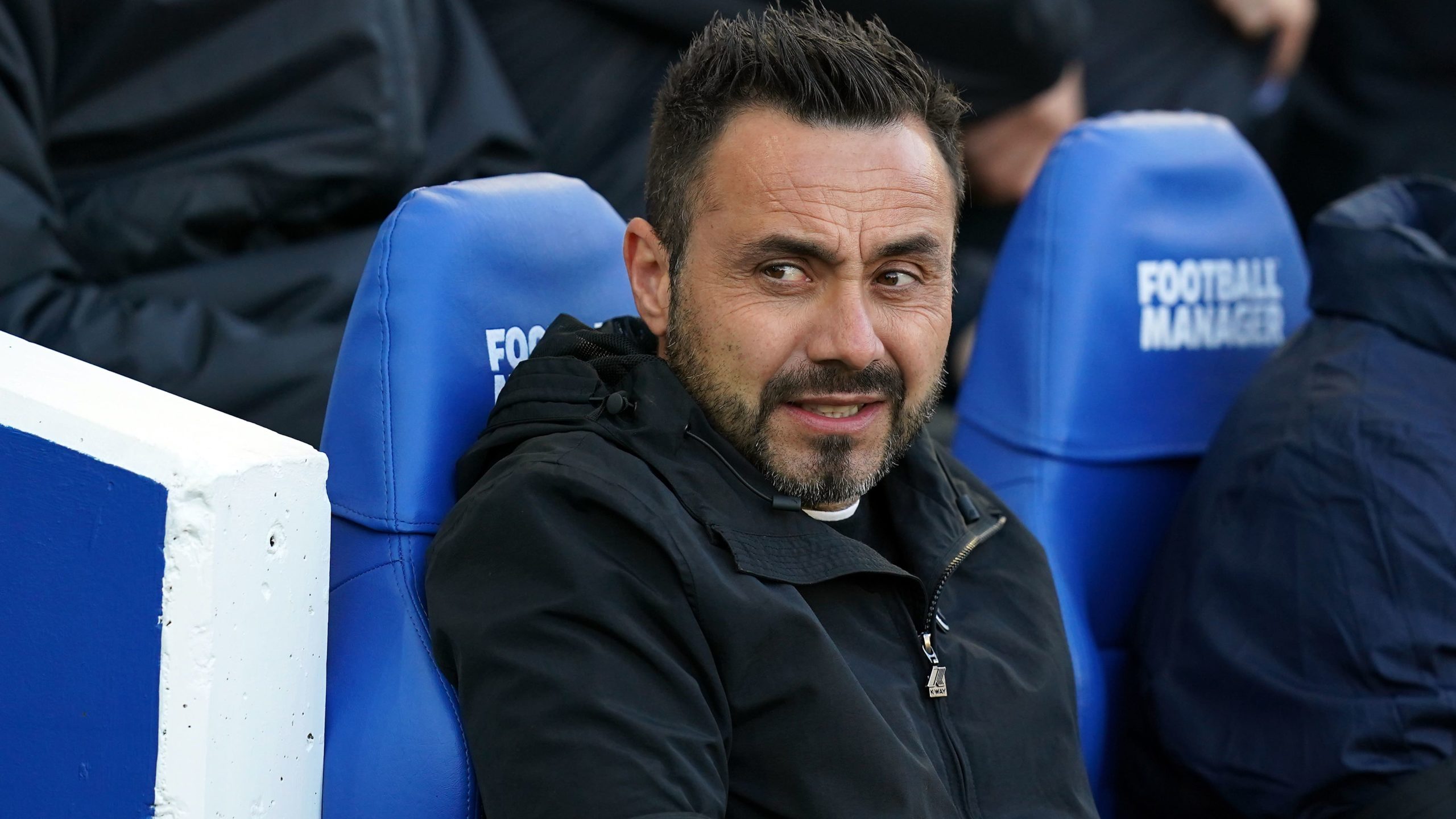 Brighton manager Roberto De Zerbi wants his side to emulate the winning mentality he feels Gabriel Jesus and Oleksandr Zinchenko have given Arsenal.

De Zerbi’s side take on the Premier League leaders in the third round of the Carabao Cup on Wednesday and the Italian is expecting a tough test at the Emirates Stadium.

As well as being a fan of Gunners manager Mikel Arteta, De Zerbi feels the two summer signings from Manchester City have played a key role in their side’s impressive start to the season.

“I appreciate him a lot (even) when the results weren’t good and I like his style of play for sure.

“Another thing with Zinchenko and Jesus, maybe they find the best mentality because these players know how to win. They won a lot in the Premier League and I think they help the other team-mates to find the right mentality.

“I think I follow the great work from the last coach (Graham Potter) and step by step I wanted to put my ideas across. I think game by game we are getting nearer but without good players, the coaches can do nothing.”

Asked if he thinks Arsenal can be genuine title contenders this season, De Zerbi added: “I think they can arrive to the last game to fight for the title.

“Manchester City are a very good team with very good players and the difference is they know the way (to win the title). Arteta is one of the best coaches in Europe but he knows that the best is (Pep) Guardiola.”

De Zerbi has no new injury worries ahead of Wednesday’s game and confirmed goalkeeper Jason Steele, who kept a clean sheet in the previous round, would again deputise for Robert Sanchez.

“It will be a good test, we will treat it seriously,” the 43-year-old said. “It’s a very important game. I can make some changes but it’s just as important as a Premier League game. We will try to win.

“It’s important to win always, but it’s most important to play seriously because if we want to prepare the best way for the next game against Aston Villa, we have play well tomorrow.

“Jason 100 per cent deserves this. He’s a good goalkeeper, a good guy and very important inside the dressing room.”