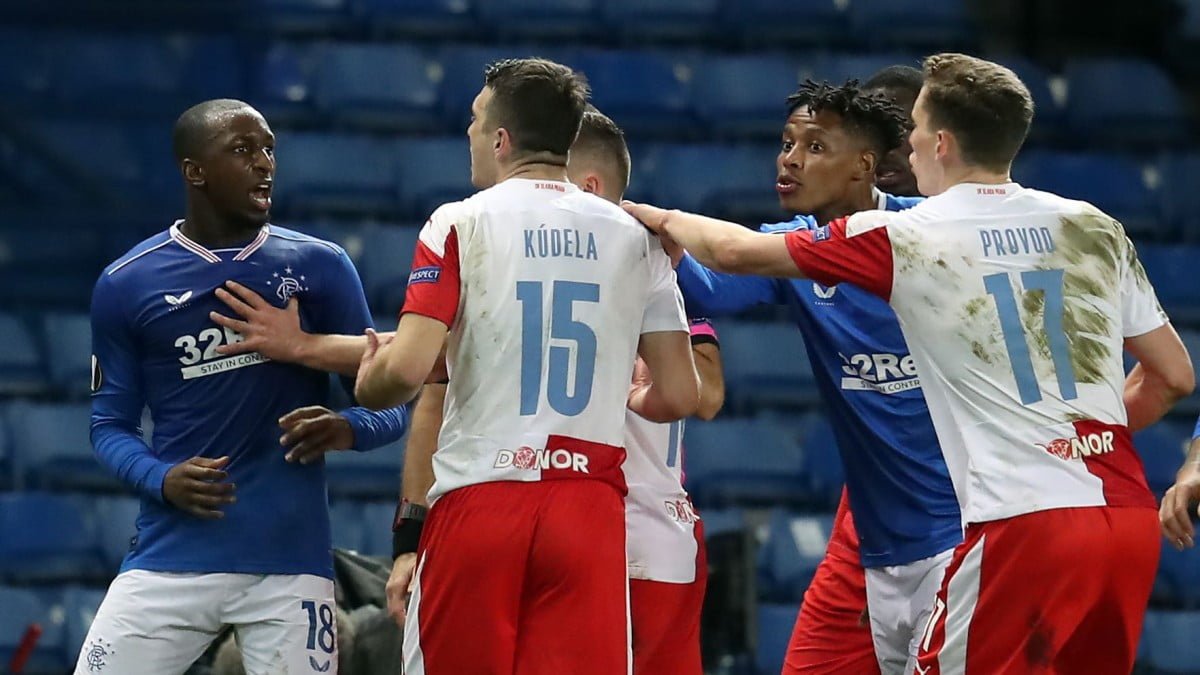 TAM MCMANUS: Giving Kudela a 10 game ban was a slap in the face to every black player

Slavia Prague 0 Arsenal 4. A score line that a lot of people would have taken great satisfaction from last night.

The fact that four black players scored the goals could of course just be a coincidence or it indeed could be karma for the despicable way not only Ondrej Kudela acted but Slavia Prague as a club did.

It was clear to everyone that Kudela made an inflammatory remark to Glen Kamara towards the end of Rangers second leg game at Ibrox.

The sly way which he covered his mouth to say it to Kamara made it even more calculating.

For me, he knew exactly what he doing and the reaction of Kamara suggested something serious, and as the evidence later revealed, the comment was racist.

UEFA had an opportunity to send out a clear and strong message that racism of any form would not be tolerated.

They should have hammered Kudela with at least a year ban and thrown his side out of Europe. Strong action had to be taken but instead UEFA were gutless.

Giving Kudela a 10 game ban was a slap in the face to every black player playing under their banner and indeed every black person.

When you take into account that Kieran Trippier got banned for 12 games for tipping his mates off that he was going to Atletico Madrid and to get a few quid on it, makes the 10 game ban for racism even more deplorable.

I genuinely feel sorry for Glen Kamara in all of this. What he was subjected to by a fellow pro is gut wrenching.

The way he reacted was the way any person would if someone had said something so insulting to them.

The fact he has been hammered with a ban just doesn’t sit right with me or doubtless many others.

All they appear to care about is money which is sad.