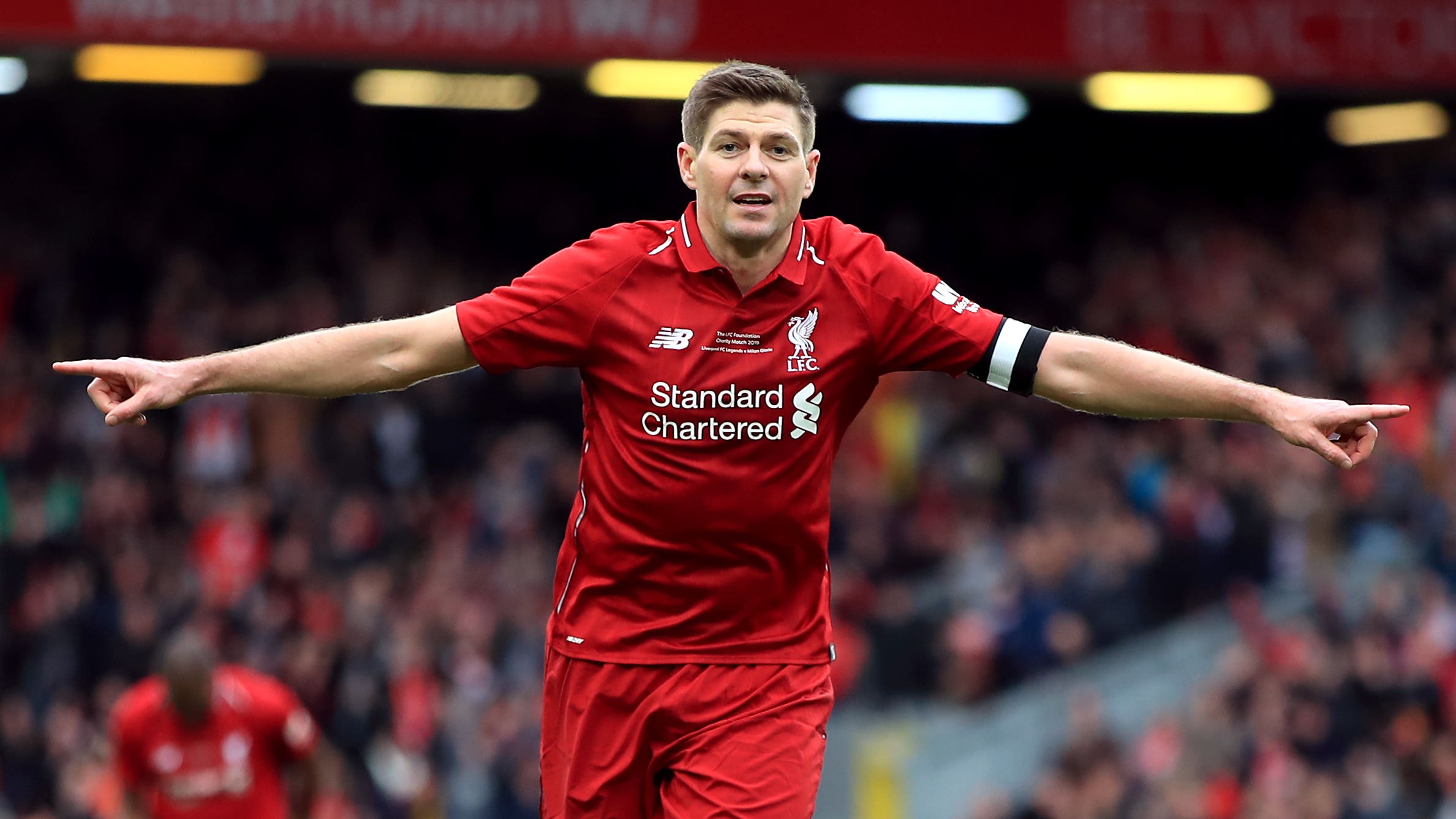 The highs and lows of Steven Gerrard’s career in England

By By Carl Markham PAOctober 20, 2022No Comments

Former England and Liverpool midfielder Steven Gerrard has left his role as Aston Villa manager after his side’s 3-0 Premier League defeat at Fulham.

Gerrard has been in the job less than a year after signing a three-and-a-half year contract in November 2021.

Here, the PA news agency takes a brief look at Gerrard’s ups and downs in the English top flight.

An 18-year-old Gerrard made his Liverpool Premier League debut on November 29, 1998 against Blackburn as a last-minute substitute for Vegard Heggem. He went on to make 12 league appearances in his breakthrough season.

One of the enduring images of Gerrard’s long career was of him scoring a penalty in the 4-1 humiliation of arch-rivals Manchester United at Old Trafford in March 2009 before running away kissing the Liverpool crest on his shirt and then planting another on a television camera in front of the away fans.

Having served his apprenticeship as vice-captain the previous year, boyhood Reds fan Gerrard was handed the armband in October 2003 when manager Gerard Houllier decided to replace Sami Hyypia as skipper. “It was a big moment for me – one of the best days of my life really,” said Gerrard.

Gerrard was always the man for the moment and on David Moyes’ 10-year anniversary at Everton, the midfielder stole the headlines on his 400th appearance for the club with a first Anfield derby hat-trick in 77 years in March 2012. A cool lob over Tim Howard was followed by clinical finishes from Luis Suarez assists.

He replaced Dean Smith as Villa boss in November 2021 after guiding Rangers to their first Scottish title in 10 years and leaving them four points clear of arch-rivals Celtic at the top of the table. Villa chief executive Christian Purslow said at the time: “It has been very clear in our discussions with him that Steven’s coaching ambitions, philosophy and values entirely match those of Aston Villa.”

Gerrard made his name as a combative midfielder and eight career red cards almost came with the territory. His first was as a 19-year-old when he came off the bench in the second half of a 1999 Merseyside derby at Anfield and, with his side losing, was dismissed for a reckless 90th-minute lunge on Kevin Campbell.

Matches against Everton always raised the local lad’s blood pressure but Gerrard overstepped the mark with an ugly two-footed tackle on Gary Naysmith. The incident in December 2002 was missed by referee Graham Poll but an FA disciplinary panel retrospectively banned him for three matches.

Old Trafford holds mixed emotions for Gerrard and this was one of his lowest in April 2003. Hyypia was sent off after just four minutes and Liverpool went on to lose 4-0, their heaviest defeat for 50 years to their arch-rivals.

The one trophy missing from Gerrard’s considerable playing CV was a league title and he came so close in 2014. Brendan Rodgers’ side were on a 16-match unbeaten run in late April and top of the table with three matches to go. Gerrard’s stumble allowed Demba Ba to score the crucial first goal at Anfield which led to a 2-0 defeat, taking their destiny out of Liverpool’s hands, and remains an incident still recounted by opposition fans.

As Gerrard’s career began to wind down, Rodgers began to use him sparingly and was benched for the March 2015 Anfield meeting with United. Trailing 1-0, the frustrated captain was introduced for the start of the second half but lasted just 38 seconds before being sent off for a stamp on Ander Herrera.

Villa slumped to a sixth defeat of the season at Fulham, remaining outside the bottom three only on goal difference and Gerrard’s departure was confirmed shortly after. The former Rangers boss had guided the midlanders to only two league wins this season and despite saying he would not quit in his post-match interview after his players had been booed off the pitch for the second successive game, he was on his way out of Villa Park later the same evening.