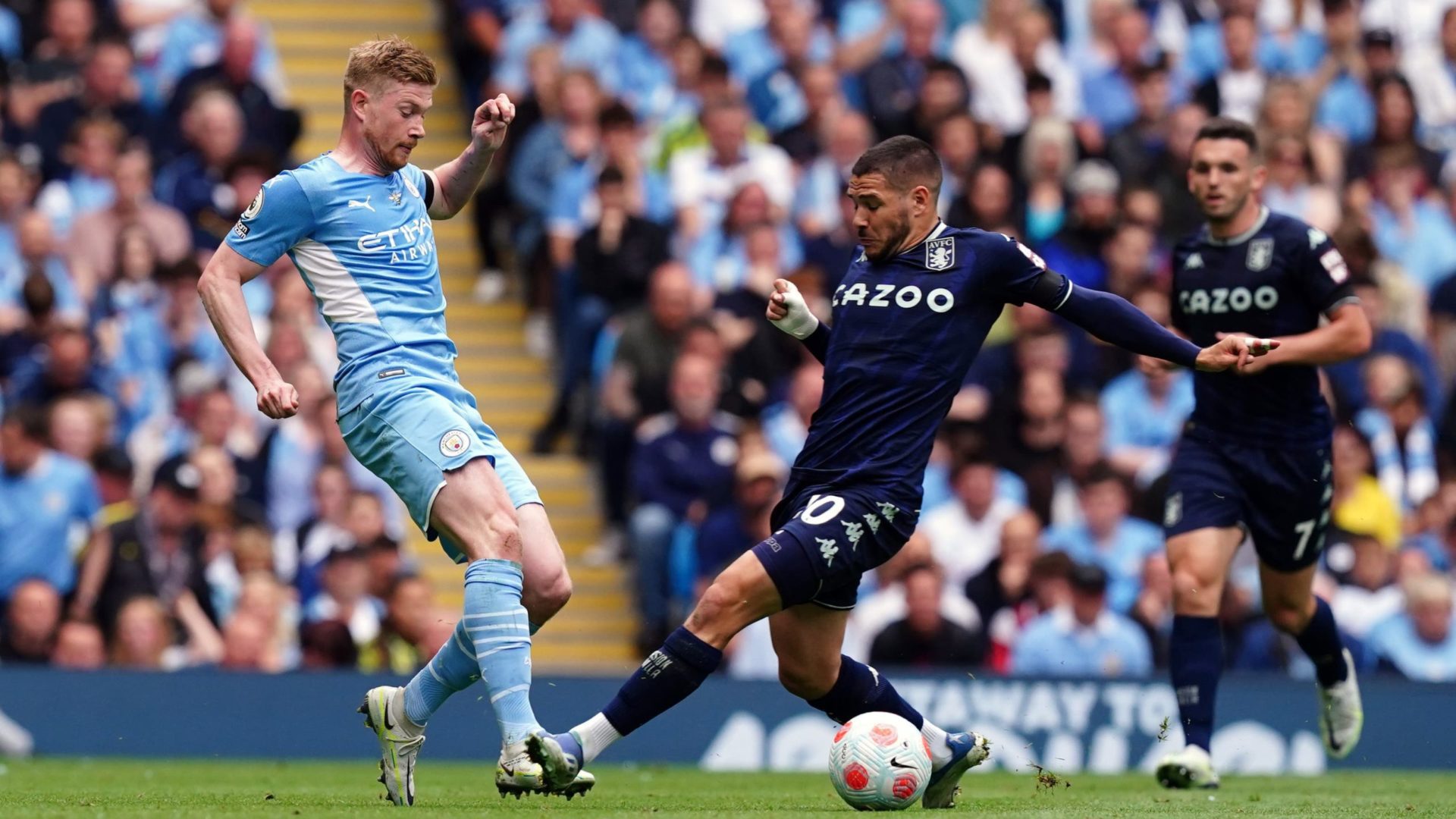 Manchester City have clinched another Premier League title following a dramatic 3-2 win over Aston Villa. Here, the PA news agency looks at some players key to their success.

That the Belgian playmaker ends the season regarded as City’s player of the year by some distance is remarkable given that he made little impact in the first half of it due to a series of fitness problems. De Bruyne has been the key figure in the run in, rising to the challenge as Liverpool turned up the pressure. With drive, determination, outstanding delivery, lung-bursting runs and goals, all while having an inspirational effect on team-mates, he has been the decisive factor in City’s triumph.

For much of last summer it seemed the Portuguese midfielder would be leaving the Etihad Stadium. After falling down the pecking order last term, the player had expressed a desire to move on. Yet he did not complain after a move failed to materialise and instead knuckled down to business on the field. Taking advantage of injuries and the poor form of others, Silva not only shone in the early part of the season but virtually made himself an automatic selection. He maintained his influence throughout the campaign.

The Algerian has arguably enjoyed his best season with City, providing a dynamic presence on the right of their attack. Although Raheem Sterling has scored more Premier League goals, Mahrez finishes as their top scorer overall having netted 24 in all competitions. He spent a month away at the Africa Cup of Nations but his form either side of that tournament lifted City during the tricky winter months. He has also proved a reliable penalty-taker, although he did miss one against West Ham that could have proved costly.

City’s lack of depth in the full-back positions was a potential weakness but their two specialists, Cancelo and Kyle Walker, have both excelled. Despite preferring to play on the right, Cancelo has covered the left-back spot superbly. He has also brought much to the attack, both in the conventional sense of getting out wide or, most notably, stepping inside to bolster central midfield when in possession. His range and quality of passing or crossing have made him a formidable weapon.

The Spaniard is not the first and will almost certainly not be the last player to need more than a year to adapt to Pep Guardiola’s demands, but the midfielder now looks every inch the commanding presence City hoped he would be. Rodri has been highly adept at breaking up opposing possession and launching attacks. He has shielded the back four, driven the team forward and weighed in with some important goals. The handover from Fernandinho, who is leaving the club this summer, is now complete, particularly after his stellar goal against Villa.