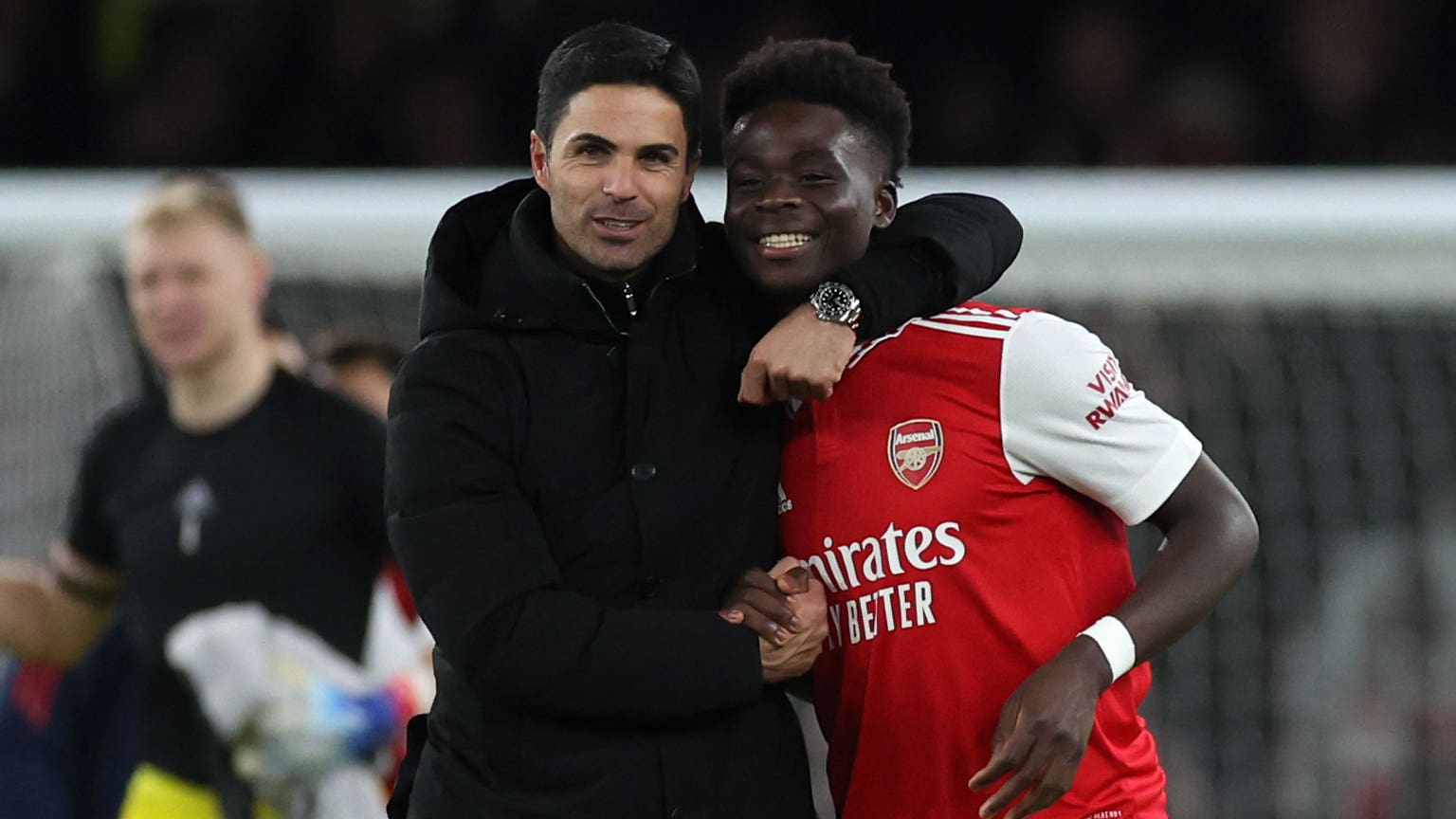 Mikel Arteta hopes Arsene Wenger’s first trip back to the Emirates since leaving the club in 2018 was the first of many future visits by the former Arsenal boss.

Wenger’s appearance capped a brilliant Boxing Day for the Gunners faithful who watched their side complete a 3-1 comeback to beat struggling West Ham.

“There’s only one Arsene Wenger” erupted from the stands after Gabriel Martinelli pulled the hosts ahead in the second half en route to the hosts’ 10th straight top-flight home victory, equalling their all-time record.

“The players knew,” said the current Gunners boss, who was also exalted with a chant of his own.

“They were willing to keep it quiet and allow that space for Arsene. A very special day, thank you so much for him coming.

“Hopefully walking through the building he’s going to feel everything that he left here as well. His presence is something that has to be very, very attached to this football club so thank (him) for doing that because it means a lot for everybody at the club.

“I’ve been involved in the process (of bringing him) but it’s about him, the timing he needed to make that step and hopefully he’s going to live here and be willing to spend more time with us and be around us because he is such an influence. For me personally, in my career, the way I see the game but as well for this football club.”

Arsenal threatened throughout the first half, dominating with 72 per cent of the possession, but were frustrated as Said Benrahma’s spot-kick was the only goal at the break.

The Gunners regrouped and Bukayo Saka struck the equaliser eight minutes after the restart before Martinelli fired Arsenal ahead.

Eddie Nketiah, starting his first game for Arsenal in place of the injured Gabriel Jesus, had enjoyed the vocal support of the Emirates crowd from kick-off and they were finally rewarded when Martin Odegaard tapped the ball to the 23-year-old, who neatly pivoted around his marker before firing into the bottom corner as the elated fans chanted his name.

Arteta had not yet spoken to his predecessor as he addressed the media and admitted the victory, which extended his side’s Premier League lead to seven points, was an ideal conversation starter.

“Obviously it’s great,” he added. “Winning, my mood, it’s going to be much better to speak to him and be around the team.

“So, yeah, he picked the right moment, a really special day because Boxing Day is a beautiful day to play football and I thought the performance was at the level today that we deserve, and hopefully he will like it.”

West Ham boss David Moyes let out his frustration after a “soft” second-half display at the Emirates.

He said: “We showed some good reliance and we were resolute in the first half.

“We did things we are actually quite good at and have been over the last few years that we can be tough and hard to beat. We did that but we didn’t do that in the second half.