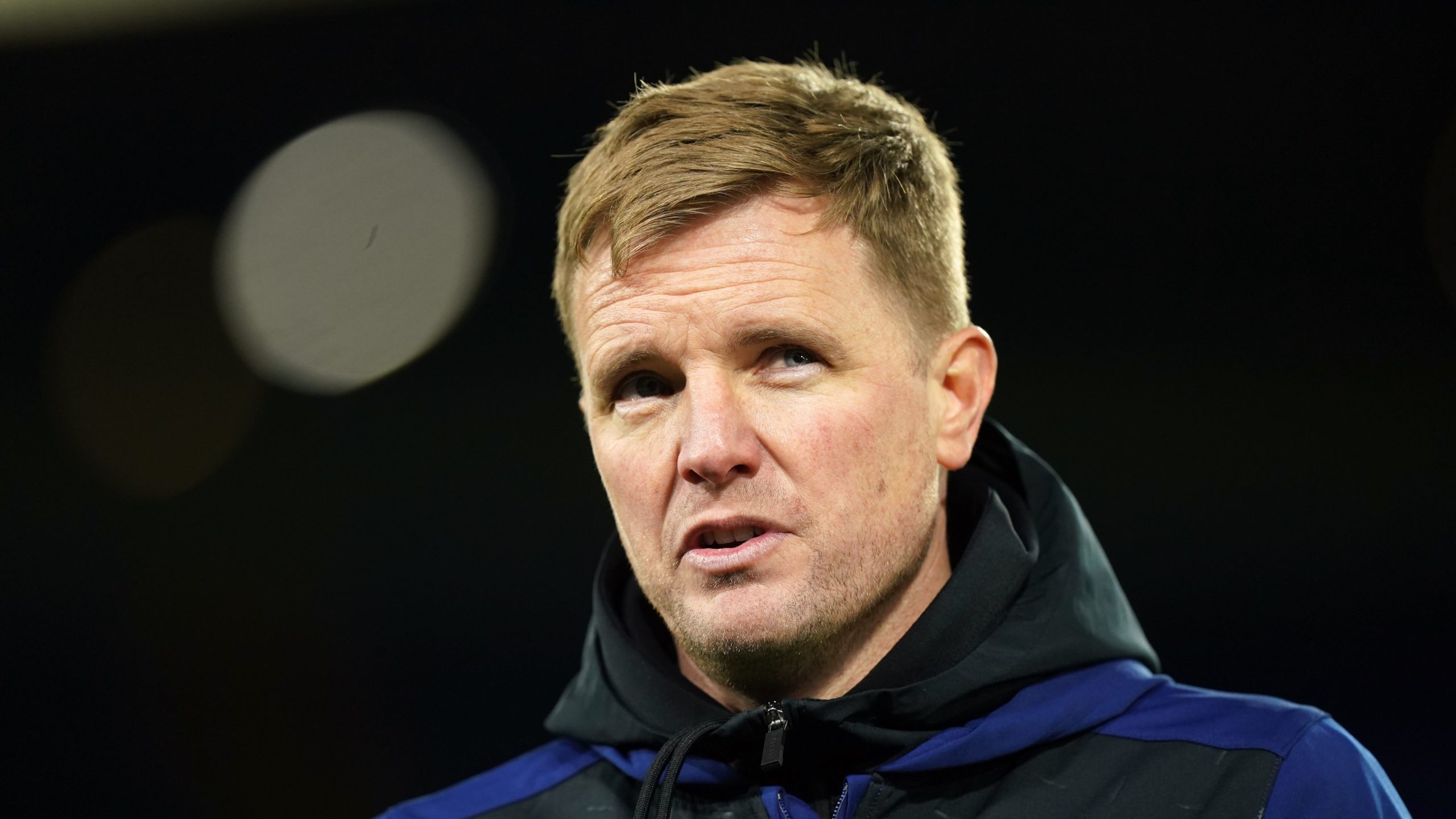 By By Damian Spellman PAOctober 18, 2022No Comments

Eddie Howe has hit back at Jurgen Klopp’s claim that Newcastle can spend whatever they want.

The Liverpool boss last week congratulated the Magpies, as well as Manchester City and Paris St Germain, on their financial power, after sporting director Dan Ashworth’s assertion that there was “no ceiling” on the club’s ambition under their new Saudi-backed owners.

Asked about Klopp’s comments, head coach Howe, whose side faces Everton at St James’ Park on Wednesday evening, said: “It’s a difficult one because it’s probably been used in the wrong way. What Dan meant with his comment was there’s no ceiling to our ambition long term.

“We have huge plans and want to go to places with huge ambitions, but the reality of what we are working towards and working with, there is a ceiling because of all the things I have sat here and explained every week: Financial Fair Play, we’re still in a training ground that’s being renovated.

“We’re not living that life that is being discussed. We are living a very different reality. Our wage bill is very controlled. We’re trying to do things in a very stable and controlled way.

“Although we have spent money on players, it has not been extravagant or out of sync with the rest of the Premier League. Everyone has to be careful with their comments and opinions.”

Amanda Staveley’s consortium, in which Saudi Arabia’s Public Investment Fund holds an 80 per cent stake, has invested in the region of £210million in the last two transfer windows, but has not done so on the kind of marquee signings mooted as the deal went through.

Howe, who felt moved to “to stand up for my football club” in the wake of Klopp’s remarks with relations between the clubs having become strained following the Reds’ last-gasp win over Newcastle in August, said: “We haven’t splashed the money maybe people thought we would have done initially.

“Yes, the ambition is huge in the long term, but in the short term, we are trying to improve everything we deliver for our players and we are still working towards that. We are a long, long way from where we want to be.”

Klopp found himself in the spotlight at the weekend after being sent from the dugout during his team’s impressive 1-0 Premier League win over champions City on Sunday, after berating one of referee Anthony Taylor’s assistants on the sideline.

Asked how difficult it is for a coach to keep his emotions in check, Howe said: “I am very aware that I am going to be looked at by millions and millions of people, especially children, and I think you have an expectation to make sure the game is upheld in the right way and with the right spirit.

“Also, my players are looking at me and what are they going to think of me if I’m… I’m not going to be able to help them in that moment if I’m not in control of my emotions.”