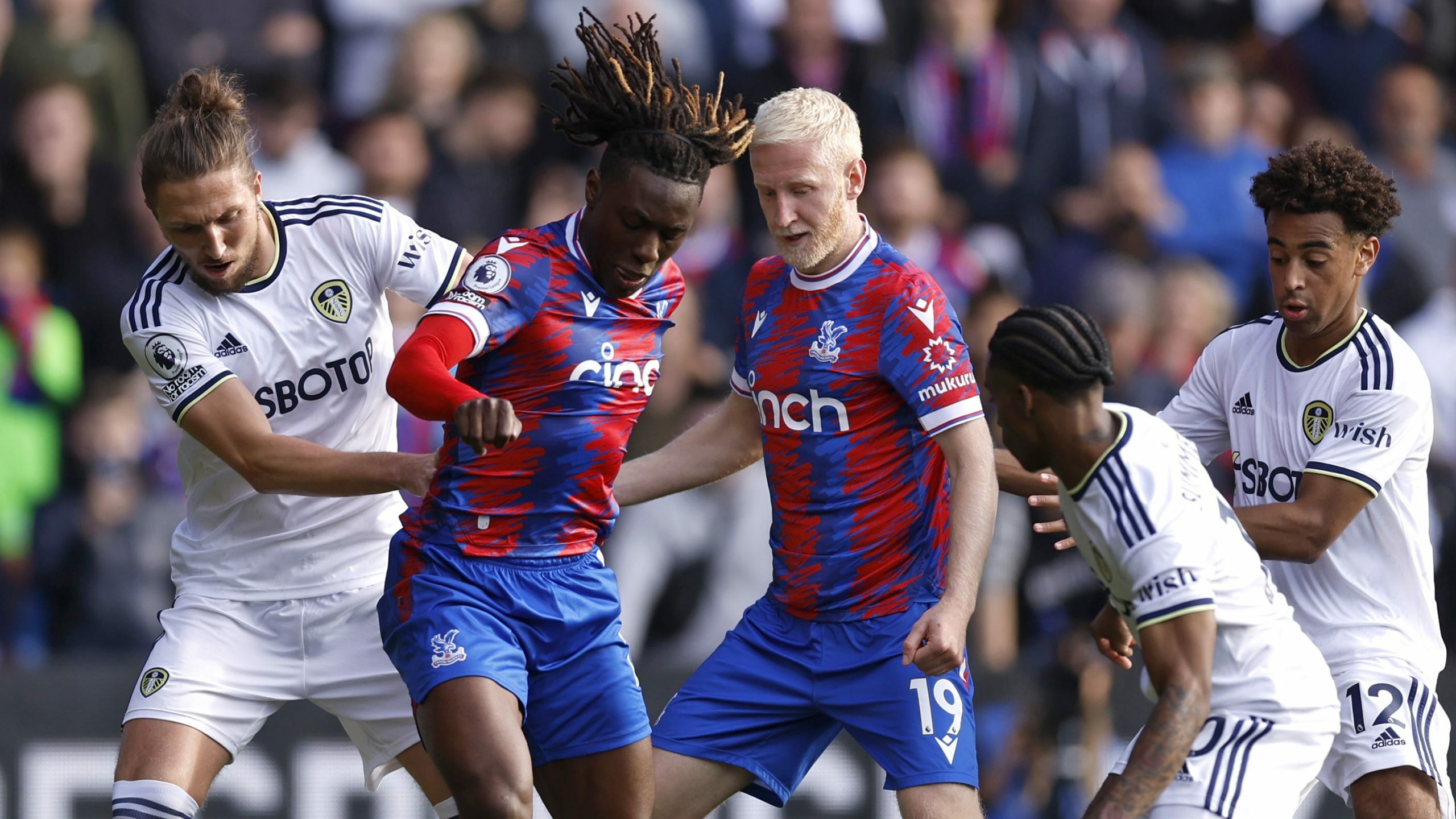 There is still much more to come from Eberechi Eze, insists Patrick Vieira

Patrick Vieira is convinced Eberechi Eze has not yet achieved his full potential for Crystal Palace after he lifted the Eagles to a 2-1 win over Leeds at Selhurst Park.

The south London native, one of Palace’s most-touted players, has started all eight matches for Vieira so far this Premier League season.

But Sunday’s strike was his first goal of the season, something Vieira chalked up to the 24-year-old still finding his right position on the pitch.

“There’s still much more to come from Ebs,” he said. “I think he used to play a little bit on the left-hand side and at the moment he is playing more centrally.

“He just needs to find the right position, to be a little bit more high on the field, because he has the ability to score goals and to create chances, so it was a good performance from him and he’s getting better and better.”

Vieira admitted the visitors had the upper hand in the first half, preventing his side from building up from the back and leaving Palace with few early chances.

Leeds were first to strike when Pascal Struijk pounced on a Brenden Aaronson rebound and fired past Vicente Guaita into the left corner.

But the hosts cancelled it out before the break when Michael Olise sent a fine free-kick into the area and Odsonne Edouard nodded it in.

Then, after the restart, Wilfried Zaha picked out Eze, who wove into position to fire a rocket past Illan Meslier, who stood still as the ball landed in the bottom-left corner.

“I think today wasn’t pretty, but we showed different tools that we need to win football matches,” said Vieira.

“I think we work hard together and the team spirit was spot on. That allowed us to go through those difficult periods. But now we have to build from that.”

Leeds boss Jesse Marsch, meanwhile, remained optimistic his side have the potential to turn things around despite the Whites now being winless in five games.

“But my experience is it comes together. It’s hard for me, we have a young team and we need to keep developing.

“Most of the teams I’ve coached, we score goals in bunches and here we just aren’t able to reward ourselves in big moments when we create advantages and are often on top of the game.

“In every game it’s been a little like that. We’ve got to find a way to get leads and then add onto them.

“We like our group a lot. I like this team. I love this team, I really do. I believe in this team and I know that we’re going to improve and keep getting better.”