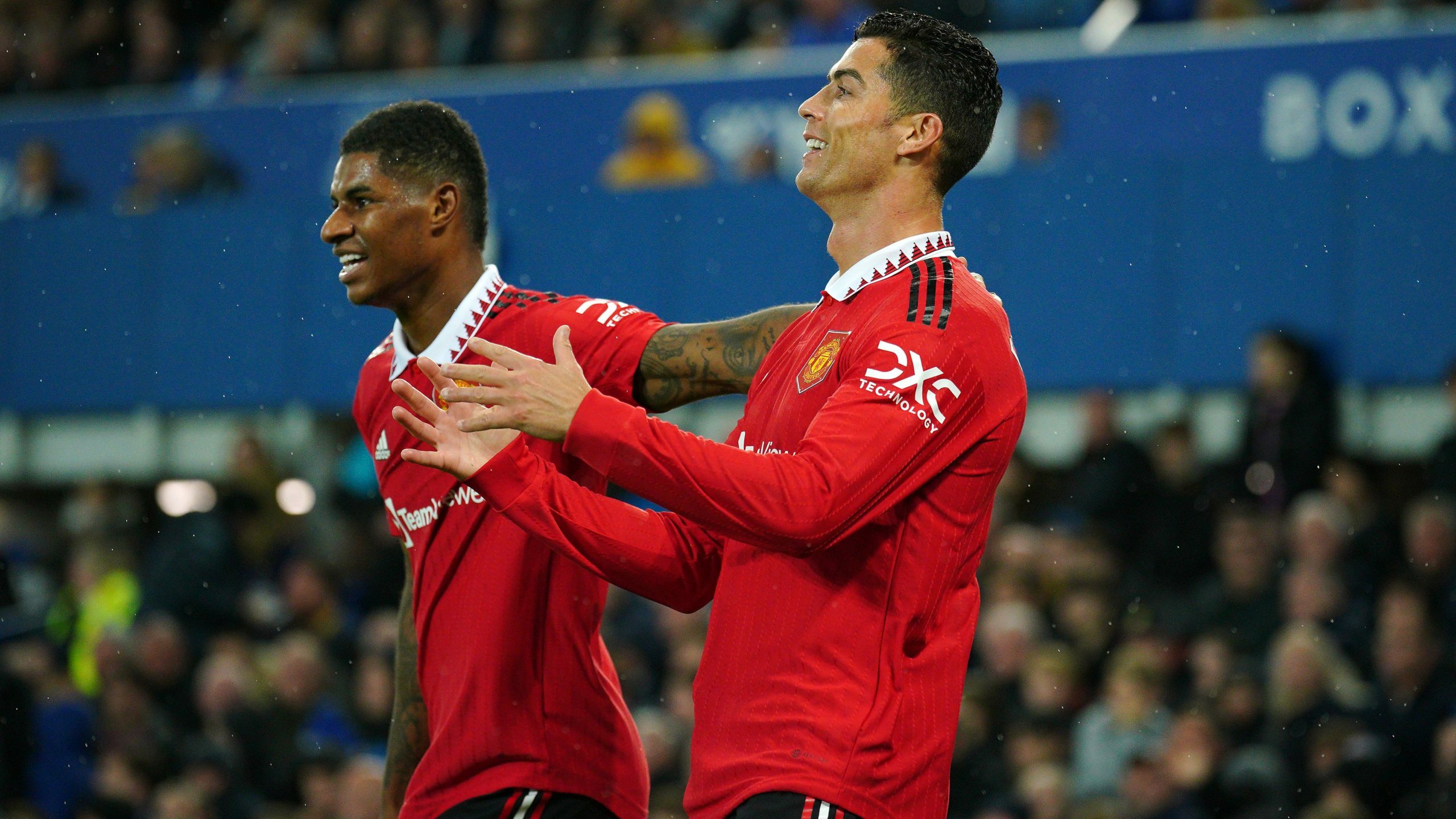 By By Ian Parker PAOctober 9, 2022No Comments

Erik ten Hag expects to see plenty more from Cristiano Ronaldo after his 700th career club goal got him off the mark in the league for this campaign and delivered a 2-1 win for Manchester United at Everton.

Ronaldo came off the bench to replace the injured Anthony Martial in the 29th minute at Goodison Park and 15 minutes later was celebrating a landmark strike after Antony had cancelled out Alex Iwobi’s early goal with his third for United in as many Premier League appearances.

After a summer of transfer speculation Ronaldo continues to be linked with a move away from United this January amid frustration at playing a reduced role and a lack of Champions League football.

He had played only 207 minutes of Premier League action before this match and was left out of the starting XI again, but, after seeing him get off the mark for this campaign, Ten Hag talked up the 37-year-old’s importance.

“That is really impressive,” Ten Hag said. “When you score 700 goals, it’s a huge performance. I’m really happy for him, I congratulate him on that performance and I’m also happy it’s his first goal this season in the Premier League – he had to wait for it and I’m sure there will be more goals.

“I think every player needs it, even when you are the best in the world, you need it, you need the goals. I worked with many goal-scorers, especially them, they need goals in every season to have that feeling, to have the confirmation of the intuition.

“Once they have some goals they come in the flow and games go easier and that will happen with him as well.”

United could and should have been in front before Ronaldo’s 44th-minute intervention against a sloppy Everton side guilty of giving the ball away too many times.

When Ronaldo did come off the bench, Frank Lampard knew what was coming.

“It is outstanding, one of the greatest players that has graced the game in an era when we have had himself and (Lionel) Messi,” the Everton boss said of Ronaldo’s record.

“The comparison doesn’t matter, they are both incredible players in football history. The numbers they have racked up, they are abnormal numbers that have become normal year after year. I don’t know him particularly well but you can do nothing but admire him.

“When he was on 699, I wanted him to score in the Europa League the other night because you knew what was coming at the weekend if he didn’t.”

Everton contributed to their own downfall on a night from which Lampard said lessons must be learned, but for United it was vital they took advantage to show a response from last weekend’s 6-3 derby defeat to Manchester City, with the win lifting them to fifth in the table.

“Criticism is normal when you have a defeat, especially in a big game, in a derby, so we have to deal with that and you learn lessons,” Ten Hag said. “We did that, we responded well, already on Thursday (a 3-2 Europa League win away to Omonia Nicosia) and today.

“The first 35 minutes were good in and out of possession. It was also good you deal with the setback, a goal against you, you are 1-0 down, but we respond much better by sticking to the plan, keep composed and doing your work, doing your job. To turn it around before half-time is good.