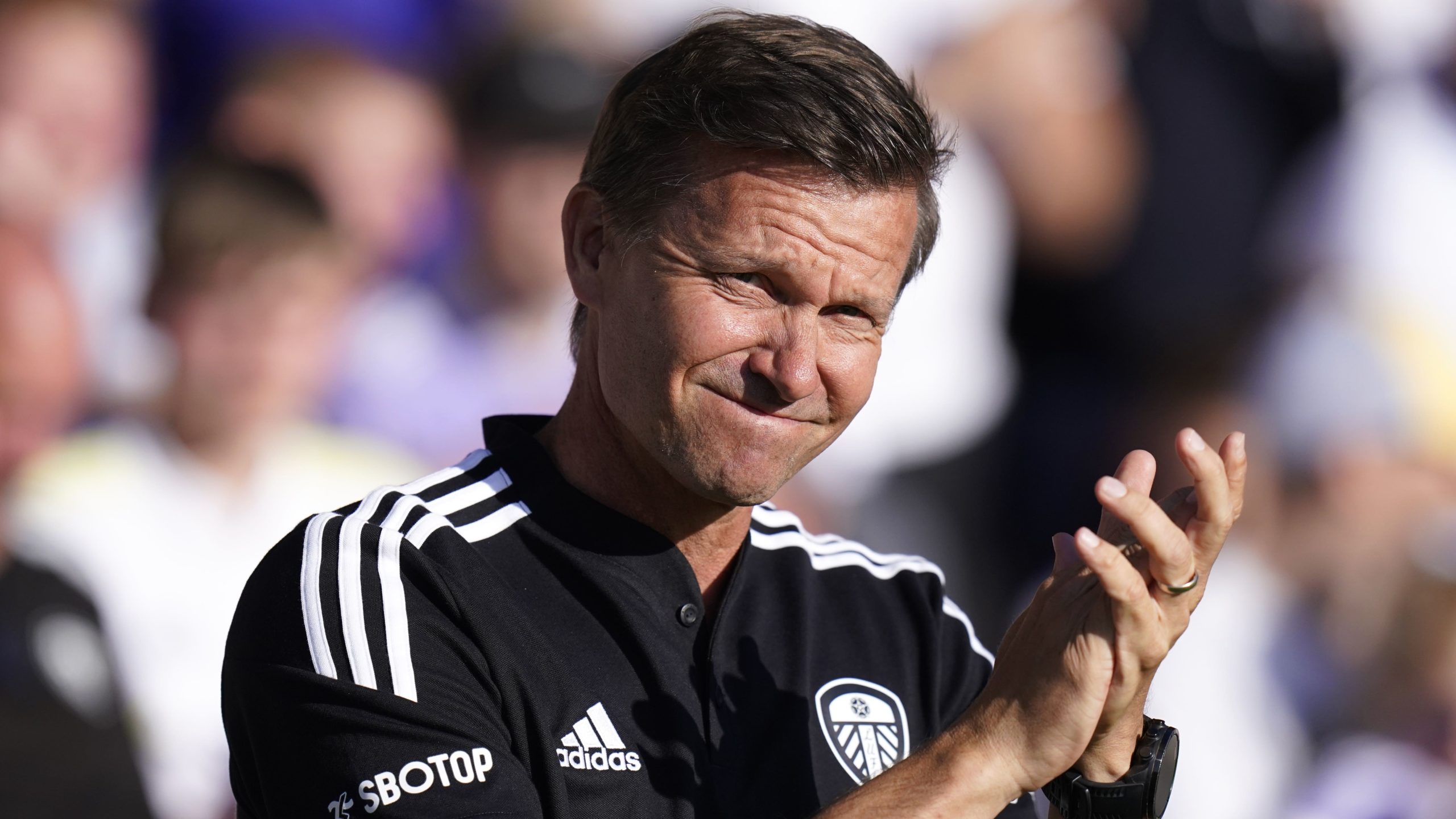 The Whites are hoping for a successful end to their summer-long hunt for a striker after Rodrigo dislocated his shoulder in the midweek draw against Everton.

PSV Eindhoven’s Cody Gakpo has opted to remain in the Eredivisie according to some reports, while others claim Marseille’s Bamba Dieng is close to completing a deal to join the Yorkshire club.

On possible last-ditch transfer deals, Marsch said: “I’m not really ready to comment at all on transfers because I haven’t spoken to (director of football) Victor (Orta).

“We got off the training pitch and I know there’s a lot going on at Elland Road, but I haven’t heard exactly what yet.

“No comment because there is so much going on at Elland Road. I know Victor is active. We spoke when the day started.

“There were different discussions about strikers, but I’m not sure how it will play out. I haven’t had an update yet.”

Marsch, whose side play at Brentford in the Premier League on Saturday, also refused to comment on reports linking winger Dan James with a move away from Leeds.

Rodrigo’s impressive start to the season was halted on Tuesday night when he dislocated his shoulder in a challenge with Everton goalkeeper Jordan Pickford.

It was tough luck on the Spain forward – he has scored four goals in five league games – and on Leeds, who had already been searching for a new striker as cover for Patrick Bamford.

Marsch confirmed Rodrigo does not need surgery, while Bamford hopes to have finally come through his injury woes.

He has recovered from a groin issue, which has restricted him to one league start this season after missing most of the last campaign.

On Rodrigo’s setback, Marsch said: “When it (the shoulder) pops out, it’s about as good a case scenario as it can be.

“It means it doesn’t need surgery and hopefully in three or four weeks it can calm down, maybe it takes a little bit longer, maybe shorter, we’ll see.

“He feels good. He feels confident he will be ready fairly soon, so we’re targeting after the international break.”

Marsch confirmed skipper Liam Cooper (calf) could return to the bench at Brentford, and Junior Firpo and Luke Ayling (both knee) were back in full training.

Leeds sit sixth in the table after winning two, drawing two and losing one of their opening five matches.