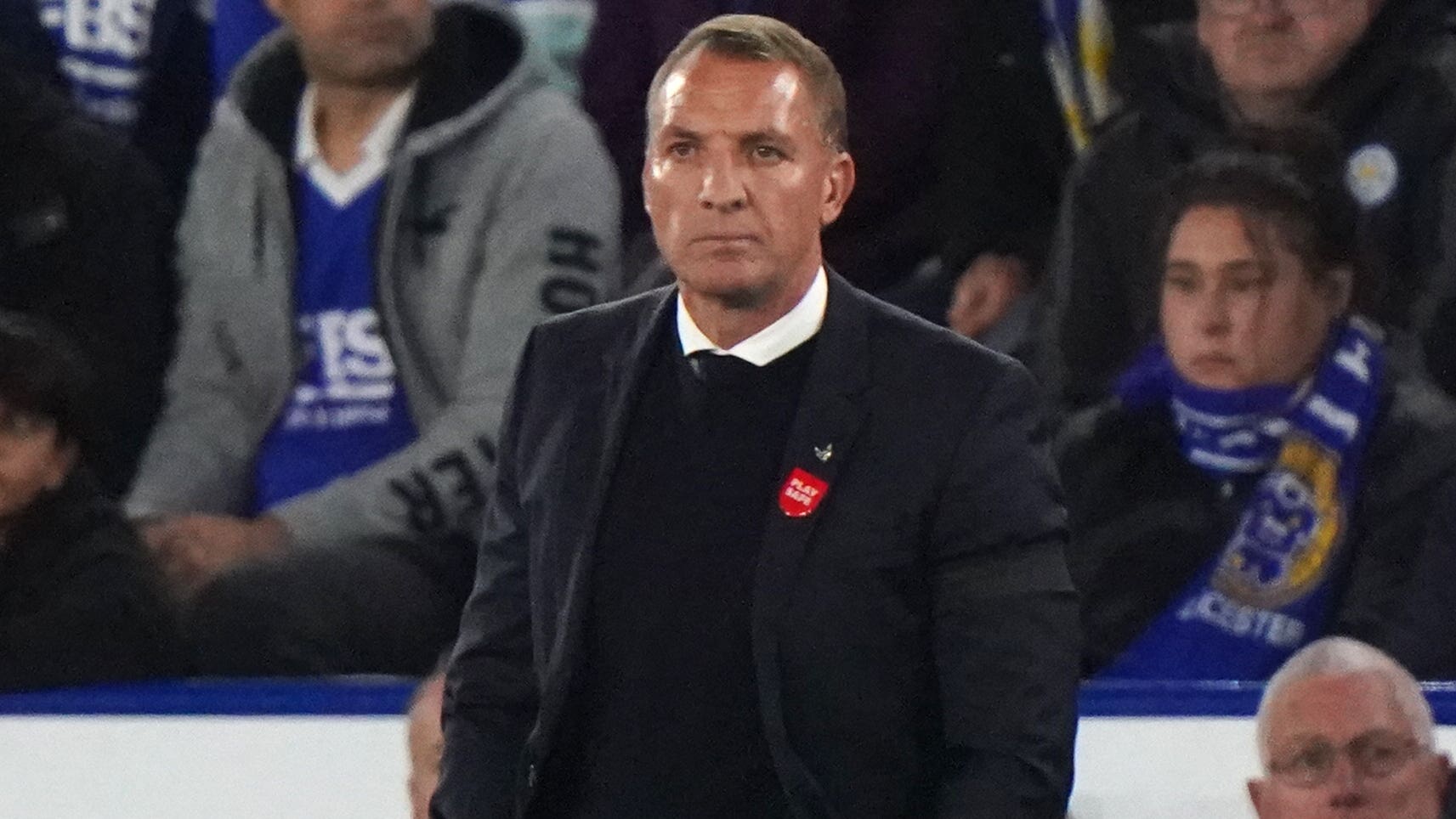 ‘They trust me’ – Brendan Rodgers grateful for support of Leicester owners

By By Ian Parker PAOctober 4, 2022No Comments

Brendan Rodgers insists he has been happy to shoulder the pressure placed on him at Leicester, confident he retains the backing of the club’s board.

That heat eased considerably on Monday as the Foxes ended their winless start at the eighth attempt with a 4-0 rout of east midlands rivals Nottingham Forest, with Steve Cooper’s side replacing them at the bottom of the table after a match dubbed ‘El Sackico’ between two under-pressure bosses.

Leicester chairman Aiyawatt ‘Top’ Srivaddhanaprabha had jetted in to watch his first match in person in six weeks – a fact seen as significant given the speculation around Rodgers’ position prior to kick off – but the Northern Irishman said it had been business as usual.

“I spoke to him beforehand,” Rodgers said. “It’s always great to see Top. He’s come before (this season) but of course more is made of it with you guys putting me under big pressure.

“He is always there and he’s been really supportive of me. They trust me in the work and that’s why I’m still in the job. They expect me to take the team out of it after what was a really difficult summer for us. The performance was co-ordinated and cohesive, with a desire, and we’ve got to build on it.”

This was only Leicester’s second win in the last eight league meetings against Forest, while they also lost 4-1 in the FA Cup last season.

Asked if the victory had come as a personal relief, Rodgers added: “I’m just more pleased for everyone else. It was a big night for us. We needed to repay the supporters for the game in February in the FA Cup, when we never showed the desire to win a derby game.

“Some of the boys hadn’t play in a derby game and maybe didn’t know what it meant but they certainly knew after that.

“It was great to see them perform in a pressure game and get the result to send the supporters home happy. Now we will look to build on that. It’s good feeling. For me, I’ll continue to encourage and support and manage the players and encourage them to be the best we can be. Hopefully we can push on.

“All I’ve tried to do is focus on performances. There’s a process to it. I’ve got a big belief that when we play with intensity and coordination we can be a very good team. It’s been a difficult start for us but we’ve got to concentrate on the positive aspects.

“Any pressure that comes, I’ve said to them, that comes on to me and I can deal with that.”

While Rodgers got the result he needed on the night, a fifth straight defeat has intensified the focus on Cooper’s position at Forest with club owner Evangelos Marinakis now said to be eyeing up potential replacements.

Cooper said he still needed time to turn 22 summer signings into a cohesive team. Asked if he would get that time, he said: “I’m not thinking about that. I understand where the question is coming from but it’s not about my personal situation apart from how I can be at my best every single day.