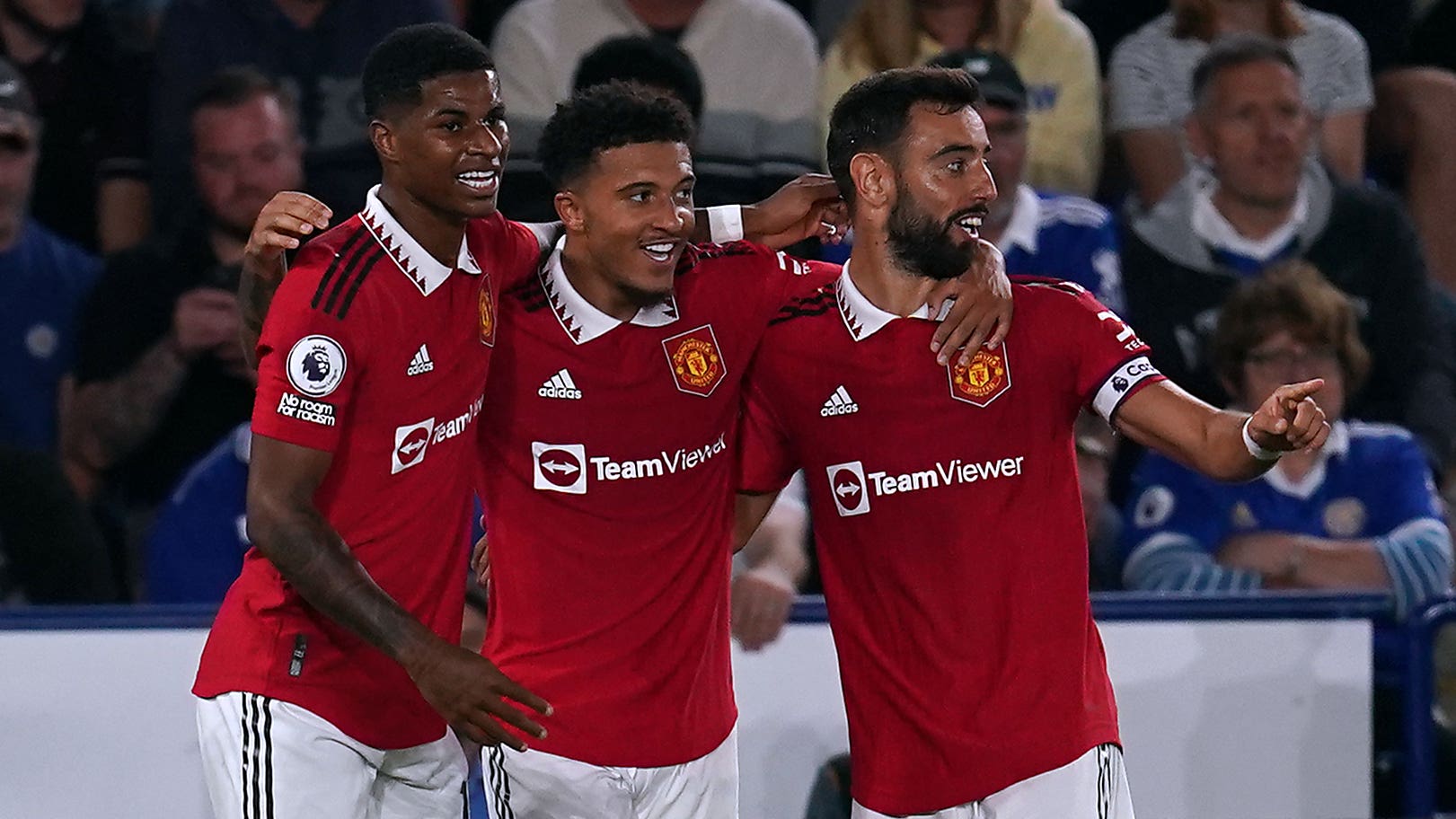 The England forward feels the Dutchman has brought much-needed clarity to Old Trafford.

Sancho struck to earn United a 1-0 win at Leicester on Thursday and lift them to fifth in the Premier League.

Sancho has played under Ole Gunnar Solskjaer and Ralf Rangnick since joining from Borussia Dortmund last summer but thinks Ten Hag has made an instant impact after his arrival from Ajax.

He said: “I would say (there’s) more information, a more clear plan and what to do, especially in some areas of the pitch. Definitely.

“The style of play in training is what we’re working on. Some of that you see, some of it is the intelligence of our players, creating and knowing each other well.

“We’re training more together and as you saw from pre-season, we’re playing well together. We’re playing in the style which the manager wants. Everyone is loving it at the moment.”

It is a recovery having lost to Brighton on the opening day before being humbled 4-0 at Brentford just three weeks ago.

“It is a long time (since winning three straight games), but every week is going to be tough and we have to be ready and hopefully keep up this momentum,” said Sancho.

“We knew we had to wake up after the Brentford game, we’ve got three wins in a row now and we have to keep this up and hopefully keep getting some more wins.

“We stuck to the game plan as the manager wanted and in every training session we‘re working hard to get better and better.”

United now welcome leaders Arsenal on Sunday having moved to within six points of the Gunners with Mikel Arteta’s side having won all five league games this term.

Sancho added: “They’ve won five out of five so we know Arsenal is going to be a tough game, we’re going to have to be ready, I’m sure the boys will recover now and be ready for Sunday.”