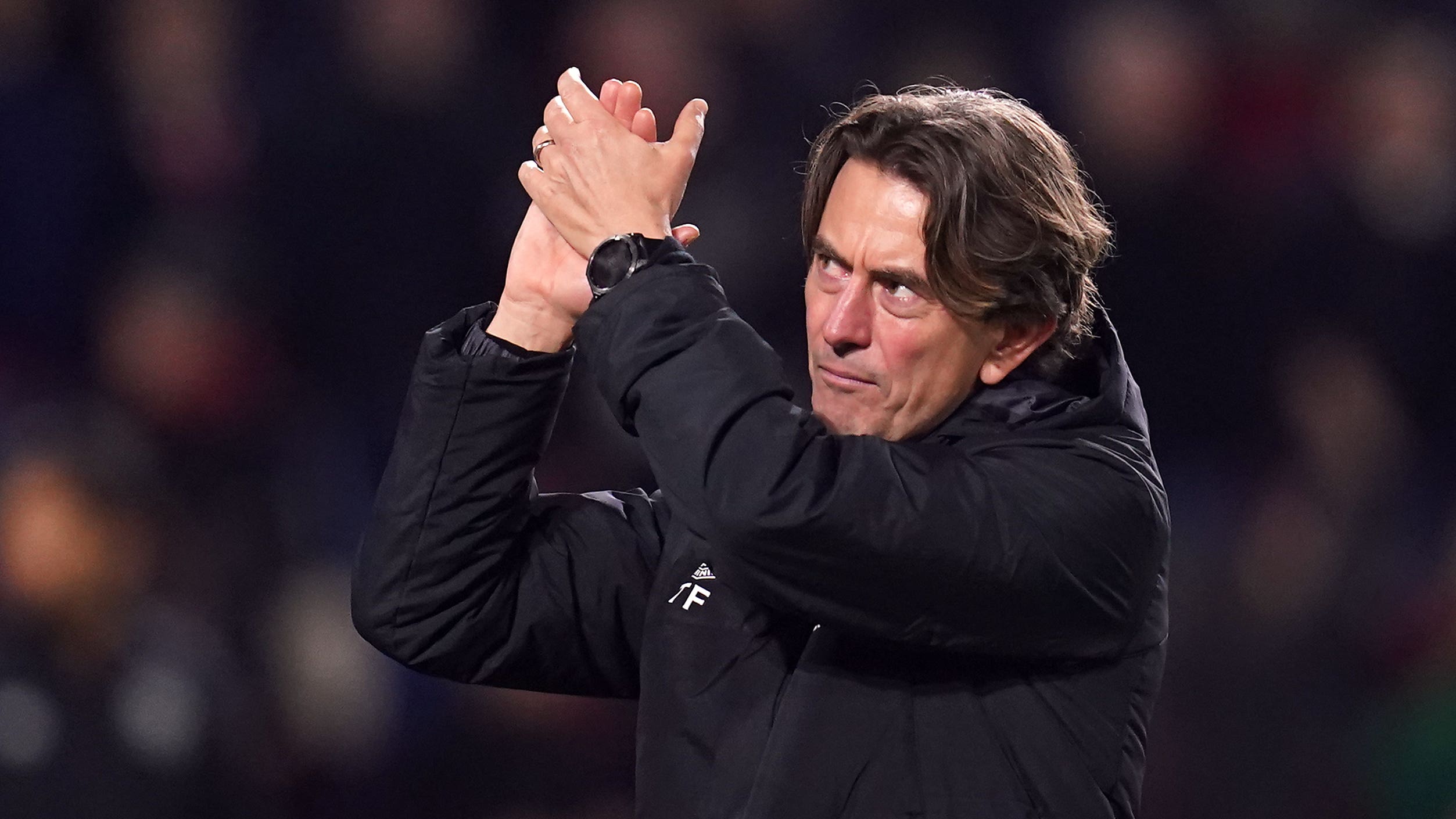 Brentford head coach Thomas Frank has challenged his side to stay on message as they look to maintain their unbeaten Premier League run at Leeds.

Aside from an FA Cup defeat by West Ham with a much-changed side, the Bees have continued to impress following the World Cup break, consolidating their place in the top 10.

Leeds, meanwhile, are scrapping for points to stay clear of the relegation zone and are without a league victory since November 5.

Jesse Marsch’s squad, however, head into Sunday’s game on the back of a 5-2 FA Cup third-round replay win over Cardiff.

The Elland Road crowd will be expecting more of the same against the Bees and Frank knows his players have to stay focused on the job in hand of extending a seven-game unbeaten run.

“We try to be consistent with our messages, what we say to the team during the week and how we train,” the Brentford head coach said.

“Every game has its own story so I try and find a narrative that fits the Leeds game, but inside the bracket of the normal, consistent messages, that is the way we try to build it during the week.

“We run hard and train hard every week to be ready to do that in the matches.

“My message before the Bournemouth game was that we could not drop off, even five per cent.

“We had to be sure that the standards and the training sessions were absolutely 100 per cent, if not more, which the players did. We got the result and we got the basics right.

“Now we are going into Leeds, who are the hardest runners in the division, so we needed to train with an unbelievable intensity this week.

Frank told a press conference: “It is tricky to play every game each week in the Premier League.

“There is always a different story or style of play, but I see that as a great challenge.”

Brentford should have full-back Rico Henry available again after he missed the win over Bournemouth with a calf problem, but former Leeds captain Pontus Jansson will not be in contention to face his old club.

Forward Sergi Canos was an unused substitute last weekend and after making just six appearances this season, he has been linked with a move back to Spain at Valencia during the January transfer window.

Bees boss Frank said: “He has been a big player for us as long as I have been here and before. He is an important player.

“Of course I understand why he maybe wants more minutes, but let’s see what is happening in the next couple of weeks.

“For now – and maybe also further ahead – he is a Brentford player.”