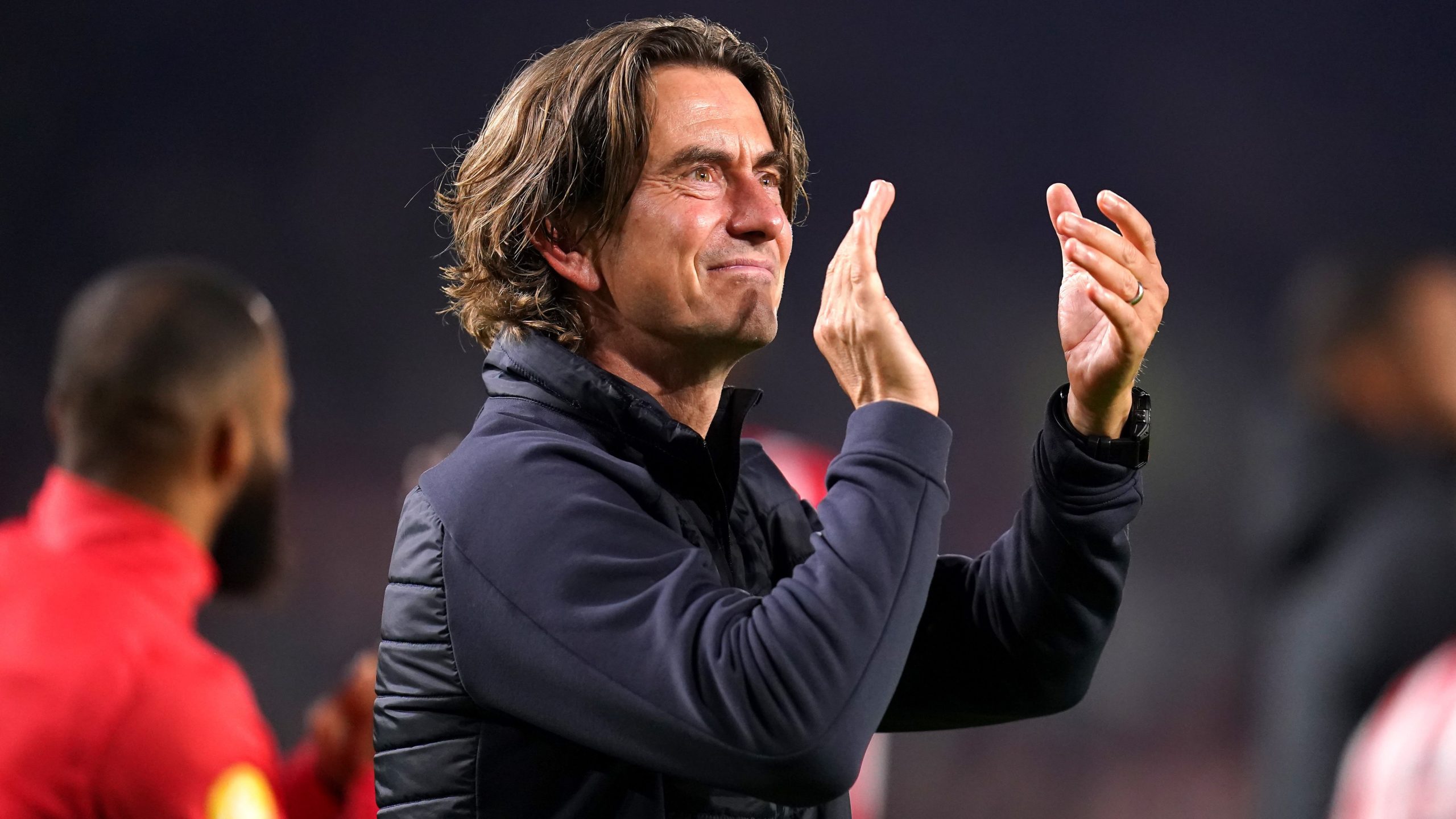 Thomas Frank insisted he has “unfinished business” at Brentford after being linked with the managerial vacancy at Sunday’s opponents Aston Villa.

Thursday’s 3-0 loss to Fulham proved the final straw for Steven Gerrard, who was sacked by Villa before the team bus even left Craven Cottage, with his side languishing in 17th place with only nine points from 11 games.

Frank was quickly named as a potential replacement but the 49-year-old Dane played down the link in his press conference on Friday.

“I understand the bookmakers, I’m a good manager,” he said with a smile. “Joking aside, I’m very happy here. I’ve said that many times.

“I have unfinished business to do here at Brentford. I think it’s also (important) to worship the good you have.”

Frank guided Brentford to promotion via the Championship play-offs in 2021, then to a 13th-placed finish last term. They go into the weekend in 10th, five points better off than Villa.

Frank admitted midfielder Christian Norgaard had asked him openly about the Villa links, but said he was only interested in Sunday’s fixture.

“I can’t speak about the team because I haven’t asked them,” he said.

“I prefer, which we do, to only speak about the game against Villa, how we are preparing to do it with this extra challenge of who is taking over.

“We don’t know what they will do. I prefer to speak about that instead of my future.

“The only player (who asked) this morning was Christian Norgaard. He just said, ‘Ah, there’s links, there’s rumours,’ and I just said, ‘Ah yeah, there are a lot of rumours out there’.”

Gerrard’s exit complicates Frank’s own planning for the game, but he expects to see a reaction from Villa.

“You know they will come out with energy,” he said.

“The fans will probably want to back the team more. They know the boys need them. They got what they want, they didn’t want the manager any more so it’s all about them.

“I don’t know Aaron Danks, the interim, but I imagine he will say to them ‘Play for the fans, run for the fans’ so it will be a very difficult team at Villa Park on Sunday.”

Frank expressed sympathy for Gerrard, who departed Villa Park after less than a year in charge.

Defeat at Fulham came on the back of a 2-0 loss to Chelsea at the weekend which could have been put down to individual mistakes.

“I watched their game against Chelsea, and the way Villa played was very good,” Frank said.

“With the mistake from (Tyrone) Mings after six minutes I was just looking at Gerrard thinking ‘That is tough’.

“I am feeling for him. I’m a head coach and have been for many years. Sometimes you need some luck from the football Gods.”