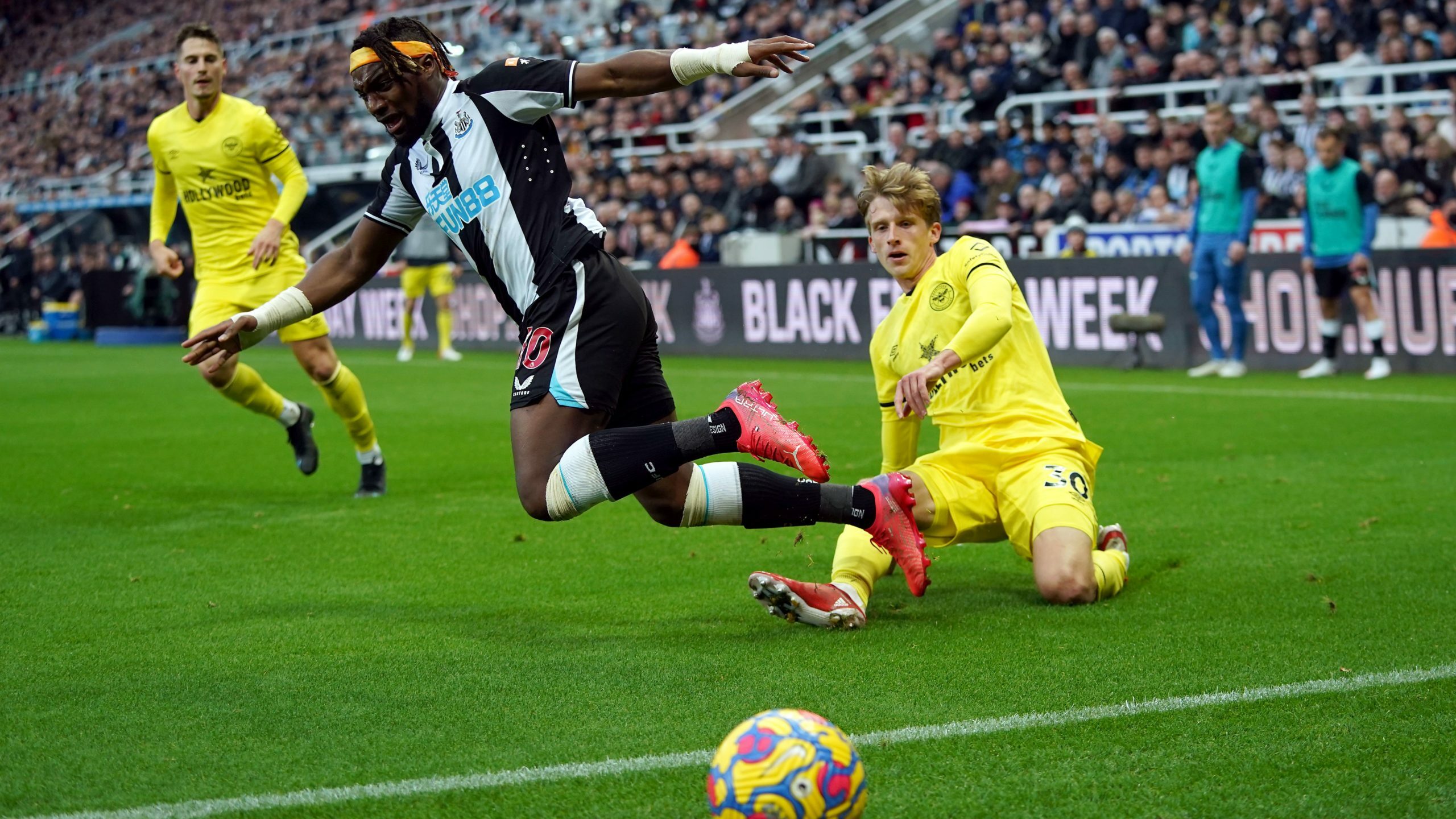 Thomas Frank is pleased Brentford can compete with the big guns

Thomas Frank has acknowledged it would take a “miracle” for Brentford to keep pace with Saudi-backed Newcastle but is determined to upset the top-six hopefuls this weekend.

The Bees make the lengthy trip to St James’ Park with the hosts only a point ahead after eight Premier League games this season.

Brentford also finished their first top flight campaign in 74 years only two positions below Newcastle in 13th, but the gulf in spending power between the teams is clear with Saudi Arabia’s Public Investment Fund holding an 80 per cent stake in the Magpies after they completed a £305million takeover on this day last year.

When Amanda Staveley’s consortium took control of the north-east club they were in the relegation zone and without a win but Eddie Howe managed to turn around their fortunes and is now eyeing a route into the so-called big six.

“If we have the money we have now, they have their money and we continue doing that (path), if we are the same level at the same time, it will be an even bigger miracle than it is now that we are competing,” Frank admitted.

“Of course we know in football money talks. It is a very important part and that is one thing but the very good news is it is not only about money.

“Over time it is very difficult to compete against the big, big money and that’s why we talk about the big six. It is not only about their history and size of the club, but mainly because they just have a much larger budget than everyone else.

“Newcastle want to challenge that and there is no doubt they are aiming to be top six so maybe we need to start to talk about a top seven in the future. Put that aside, us being a bottom two budget club in the league, it is remarkable what we are doing.

“But I would like to praise Eddie Howe, his coaching staff and the players because I think they have done a very good job so far.

“St James’ Park is one of the most difficult away grounds to go to but we are in with a chance and looking forward to it. We will do our best to attack and go out there with the best intention of getting three points.”

Brentford claimed a point on the road at Newcastle last season following an entertaining 3-3 draw in Howe’s first match in charge.

Former Magpies forward Ivan Toney netted against his former employers last November and returns to his old stomping ground aiming to add to his five-goal tally to boost his hopes of earning a spot in Gareth Southgate’s England squad for the upcoming World Cup.

Frank added: “I think for Ivan the most important thing is to perform every day at the training ground and then perform on Saturday against Newcastle, hopefully score a goal or two. Keep doing that and with his performances he needs to ask questions to Gareth Southgate.

“If you ask me, I see Ivan every day and I am bias but I think he should be there. There are so many things playing into that when you need a full squad and to be fair I am sure Gareth will look more broadly across all the England players.”