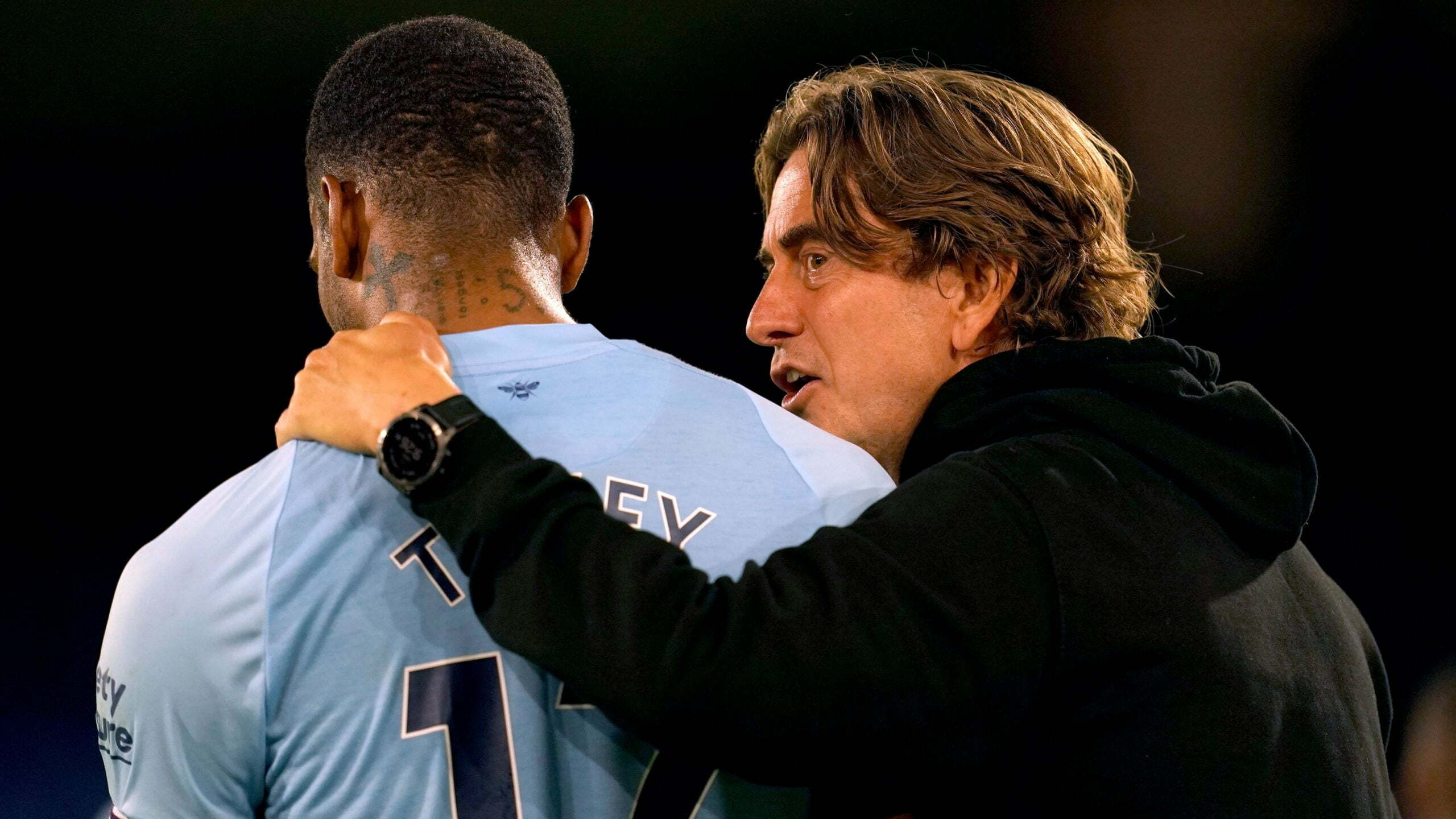 Brentford boss Thomas Frank sees no reason why any of his players should allow their focus to dip ahead of the World Cup break.

Bees striker Ivan Toney is hoping to make the England squad, while Mikkel Damsgaard and Mathias Jensen have ambitions with Denmark, midfielder Bryan Mbeumo could be involved for Cameroon in Qatar, along with Iran forward Saman Ghoddos and Spanish goalkeeper David Raya.

Brentford have three games left before domestic football pauses mid-season, starting at bottom club Nottingham Forest then hosting Gillingham in the Carabao Cup ahead of a trip to Manchester City on November 12.

Despite the hype set to build ahead of kick-off in Qatar on November 20, Frank expects all of his squad to remain fully concentrated on the job in hand.

“I understand the perspective in the World Cup coming up,” Frank said.

“It is the biggest tournament in the world and a big thing for the players that potentially can go and represent their countries, but I haven’t seen any drop in training intensity.”

The Brentford boss told a press conference: “It is a massive story for the club.

“From where we have come from to hopefully be represented with a player in the Spanish squad, the England squad, Cameroon, Iran and Denmark. We are proud every single time a player is called up.”

Toney was called into the Three Lions squad for the first time during September but did not get onto the pitch for the Nations League matches against Italy and Germany.

Frank believes the Bees frontman, who has eight Premier League goals so far, would be an asset in Southgate’s World Cup squad, which will be named on November 10.

“I think you need specialists in a squad of 26 players,” the Brentford boss said.

“He (Toney) is a specialist, not only with penalties which is an extra plus, but he can score goals and arrive in the box.”

With Chelsea defender Ben Chilwell suffering a hamstring injury in the Champions League match against Dinamo Zagreb, it has been suggested Bees left-back Rico Henry could be handed a call-up.

“Maybe it depends if Gareth Southgate wants to take any new players who’ve never been with the team before,” Frank said.

“Rico has progressed well this season. There have been some really high and top performances, like Crystal Palace away and Chelsea.”

Frank confirmed no fresh selection concerns following the 1-1 draw against Wolves, but will be without Toney who picked up a fifth caution last weekend and must serve a one-match ban.

Midfielder Jensen should be involved after recovering from the dead leg which forced him off shortly before half-time.

Christian Norgaard, who has been out since late August, could be set for a return either on Saturday or in next week’s cup tie.