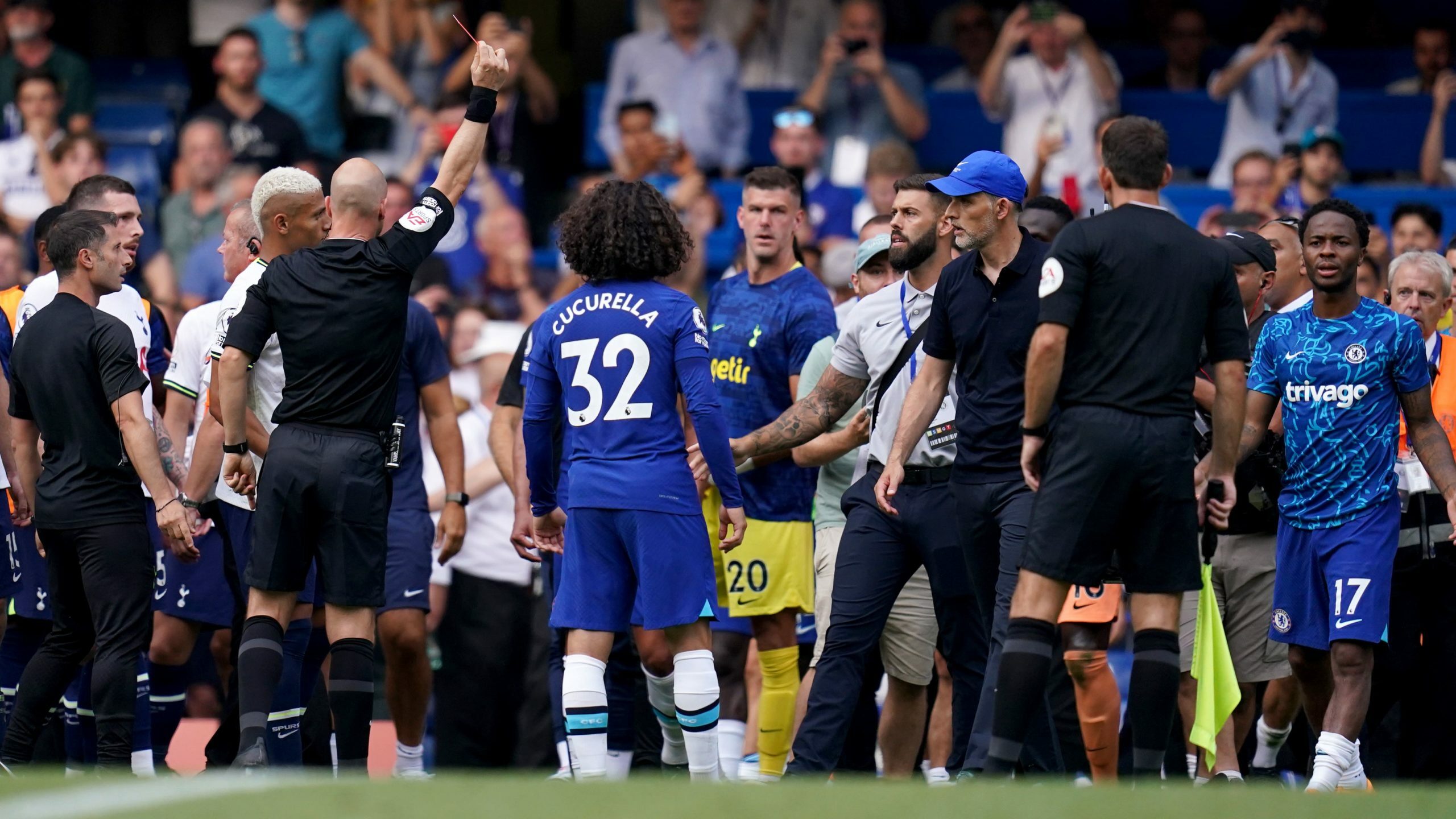 By By Damian Spellman PAAugust 31, 2022No Comments

Chelsea boss Thomas Tuchel has been fined £20,000 after suggesting referee Anthony Taylor should not be allowed to take charge of the club’s matches in the future after a controversial derby draw with Tottenham.

The 49-year-old German has also been warned about his future behaviour after admitting a Football Association charge of improper conduct brought as a result of outspoken comments made in his post-match press conference following the game at Stamford Bridge on August 14.

An FA statement said: “An independent regulatory commission has ordered Chelsea’s Thomas Tuchel to be fined £20,000 and warned about his future conduct for breaching FA Rule E3.1 during a post-match press conference on Sunday, August 14 2022.

“The manager admitted that his comments after their Premier League match against Tottenham constitute improper conduct as they imply bias, question the integrity of the match referee, and bring the game into disrepute.

“The independent regulatory commission’s written reasons for this fine and warning will be published in due course.”

The Chelsea head coach and opposite number Antonio Conte were booked following a melee on the sideline during the game, with the home side appealing in vain for a free-kick in the build-up to the visitors’ open goal as Pierre-Emile Hojbjerg cancelled out Kalidou Koulibaly’s opener.

However, they were both sent off following another clash as they shook hands on the final whistle as Kane’s late header robbed Reece James of his status as match-winner seconds after Spurs defender Christian Romero had avoided punishment for pulling Marc Cucurella to the ground by his hair despite a VAR check.

He added: “I don’t think that just some of the fans think that; I can assure you that the whole dressing room of us, every person thinks that.

“Not only the fans. You know the players, they know what’s going on when they are on the pitch. They know it.”

VAR official Mike Dean later admitted he should have asked Taylor to review the Romero-Cucurella incident.

Tuchel was handed a one-match touchline ban – against which he appealed unsuccessfully – and a £35,000 fine for his part in the fracas, while Conte was fined £15,000 but received no further punishment.