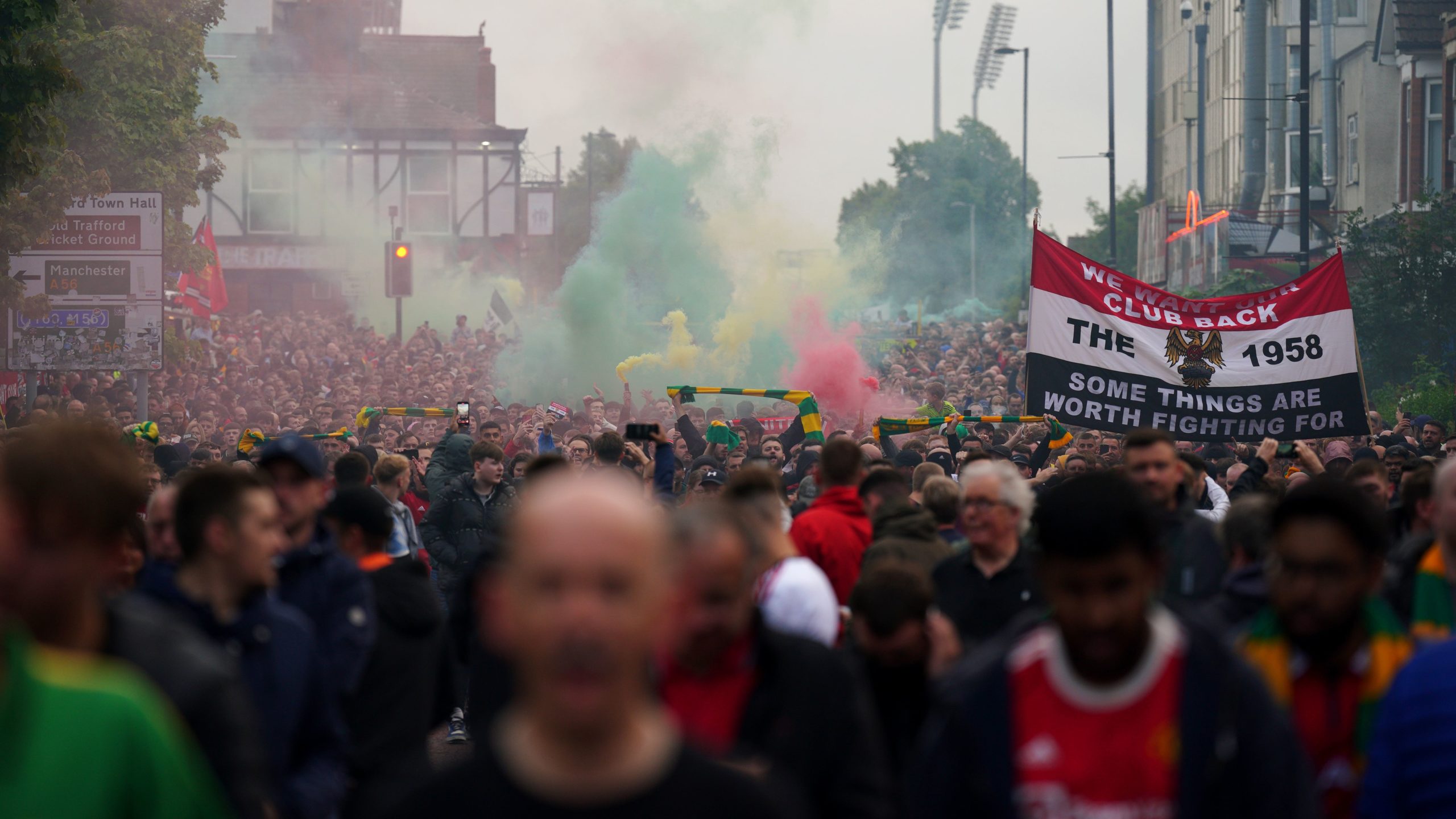 Thousands of Manchester United fans descended on Old Trafford to protest against the Glazer family ahead of the Premier League clash with rivals Liverpool.

Supporters are at their wits’ end with the owners, and recently-formed supporters group The 1958 led the latest protest against the Americans before kick-off on Monday.

Hordes of fans congregated at the Tollgate pub for the planned anti-Glazer protest before the game.

‘United for $ale’ read a banner stretched across the front of the march that moved slowly and loudly towards Old Trafford, with more supporters joining en route.

Plenty of police were present as fans chanted for the Glazers to leave, with banners held aloft and smoke from flares filling the air.

Inside the ground it was noticeably quiet as kick-off approached.

The protest reached Old Trafford around 30 minutes before kick-off as relentless chants against the Glazers filled the air.

Meanwhile, Liverpool fans inside the ground sang ‘Up the Glazers’ and brought hundreds of masks of Avram Glazer, United’s executive co-chairman and director.

The club confirmed the signing of Real Madrid midfielder Casemiro before kick-off, parading the Brazil international on the pitch as applause mixed with anti-Glazer chants.