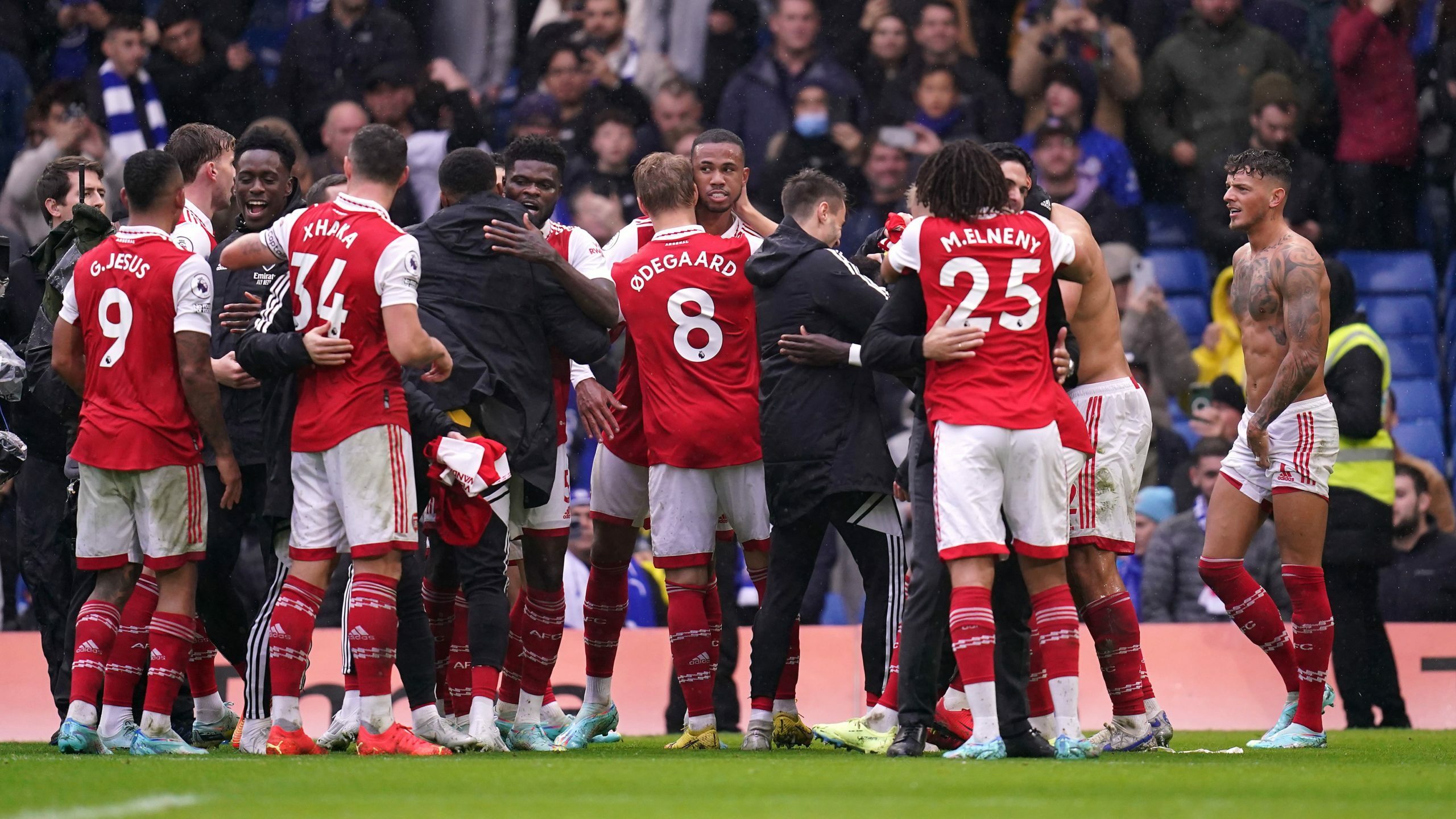 Arsenal top the Premier League table after being unseated for a day by Manchester City during an intriguing round of fixtures.

The Gunners and the reigning champions kept up the pace at the summit, while Newcastle’s quest to upset the established order remained on track and Unai Emery celebrated his return to English football with a famous scalp.

Here, the PA news agency takes a look at what we learned from the weekend’s game.

Arsenal are starting to look the real deal after grinding their way to a 1-0 victory at Chelsea to climb back to the top of the Premier League table. By contrast, the flakiness which has hampered north London rivals Tottenham in recent weeks returned to haunt them as Liverpool made a successful trip to the capital. Mohamed Salah’s first-half double ensured injury-hit Spurs trailed 2-0 for the fourth successive league game and Harry Kane’s goal was not enough to rescue Antonio Conte’s men as they slipped to a third defeat of that run despite mounting a concerted fightback.

You can’t keep a good man down

On an afternoon when all the talk before kick-off was of Erling Haaland’s absence from the Manchester City starting line-up at home to Fulham, there was an inevitability about the way in which he eventually left his mark on Saturday’s game. Climbing from the bench 26 minutes from time with the scoreline at 1-1 and City down to 10 men following Joao Cancelo’s early dismissal, Haaland saw a headed goal ruled out for offside after a VAR review and then converted a stoppage-time penalty – if only just – to send the Etihad Stadium into raptures.

Aston Villa enjoyed a new manager bounce on a bad day for Manchester United as Unai Emery launched his reign with a superb 3-1 victory to suggest better times are around the corner. Villa ran out having won just one of their six previous league games and sitting just above the drop zone, while United kicked off boasting a nine-game unbeaten run in all competitions. The challenge for Emery now is to keep it going.

Miggy in the middle

Miguel Almiron’s Newcastle career has been something of a slow-burner, but it has caught alight in spectacular fashion in the last few weeks. The Paraguay international scored his seventh goal in as many Premier League games during Sunday’s 4-1 win at Southampton, taking his tally for the season to eight and in the process matching his best return to date for an entire campaign in English football.

Whatever challenges Jesse Marsch faces as Leeds boss, he at least knows his team – and in particular Crysencio Summerville – will go all the way to the final whistle. The 21-year-old Dutchman has scored in each of the club’s last three games, a stoppage-time consolation strike against Fulham, an 89th-minute winner at Liverpool and the clincher six minutes from time in Saturday’s seven-goal thriller against Bournemouth after kamikaze defending had left the Yorkshire side trailing 3-1.