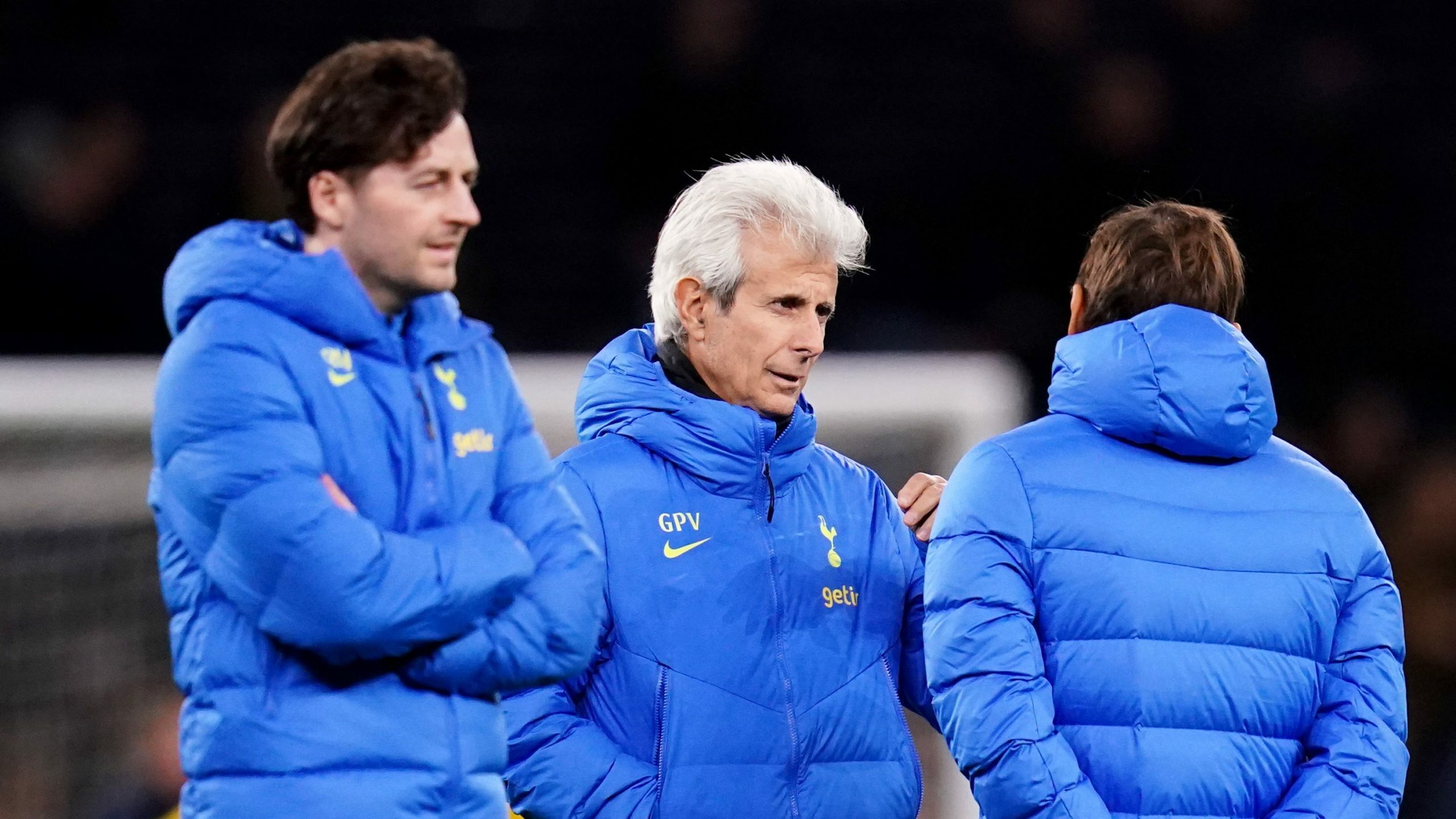 A minute’s applause will take place before Tottenham’s match at Brighton on Saturday in memory of fitness coach Gian Piero Ventrone.

Spurs confirmed on Thursday morning the highly respected Italian had died at the age of 61.

Ventrone had joined the club last November alongside manager Antonio Conte and was described as a “hugely popular figure with players and staff” in a statement to confirm his death.

Tottenham have now revealed plans to pay their respects to the experienced coach, with players from both clubs wearing black armbands at Brighton while further tributes will occur in next week’s home fixture with Eintracht Frankfurt.

“Following yesterday’s sad news, we can confirm that we shall pay our respects to Gian Piero Ventrone at Saturday’s Premier League fixture against Brighton & Hove Albion at the Amex Stadium,” a club statement read.

“Our squad will warm up in t-shirts that pay tribute to our late fitness coach, while players on both sides will wear black armbands as a mark of respect. There will also be a minute’s applause ahead of the 5.30pm kick-off.

“We shall look to further honour Gian Piero at Wednesday night’s UEFA Champions League fixture against Eintracht Frankfurt at Tottenham Hotspur Stadium, our first home match since his passing.

“Our thoughts continue to be with his family and friends at this sad time.”

The likes of Harry Kane and Son Heung-min lead the tributes for Ventrone, who built up his reputation of intense fitness sessions during a lengthy association with Juventus, where he won multiple trophies.

He said on Twitter: “I’m absolutely devasted by the loss of Gian Piero.

“He has made such an impact on me and I feel so lucky to have spent the last year alongside him. We will all miss you. Thankyou prof.”

Tottenham boss Conte cancelled his scheduled Thursday press conference as a result of Ventrone’s death and will not conduct any media session on Friday either ahead of this weekend’s trip to Brighton.

Forward Richarlison insisted the players would play in honour of the innovate coach, who was part of Italy’s triumphant 2006 World Cup-winning squad and nicknamed ‘the Marine’ in his home country.

“We will continue to play for you, my friend, who taught us to never give up! Thank you so much and rest in peace,” Richarlison said on Twitter.