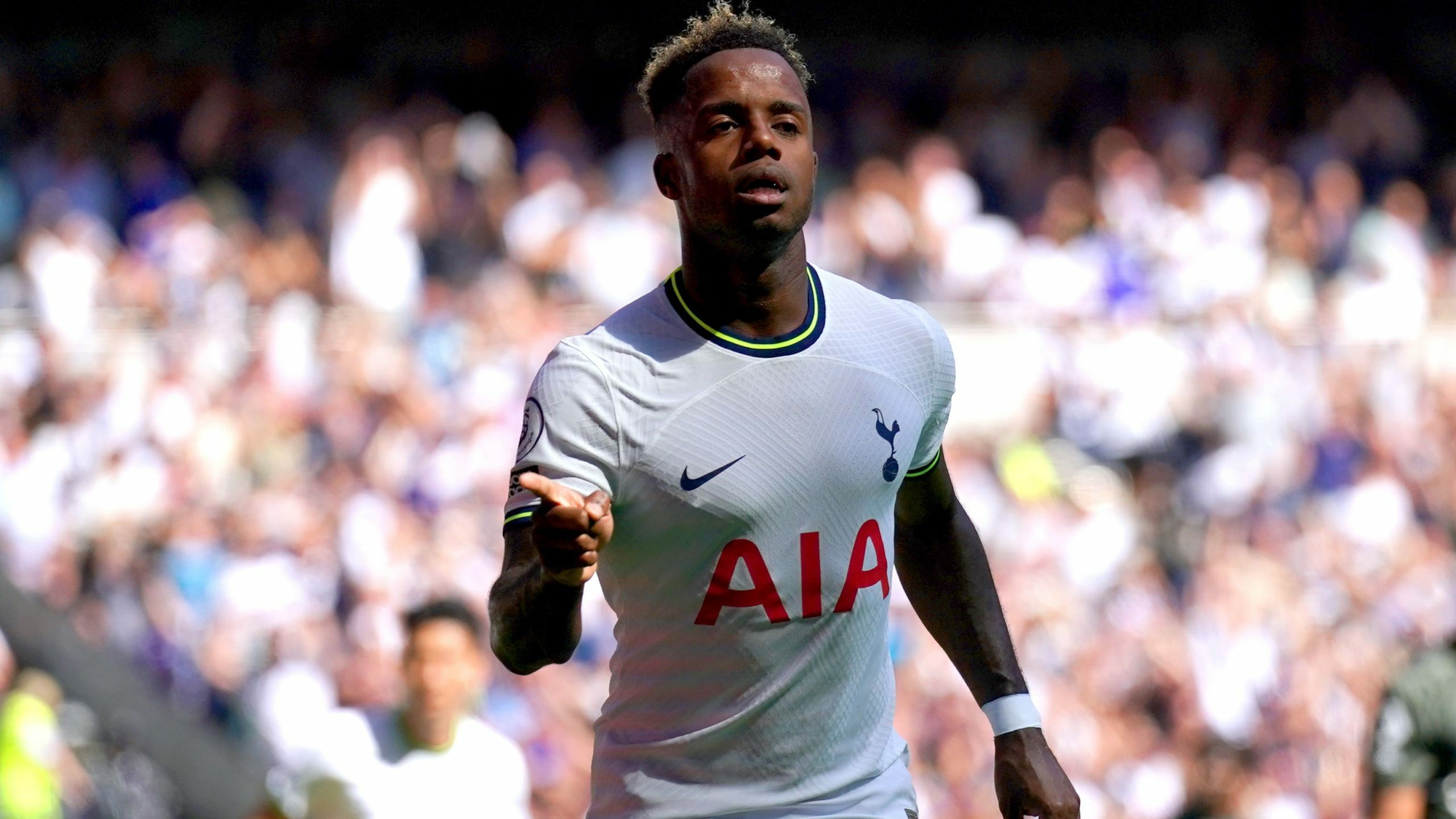 The 22-year-old is revelling in playing under head coach Conte as he looks to cement himself in the Spurs line-up, having joined from Fulham in 2019.

He has made six appearances this season – scoring his first goal for the club in the 4-1 opening-day win over Southampton – and is now belatedly feeling ready for the challenge of the Premier League thanks to Conte’s demanding but “very clear” methods.

“The other managers I’ve had at Spurs have been a bit more chilled with training,” said the wideman, who is currently preparing for England Under-21s’ friendly in Italy on Thursday.

“With this gaffer, even if we’re doing tactical stuff, it’s still physically hard… The longer runs, the hard distances – eight or nine kilometre runs in training three days before games.

“It’s hard, but your body adapts. Then when you’re on the pitch it benefits you. I feel the whole team is stronger, can go stronger than other teams.

“I was injured when he first came in November last season. He makes the injured players watch the tactical sessions and I was the first to sit aside and watch the way he wants us to play.

“Then you go and do your physical stuff – they are long days. As a team, I don’t think we were really fit and he made us run a lot. I knew when I came back that I had to be ready for the levels.

“The way he wants us to play… Everyone knows how intense the Premier League is.

“It’s been difficult trying to put in different ideas that different gaffers want. Now the gaffer is very detailed, we have a lot of tactical meetings and sessions.

“He is very clear on what he wants. It’s probably the first time in my Spurs career that I know what to do with and without the ball in a situation where the formation is clear.”

Sessegnon has been blighted by hamstring troubles in the last few years, having suffered a serious injury with the Young Lions at Euro 2019 before joining Tottenham later that summer.

He spent two weeks in Portugal with a personal trainer in the summer, however, in a bid to combat the issues and build up his strength, and now hopes his problems are behind him.

“Football is a rollercoaster, there are a lot of ups and downs. It’s not been easy – I was doing well at Fulham and then hit by so many obstacles at Spurs,” he said, having made just 39 appearances in all competitions for the north London club in three years.

“Now I’m coming through the other side. It’s been hard work mentally and physically. I’m looking forward to the future.

“It was very frustrating. The worst thing is injuries, especially the same one that keeps happening. You have to track back, look at your body and ask why this keeps happening.

“That is what I did, and tried to pinpoint the things to improve. Thank God it’s been good so far and long may it continue.”

Sessegnon is on Young Lions duty as they continue preparations for Euro 2023 with Thursday’s friendly in Pescara and Tuesday’s game against Germany in Sheffield.

He added: “We need to set down how we want to play and the situations we could find ourselves in. We’ve got two hard games against two good teams but we are a good team as well.”