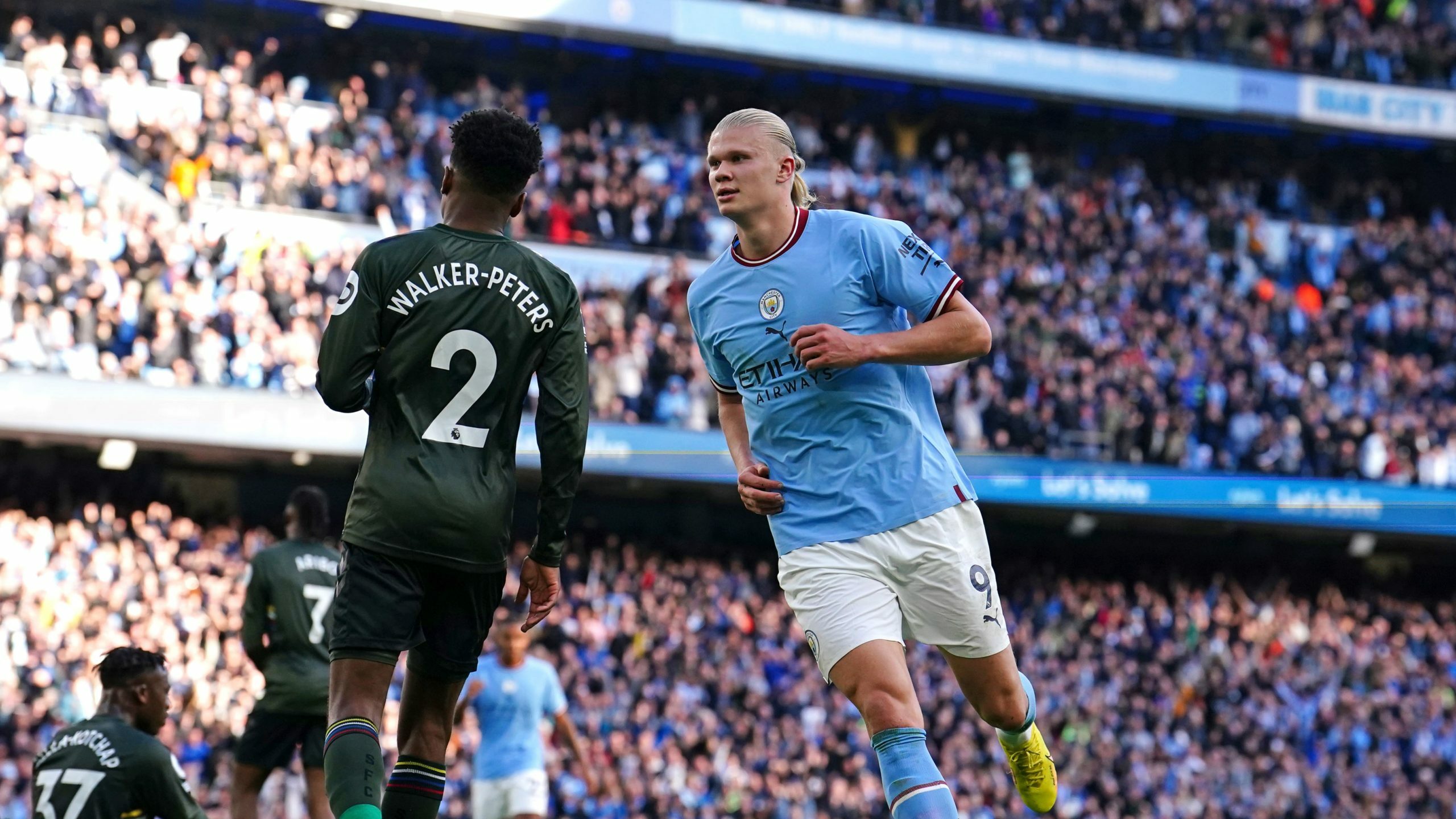 By By Andy Hampson PAOctober 8, 2022No Comments

Erling Haaland scored yet again as Manchester City piled on the pressure for Southampton manager Ralph Hasenhuttl with a 4-0 win at the Etihad Stadium.

Haaland claimed his 20th goal in just 13 City appearances as the champions moved top of the Premier League with a routine victory on Saturday.

Joao Cancelo, Phil Foden and Riyad Mahrez had already scored by the time the Norwegian, who had earlier hit the woodwork and spurned a handful of other chances, finally found the net in the second half.

It put the seal on another fine performance and took City’s goal tally from the three games they have played in the past week to 15.

Yet while Pep Guardiola’s formidable side could once again look down on the rest of the competition – at least until Arsenal’s clash with Liverpool on Sunday – it was another dismal afternoon for Saints.

Hasenhuttl’s side have now lost four games in succession and the Austrian may do well to survive in his job much longer. Saints fans were reduced to celebrating winning corners by the end, such was the nature of their surrender.

Yet they will not be the last side to be outplayed by City, who set the tone in the first minute when Mahrez forced a good save from Gavin Bazunu.

Mahrez, who had retained his place ahead of the in-form Jack Grealish, then volleyed over when well placed.

City fans may have been wishing those chances had fallen to Haaland but the Norwegian also proved that he is fallible.

Haaland looked certain to score as he raced through from a Foden pass but his shot struck the inside of the post.

That was a let-off for Southampton but their luck did not last much longer as Cancelo charged through their defence to open the scoring with a thunderous shot.

Haaland’s next attempt was blocked by Che Adams and Foden was thwarted by former City keeper Bazunu but the England international was not to be denied for long.

De Bruyne was the provider, registering a new club record 94th Premier League assist as he slipped the ball into the box for Foden to finish with an exquisite lob.

Stuart Armstrong lashed a shot over as Southampton threatened for the first time but normal service was resumed after the break.

In another high-quality City move, Mahrez claimed the third on 50 minutes with a left-footed volley from a tight angle on the right after Rodri lofted the ball into the box.

Haaland, still looking to get in on the action, then shot just wide before unexpectedly failing to make contact with a De Bruyne ball across the six-yard line. It began to look like it would not be his day as, with Julian Alvarez warming up, Haaland was played in by De Bruyne again only for Bazunu to get to the ball first.

Yet the 22-year-old battled on and was typically in the right place to turn home a square Cancelo pass from close range after the Portuguese had linked with De Bruyne.

The job was done and City eased to the final whistle, even allowing Southampton some belated possession.