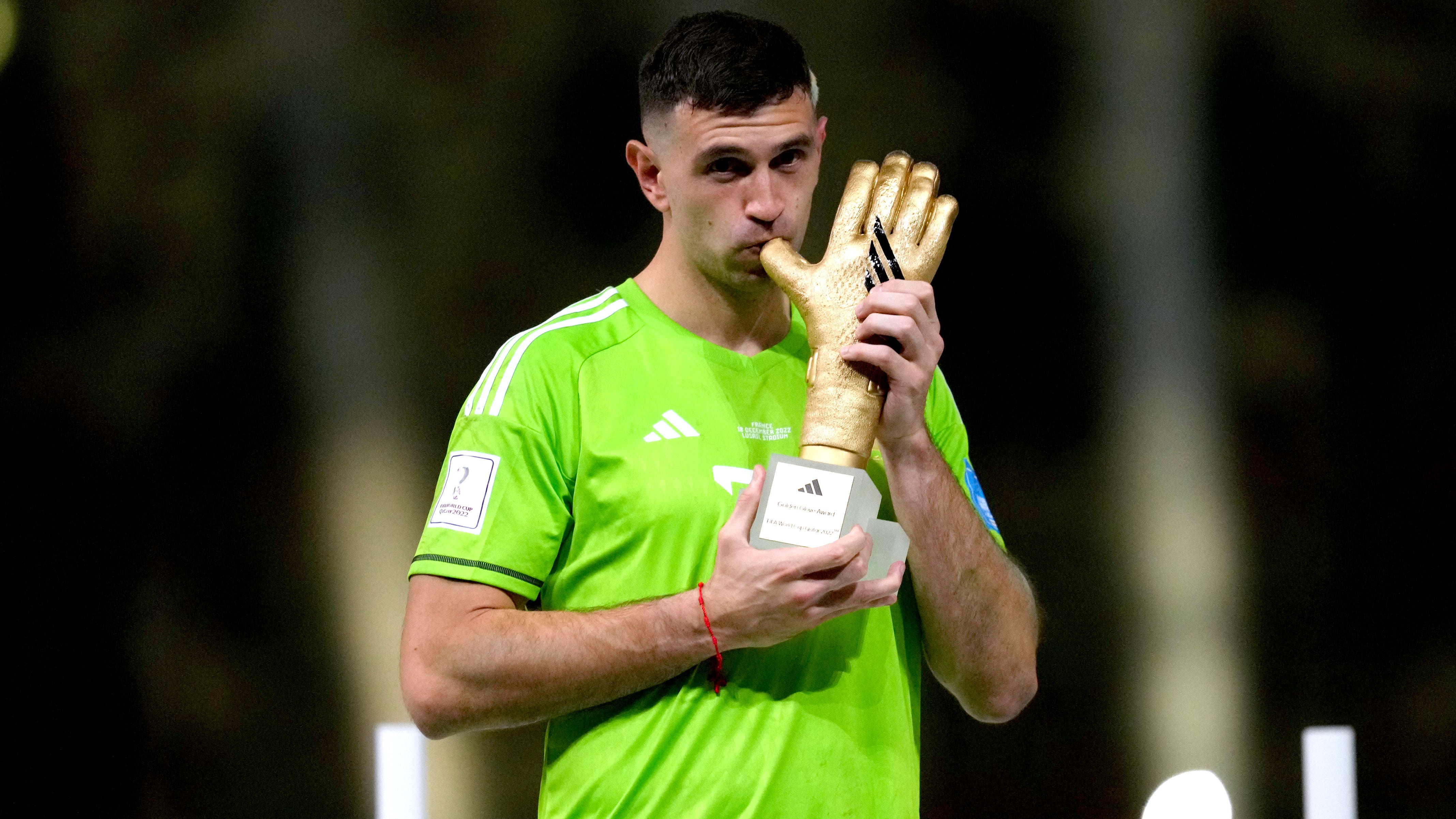 The Argentina goalkeeper has returned to Villa after lifting the World Cup in Qatar earlier this month.

He is due to be available for the New Year’s Day trip to Tottenham after missing Boxing Day’s 3-1 defeat against Liverpool.

But after his heroics in Doha – and controversial celebrations – Emery wants the 30-year-old to be ready emotionally.

“He is going to be available physically and his mentality we are going to check,” he said.

“Hopefully he is coming 100 per cent focused on Aston Villa. Of course he needs to adapt quickly again in our work.

“When Emiliano is coming back (he has) to adapt again in a new way with us.

“Congratulations to him and now we are here thinking of our step ahead with Aston Villa.

“For us we are proud of him. Every Aston Villa supporter must be proud of him. We have in our team and our squad a winner of a World Cup, which he deserves.

“He is pushing his team-mates on the training ground every day.

“When he is coming back we have to try to introduce him again into our everyday and to be positive to use his energy and trying to use his mentality to help us.”

Villa sit 12th in the Premier League with Emery having won two and lost two since being appointed as Steven Gerrard’s successor in November.

“I know Antonio Conte’s teams,” added the Villa manager, who is without the injured Jacob Ramsey and Diego Carlos. “He is so competitive and a successful coach in Italy and England as well.

“They are so competitive and with very fast, strong, players. They like transition and have very good players.”