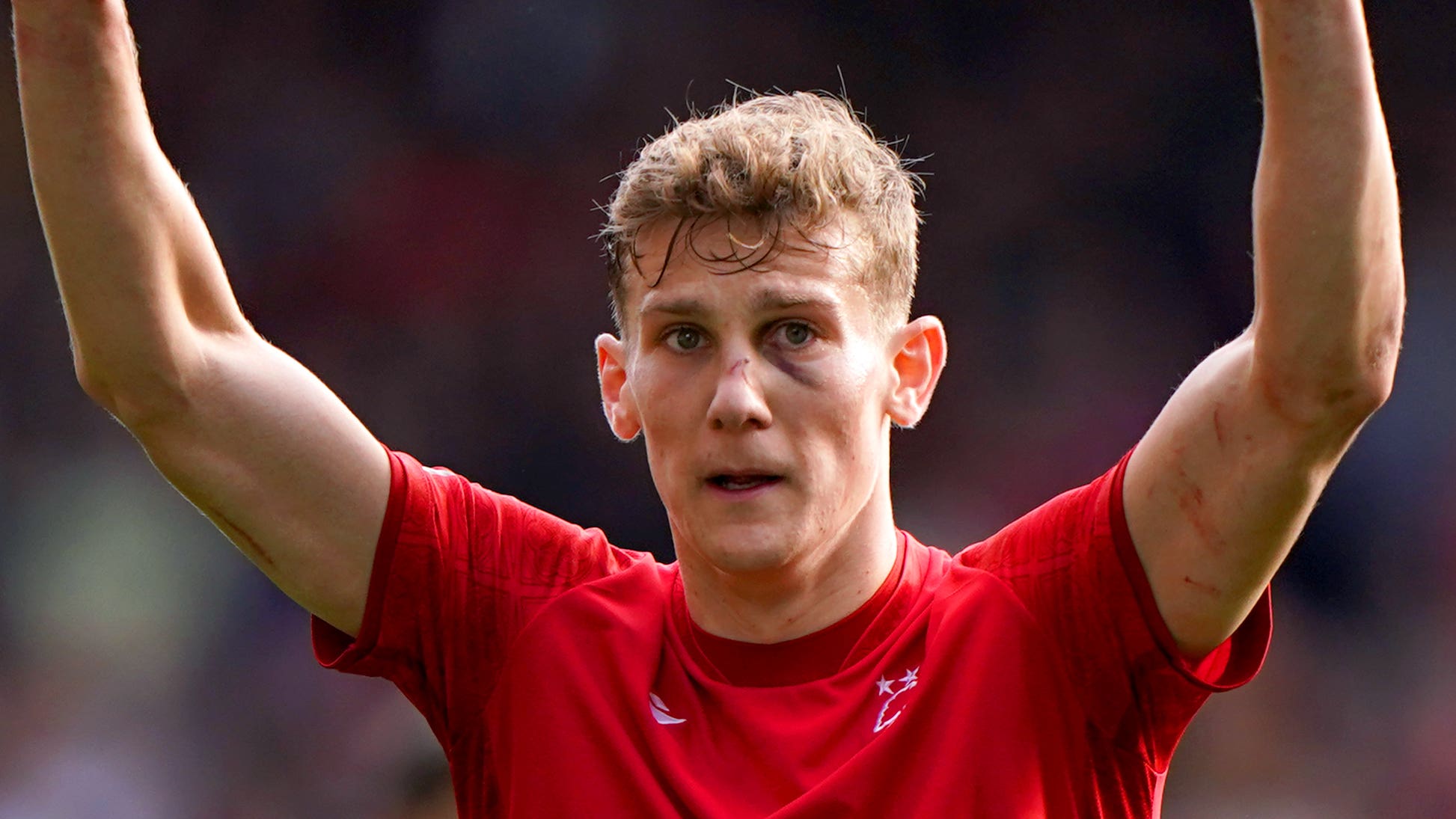 Nottingham Forest midfielder Ryan Yates says no Premier League side should be off limits after their stunning victory over Liverpool.

It had looked like they would be heading straight back to the Championship after their difficult start, but the manner of the victory over Jurgen Klopp’s side will give them hope they can begin to make a better fist of their top-flight return.

Yates said the statement victory shows they have no reason to fear any team, starting with next week’s visit to leaders Arsenal.

“If we can beat Liverpool, then we can beat anyone,” Yates said. “We haven’t had the best of results, but it’s all about not hiding and going out and performing.

“We’ve given the fans what they deserve. We’ve worked so hard to get here, so let’s enhance the opportunity.

“We’ve got to take so much confidence and belief from results like that.

“And why not? We’re looking forward to the next game. We’d like it to have come a bit quicker, but hopefully the Emirates can be another special day.

“The win means everything. We had a tough run, so we had to go back to basics and change shape, but in the last few weeks we’ve been building and building.

“This is a special day. But we’re not satisfied, we want to keep improving.”

They were helped by a Liverpool side showing five changes not being anywhere near their best as their recent upturn hit a bump.

Curtis Jones was drafted into the starting XI at short notice following illness to Thiago Alcantra, who had to go to hospital with an ear infection.

It gave him his first start of the campaign after an injury lay-off and he was pleased to get back out there.

“So yeah, I’m tired but that’s part of the game. It’s a Premier League game, it’s always going to be hard, non-stop work. But I’m fit and ready now.

“It was a stress response. It was basically swelling in the bone. But if you carry on with it, it can go to a fracture and then a break. It was the first time I’d had anything like that, to be honest.

“Touch wood this doesn’t change, but I’m a kid who never gets injured. I don’t pull hamstrings, quads, calves, stuff like that.

“When I’ve been injured, it’s been like a freak one. I was poked in the eye last season and out for six weeks, and this season I had a stress response in the bone.

“I was out for four weeks, I came back and trained twice, felt it again and was out for another six. It was a difficult time, but now I’m back I’m happy and I have a point to prove.”