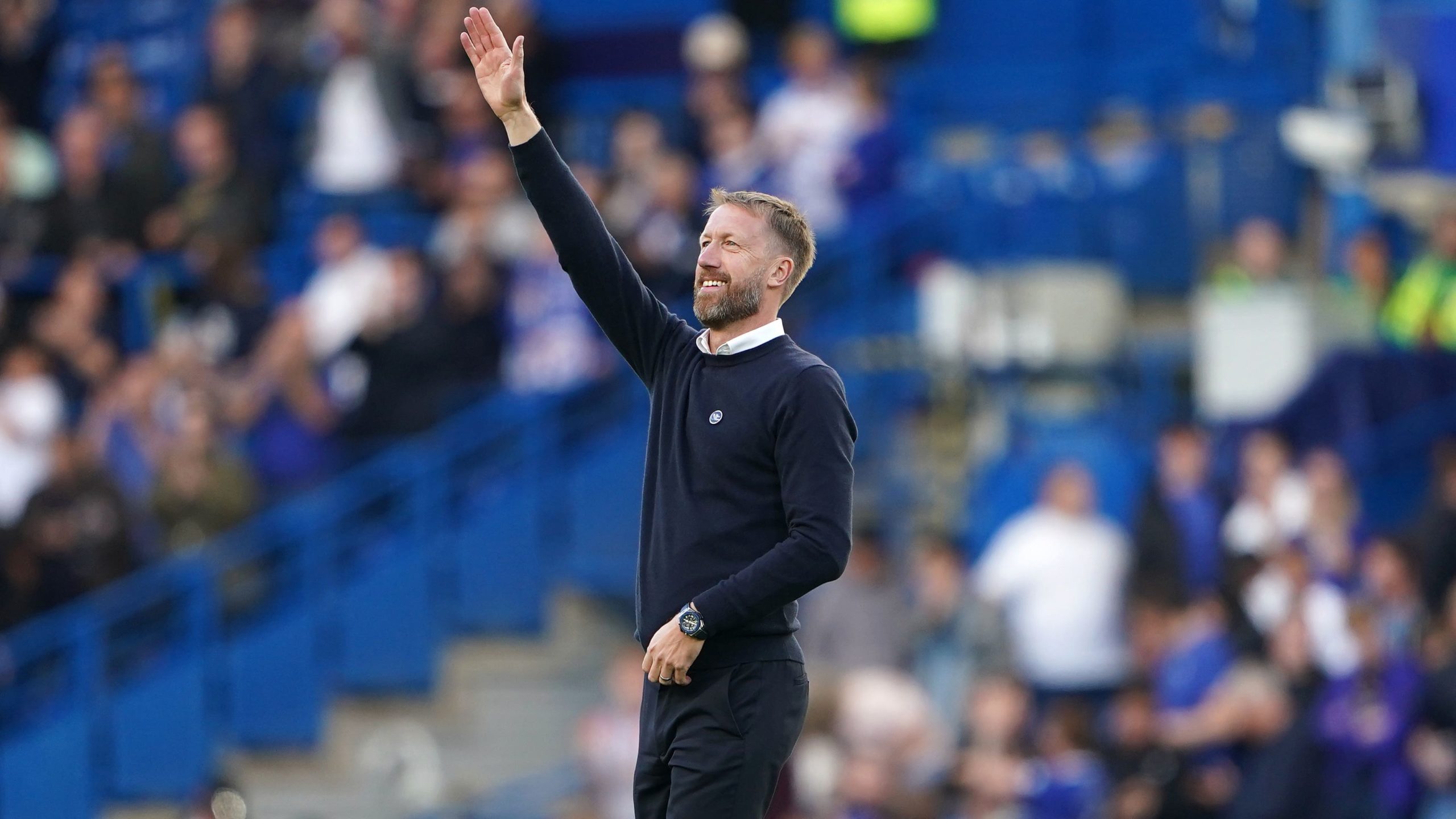 Graham Potter wants to make full use of Chelsea’s squad depth and believes honesty in explaining his selections is key to keeping all his stars happy.

Chelsea cruised past managerless Wolves 3-0 at Stamford Bridge to move fourth in the Premier League having made seven changes from Wednesday’s 3-0 win over AC Milan.

Reece James, Ben Chilwell and Mateo Kovacic were on the bench and the Blues were also without the recovering N’Golo Kante and the injured Wesley Fofana.

Asked how he can keep such a deep and talented squad happy, Potter replied: “My experience of pro footballers, whatever level, is they want to play football; so you have to respect that,” said Potter.

“But at the same time part of the deal coming to that club like this is there’s a lot of competition.

“You have to fight, but you have to help the team, be ready to play your role.

“All you can do is be honest, be clear and be ready to admit that you’re not always right but that we’re doing it with good intentions.

“It’s important that we have a strong group, a strong collective. It’s credit to the players because there’s a good group here, I can’t complain.

“As long as there are reasons there, it’s about communicating them and somebody’s got to make the decisions. It’s worked out well today and credit to the players.

“When you’re playing three games a week, you’ve got to make decisions around fresh players, when players are determined and desperate to play.”

Potter hailed the former Southampton loanee and Blues academy graduate for seizing his chance to shine.

“That was a big goal for him and he’s been having an impact off the bench,” said Potter.

“He’s having to be patient, but he’s working hard in training. The academy players are vital; they bring an understanding of the club, culture, demands, what’s required in terms of environment.

“They’ve had a fantastic education with the academy, they are good people and good footballers. Our job now is to help them maximise their potential.”

Former Chelsea star Diego Costa battled hard but could not force any breakthrough for Wolves on his Stamford Bridge return.

The 34-year-old received a rapturous reception from the Blues fans on his second-half substitution, even high fiving Chelsea supporters in the Matthew Harding Stand on his way off the pitch.

“His commitment’s unquestionable having spoken to him,” said Davis.

“We’ve spoken to him through an interpreter. You can see on the training ground, working with him every day that he’s committed, that he wants to do well.

“I didn’t see it (the high-fiving), so I don’t know anything about it. I wasn’t too sure what he was doing but I’m not too concerned.

“The fact is he’s a legend here, so I get it after a result of that nature. So I haven’t seen it so I can’t really comment any more than that.”